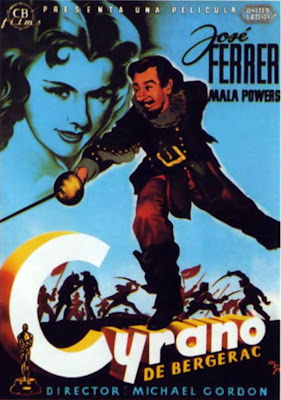 Cyrano(José Ferrer), is a charismatic swordsman-poet with an enviable vocabulary at his feet. Though he can turn a pretty verse and heroically fight a hundred men at once, he can’t seem to win the love of a woman or more importantly, a certain woman, Roxane (Mala Powers). Cyrano blames this solely on his large proboscis, a sore point and cause of many a duel. Though he is hopelessly in love with
Roxane, he chivalrously agrees to protect and encourage a love match between her and the man she does adore, Christian (William Prince). Unfortunately, Christian isn’t as pretty with words as he is with deeds and relies on Cyrano to help him woo Roxane. However, the innocent deception turns out to have tragic results. 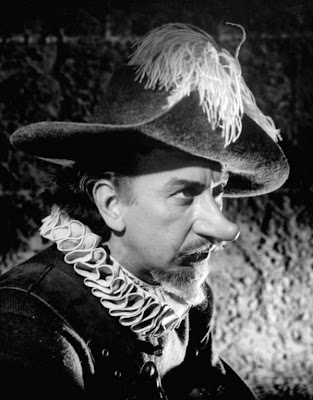 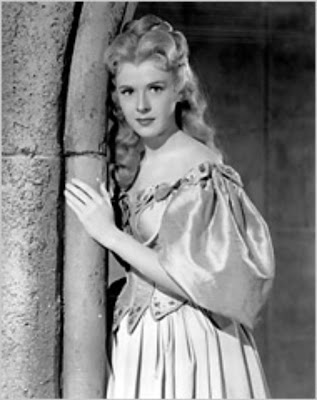 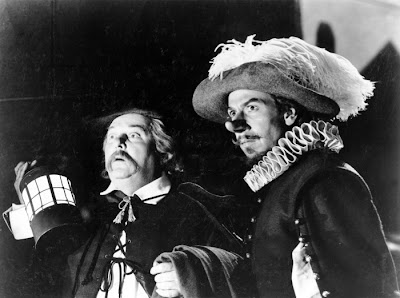 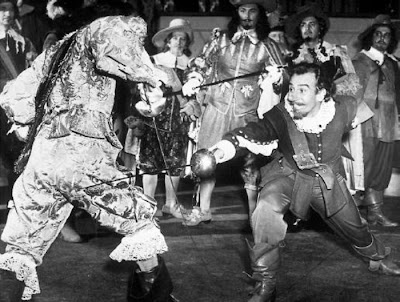 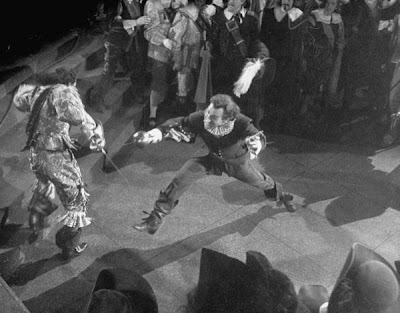 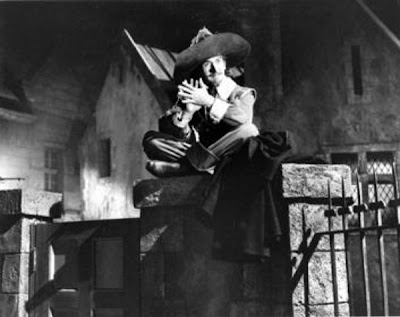 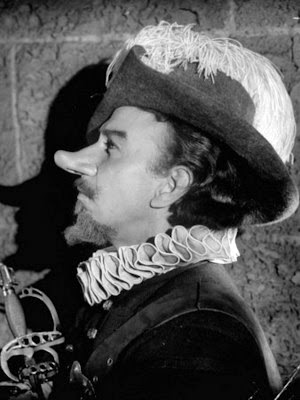 This is a movie my father has been trying to get me to watch for years. Knowing my love for Steve Martin's version- Roxanne, he called me last week and demanded I watch Cyrano de Bergerac which was showing last Sunday on TCM.
Full of witty repartee with a Shakespearean twist, Cyrano de Bergerac is a cleverly done piece. José Ferrer, who won both an Oscar and a Tony (and was nominated for an Emmy- making him the first man to be nominated in all three categories) for his characterization of Cyrano, carried the entire film. Powers and Prince, indeed all the other characters in comparison fell quite flat, not so much due to their performances but because they did not have the wonderful lines or actions that make Cyrano stand apart, which is really the whole point.