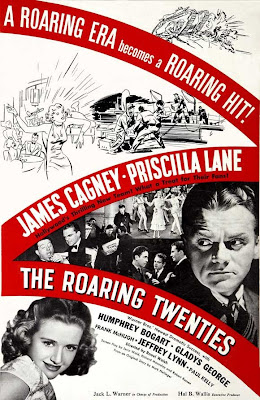 The Roaring Twenties is based on Hellinger's prohibition saga, originally entitled The World Moves On, depicting his experiences as a New York news reporter during the twenties, and his familiarity with the illegal clubs of the day as well as the people who owned and or inhabited them. The character Eddie Bartlett is partially based upon the rise and fall of New York mobster/racketeer Larry Fay who had a business relationship with saloon singer-promoter and hostess Texas Guinan, who is best known for greeting all her clientele with the phrase, “Hello Suckers!”
The film features both Cagney and Bogart in what was to be the third and last time the two were onscreen together having starred in Angels with Dirty Faces (1938) and The Oklahoma Kid (A great movie that wasn't well received as people had a hard time imagining Cagney and Bogart in a Western, something that bothered Cagney for years to come as he was an avid horseman and a great rider) also made in 1939. This would also be the last gangster role Cagney would play for at least ten years when he played Cody Jarrett in White Heat (1949).

In France, as the Armistice is signed, three American soldiers speculate about their future. Eddie Bartlett believes that his old job as a garage mechanic awaits him, while George Hally, a saloon keeper, has no fears of the just enacted prohibition and Lloyd Hart, a law graduate, plans to take up the law. However, the America to which they return home has changed. Eddie finds his old job filled and, in the face of rampant unemployment, is forced to drive a cab. One night, he unwittingly delivers a package of liquor to Panama Smith, a nightclub hostess, and the two are arrested. Eddie refuses to testify against Panama, and out of gratitude, she pays his fine and backs him in the bootlegging business, where he soars to prosperity and power. While at a show one night, Eddie meets Jean Sherman, his pen pal during the war who is now an aspiring singer, and falls in love, not realizing that the girl is interested in Lloyd, who is now working as Eddie's attorney. Another person from his war days comes back into his life when Eddie meets George while hijacking a load of liquor from bootlegger Nick Brown. The two old army pals become partners, but are destined to become enemies. Ruined in the stock market crash, Eddie goes back to driving a cab and meets Jean, who is now happily married to Lloyd. George, the object of a criminal investigation, learns that Lloyd, who is now employed in the district attorney's office, has gathered evidence against him, and sends a death warning to Jean, who appeals to Eddie for help. When Eddie goes to George to urge him not to harm Lloyd and Jean, George orders Eddie killed. Pulling a gun, Eddie shoots George, but then meets his own death at the hands of George's gunmen. –TCM 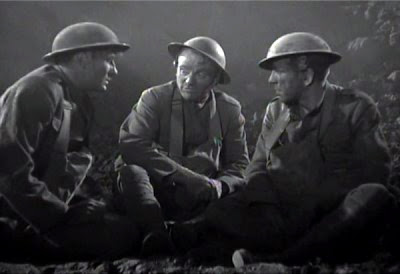 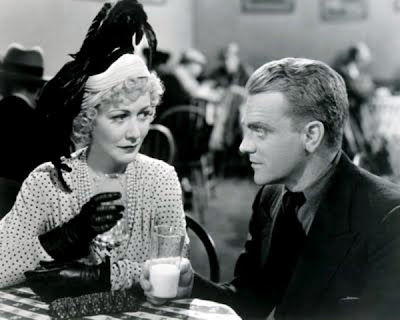 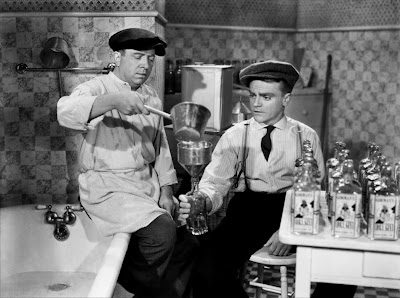 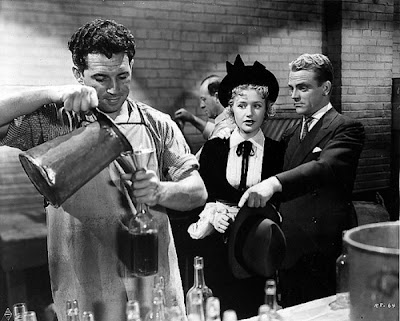 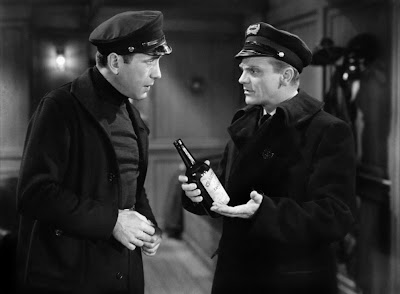 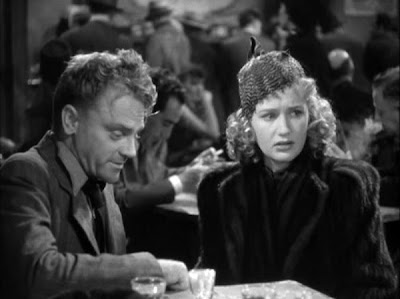 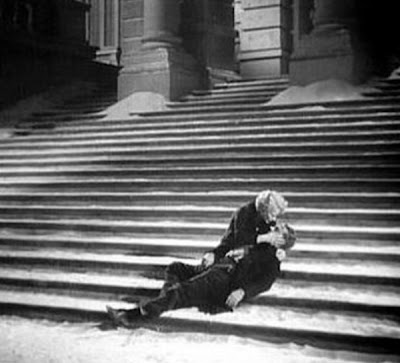 This was a wonderful film that came out to rave reviews but was sadly not nominated for any awards. However, the year was 1939 and there was some serious competition.
I really enjoyed this film, I like Cagney when he isn’t too mean but he isn’t a saint either. Cagney is frightening when he has no heart and confusing when he’s a decent individual; you keep waiting for him to pounce. As Eddie Bartlett, you see the evolution of a man forced into crime through desperation. Unappreciated as a soldier returned from a horrendous war, he struggles to find a decent job and unwittingly falls into a racket that he turns in his favor only to lose it all like so many others who submitted to their own greed. Supported by a wonderful cast including Frank McHugh as Bartlett’s trusting cohort, and Gladys George as Panama Smith who secretly loves Bartlett, The Roaring Twenties succeeds in it’s intent on a moral message (crime doesn’t pay) while pointing out the repercussions of a post-war era at a time when America was again to be involved in another World War.
Side note:
Unlike the movie's Eddie Bartlett, Larry Fay died on New Year's Day of 1932. Dwindling finances had forced him to cut costs at his New York nightclub, the El Fay; after telling the doorman at the club that his pay was going to be reduced, the doorman pulled a revolver and shot Fay four times.
Tonight on TCM!
It's a tribute to Humphrey Bogart!!