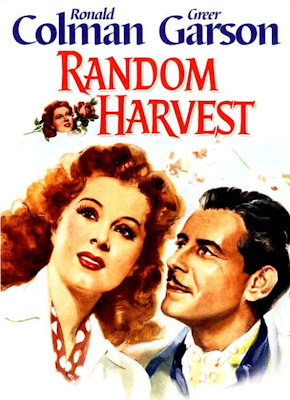 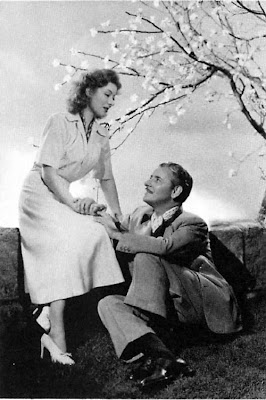 In 1918, "Smith," an amnesiac, shell-shocked officer, who has lived in a county asylum in Melbridge, England for many months, wanders into town for the first time and is surrounded by people celebrating the end of WWI. To escapes the noise he ducks into a tobacconist's shop but his hesitant speech alerts the owner that he is from the asylum. As she goes to call them, a kindly entertainer, who goes by the name Paula Ridgeway, advises he should leave. When she sees how overwhelmed he is she invites him to a pub and then her show where Smithy (her nickname for him) becomes ill and in need of care. Paula nurses him back to health but the asylum is on the look out for him and she is convinced he simply needs to live life to get better not stay at an asylum. She takes him to a small town in Devon where they stay at a local inn until both are employed- Paula as a typist and Smithy as a writer. Soon they are married, have a place of their own, and a newborn son. Smithy is called off to Liverpool by the Mercury paper for a possible permanent position. Worried for him to be out on his own but happy that Smithy has somewhat recovered even though he remembers nothing before the war, Paula lets him go to Liverpool on his own. After checking into his hotel, Smithy walks toward the Mercury office but is hit by a car and knocked unconscious. When he comes to, he has no memory of the past three years and recalls only his life as aristocrat Charles Rainier and his life up to being shell-shocked in the war.
Confused as to how he ended up in Liverpool three years after the war has ended and haunted by the latchkey he finds in his pocket, Charles returns home, where he finds that his father has died and his siblings are anticipating their inheritance. He also meets Kitty, the teenaged daughter of his sister's new husband. He resumes life as usual and instead of writing, puts his efforts into expanding the family fortune. By 1932, Charles has become known as "the industrial prince of England" for being such a successful businessman, but he still feels there is something missing in his life and he thinks it’s tied up in those three missing years.
Meanwhile, Charles has been loyally served for two years by his private secretary, Margaret Hanson, who is really Paula though Charles does not recognize her as Paula. Their son died in infancy and Paula has been anxiously waiting for Charles to regain some memory of her. When he informs her that he intends to marry Kitty, Paula struggles with the idea of telling him everything but is made to realize that Charles must discover his past on his own. She legally claims her husband dead so that Charles will not be breaking the law.
On the day that Kitty and Charles are selecting music for their wedding, one melody inexplicably reminds him of his past and he momentarily looks at Kitty as if she were a stranger. Realizing that she cannot compete with a ghost from his past, Kitty tells him that they cannot go through with the wedding. This leads Charles to research his past and Paula follows him to Liverpool and tries to lead him to the proper clues but nothing jars his memory.
Back at home Charles is elected to Parliament and confesses to Paula that from time to time he has had the feeling that he knew her in the past. He then proposes that they marry in a kind of "merger" in which she would help him in his political life and he can offer friendship. Paula agrees but after three years of marriage and despite Charles' affection and friendship, she yearns for the love she shared with Smithy and decides that she needs to get away from her life for a while. As Charles uneasily sees her off on the train, he receives word that there is labor unrest in his cableworks in Melbridge. He soon settles the dispute, and as he goes through the town, he surprises his assistant by going right to the tobacconist's shop even though he stated he had never been in Melbridge before. This stirs something in his memory and the next day, Paula, who had been staying at the old Devon inn, learns from the proprietress that a man has just been by asking for the former owner and inquiring about a nearby cottage. At the cottage, Charles's memories begin to flood back as his latchkey opens the front door. When Paula arrives and calls him "Smithy," he finally recognizes who she really is and the two happily embrace. 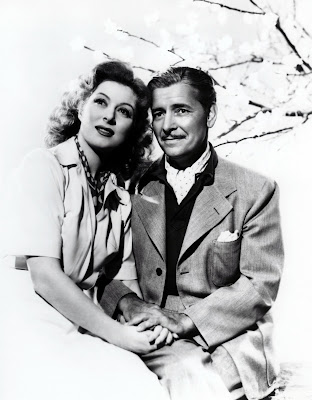 I loved both Colman and Greer in this film. Colman does such a fantastic job of eliciting sympathy from the viewer as Smithy and Garson is angelic as the patient and loving lost wife. I am not sure if Garson was really singing but her "She's Ma Daisy" number alone was well worth seeing the film. It's a bit frustrating in how long it takes Charles to discover Smithy again but well worth it when the final seen does come. When Garson whispers Smithy and he turns to her and recognizes her for the first time in years- it's a tear jerker. Literally. Och! That was sooooo well done. And to think, it may have been different is Garson had gotten her way.


Side note:
Thanks to Ms. Greer Garson

GREER: You know, Mervyn dear, I had some thoughts on how we might improve the ending.
MERVYN LeROY: No, Greer, we already have too much as it is. It'll be hard enough just getting it down to two hours.
GREER: I always thought it was odd that Ronnie should just walk up to that little cottage and open the front door. Isn't that breaking and entering?
LeROY: No one will care.
GREER: And would the key still work after all those years?
LeROY: The audience will love this ending, Greer.
GREER: Oh wait, I know. What if Ronnie knocks on the door and finds that the old vicar is living there?
LeROY: And then what?
GREER: Oh, I don't know. The vicar could recognize him and ask "How's the wife?"
LeROY: No, we can't get Ivan back at this late date.
GREER: I'm just trying to stretch the ending out a bit longer.
LeROY: Believe me, Greer, after you leave Miss Barnes at the inn and Ron has started to remember, the audience will be dying for a resolution.
GREER: Well then, what about this. When Ronnie opens the cottage door at the end, I could be standing there inside the house waiting for him.
LeROY: Enough already. Go have Sydney fix your hair.


Tonight on TCM!
To Have And Have Not (1944) A skipper-for-hire's romance with a beautiful drifter is complicated by his growing involvement with the French resistance.Cast: Humphrey Bogart, Walter Brennan, Lauren Bacall, Dolores Moran Dir: Howard Hawks
Posted by Sarah at 5:00 AM