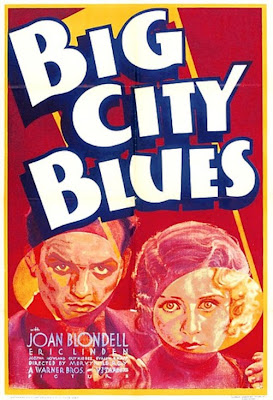 Big City Blues is the story of Budd Reeves (Eric Linden), a small town boy from Indiana that spends only seventy-two hours in New York before he decides to come back home. Of course, you can’t blame him, in that seventy two hours he found love (Vida Fleet played by Joan Blondell), lost love, was cheated by his cousin Gibbony (Walter Catlett), hosted a bootleg liquor party, was witness to a murder, abandoned by his cousin and new friends, had a drink with a cougar (Serena Cartlich played by Jobyna Howland) found love again, gambled away his inheritance, arrested for murder then cleared of the charges. 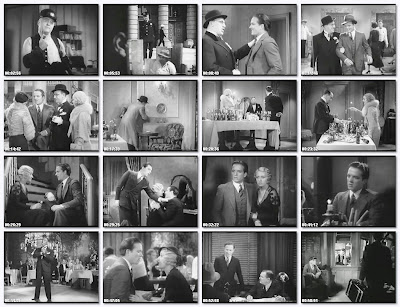 Big City Blues exploits a cautionary tale to the limit and the characters simply revolve around Budd as he lets things fall into place and takes no action besides what he’s told to do by Vida who uses him just as bad as the others despite her motive not to. If this was to prove how green Budd was, it accomplished the goal but leaves the viewer feeling Linden gave a flat performance. I was also not impressed with how nonchalant the other characters at the party were when they were all hauled in for the murder compared to Vida and Budd who were overwrought with the accusations piled up against them. 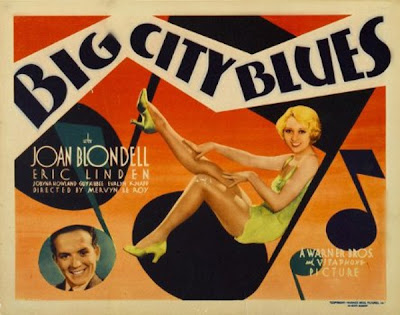 You can classify Big City Blues as just another pre-code quickie with little treasures like Grant Mitchell as the doubtful station agent, Guy Kibbee as the drunken and clueless hotel detective, and Humphrey Bogart before he became known as a tough guy.
Side Note:
Not seen but heard, the film also features Dick Powell as the radio announcer.
Tonight on TCM!
The Bitter Tea of General Yen (1932) An American missionary falls in love with a Chinese warlord.Cast: Barbara Stanwyck, Nils Asther, Toshia Mori, Walter Connolly Dir: Frank R. Capra
Posted by Sarah at 6:28 AM