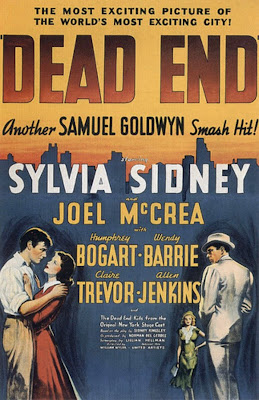 Dead End is a movie that alternates between subplots that all take place at the dead end of a slum that butts up directly against a new high rise built for the rich who, if they want, can sit on their balconies and watch the drama in the filthy street of the slum unfold.
This is the first movie to feature the Dead End Kids, a gang of not so friendly friends whose antics alternate between funny and downright vicious. Observing their antics with a smile is gangster Baby Face Martin (Humphrey Bogart) who, with the aid of cosmetic surgery, has safely returned to his old neighborhood to find that his mother has disowned him and that his childhood sweetheart Francey (Claire Trevor) has turned to prostitution to support herself. His friend Hunk (Allen Jenkins) tries to persuade him to leave but since Martin didn’t get what he came for, he’s decided to stick around and commit another crime.
Dave (Joel McCrea), also a neighborhood kid who decided to try and make good by getting himself an education in Architecture is finding it hard to get a job and he’s currently torn between two women, Drina (Sylvia Sydney) a sweet but poor girl from the neighborhood and Kay (Wendy Barrie), a rich man’s mistress. When violent crime breaks out in the slum involving adults and juveniles, lives are impacted both negatively and positively. 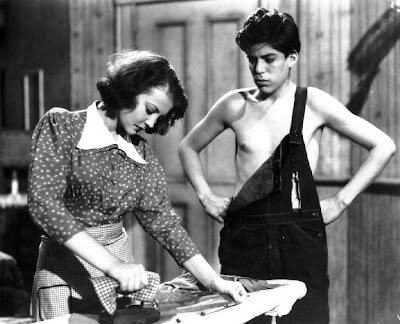 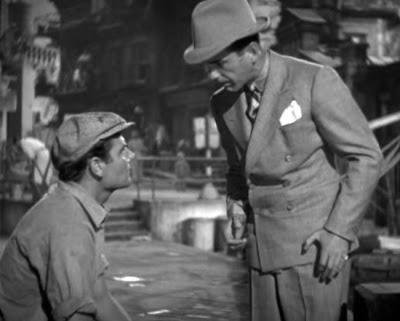 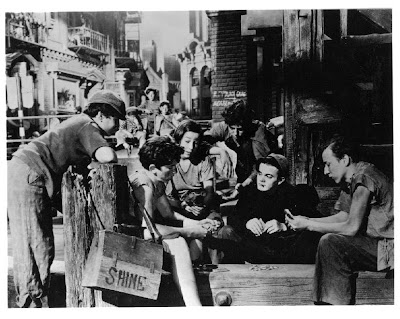 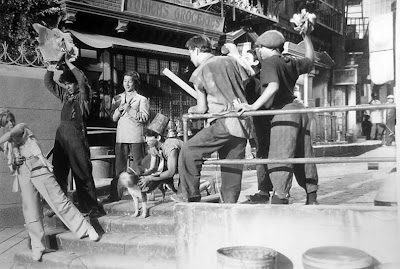 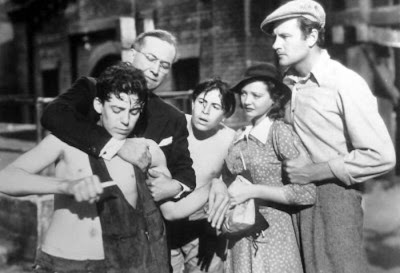 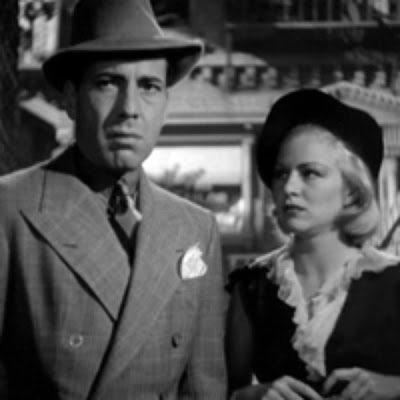 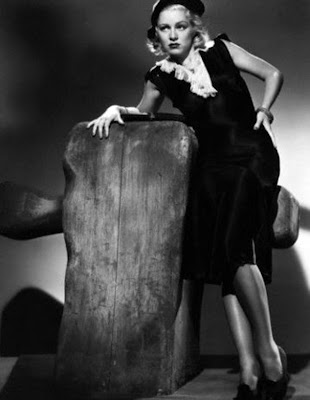 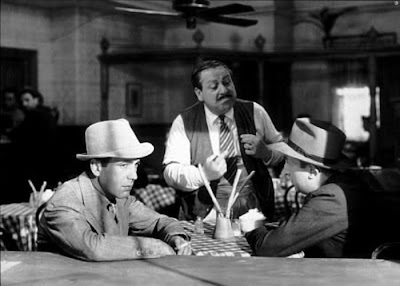 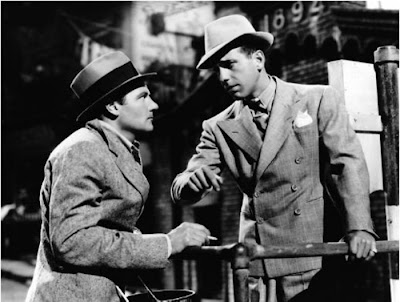 A very well done film that depicts the sadness and irony of two classes living in such close proximity. The most poignant part of the film was when Kay left her comfortable apartment in the high rise to visit Dave and let him know that though she was afraid to be poor again, she would give him a chance. As she walks up the winding stairs of his tenement, Dave, unbeknownst to her, follows behind and watches her reaction as she hears babies crying, couples violently arguing, and observes the trash and cockroaches in the hallway. When she turns to leave, never making it to his apartment, Dave realizes then that his love for her will never be enough.

Side note:
I was watching Directed by William Wyler (1986) last week and Wyler was telling a story about when producer Samuel Goldwyn visited the huge set constructed for Dead End (a very detailed depiction of a New York City slum). Goldwyn thought the set was a mess and since he was a man known for his 'Goldwynisms' he reportedly shouted, "Why do directors always want these slums to be so dirty? Clean it up!" He was eventually persuaded by Wyler that it would hurt the picture's credibility if a slum were depicted as a nice place to live.

Claire Trevor who played Francey was in Dead End for all of two minutes yet her performance lead to her being nominated for Best Supporting Actress. Due to the censors, she could not come right out and tell Martin she had turned to prostitution. Instead she positioned herself in the light when Martin told her he’d come to take her away and complained that she was tired and sick- from this the viewer learns that she has syphilis, a common disease of prostitutes then.