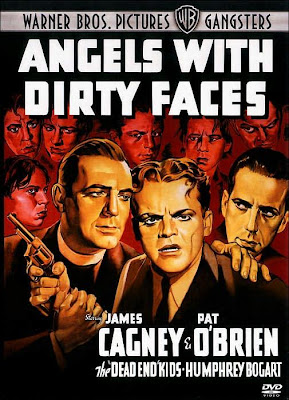 Rocky Sullivan (James Cagney) and Jerry Connolly (Pat O’Brien) grew up together in a tough part of New York. When Rocky gets caught for a crime both he and Jerry committed he advises Jerry to keep his mouth shut about confessing to the crime as well. Rocky is sent off to reform school and a future full of crime while Jerry goes straight and becomes a priest and mentor to the neighborhood kids.
As adults, Rocky and Jerry are reunited when Rocky returns to the old neighborhood looking for a safe place to stay until he can collect money owed to him from his crooked lawyer Frazier (Humphrey Bogart) and get back into his old racketeering ways. Unfortunately, Frazier isn’t so keen on letting that money go or letting Rocky get back into the business. Meanwhile, though Jerry is happy to see Rocky, he’s worried about Rocky’s influence on some of the more challenging kids of the neighborhood. When Rocky is falsely arrested and then let go through coercion from the gang he is blackmailing, Jerry takes it into his own hands to clean up the streets and the police department that’s doing shady business. Both Jerry and Frazier’s efforts lead Rocky to murder and when he is caught he’s sentenced to the chair.
Before being put to death, Jerry visits Rocky with one request- turn yellow. He doesn’t want Rocky to become a hero to the kids of the neighborhood by acting tough to the very end. Rocky refuses but as he is led toward the death chamber he suddenly begins to wail and beg to be let go. 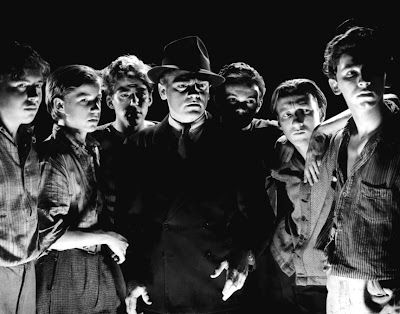 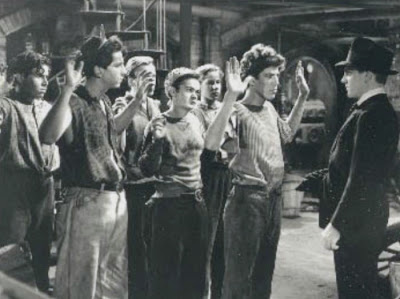 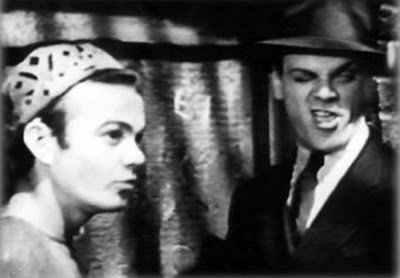 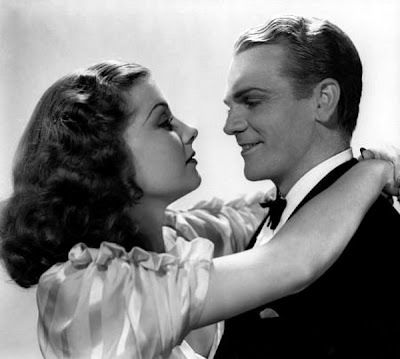 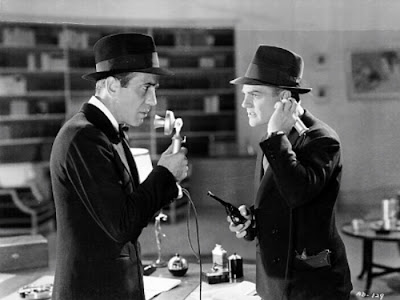 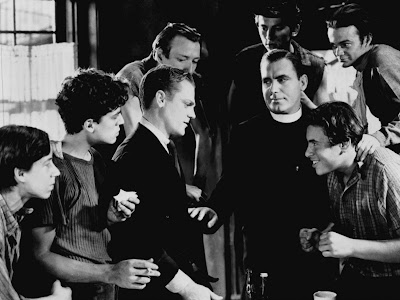 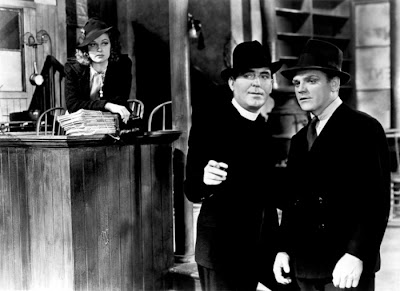 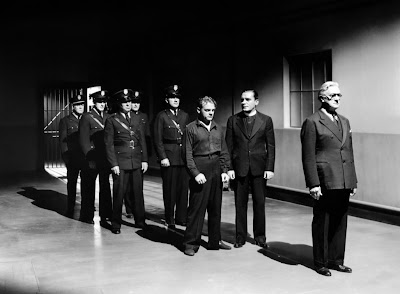 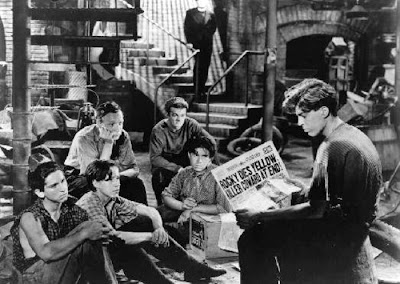 Another picture cementing Cagney’s tough-guy image which he found a bit wearisome as he always considered himself a song-and-dance kind of man. Cagney said he was challenged in public more than once by “backyard weight lifters” who had something to prove.
Overall, the movie was another of your garden variety gangsters flicks complete with your post-code moral message. The brightest part of the movie was Cagney, who by this point was so used to playing characters of this ilk that he started to add memorable little quirks to freshen up the theme and differentiate one gangster role from another.

Cagney: Through the years I have actually had little kids come up to me on the street and ask, “Didya do it for the father, huh?” I think looking at the film it is virtually impossible to say which course Rocky took- which is just the way I wanted it. I played it with deliberate ambiguity so that the spectator can take his choice. It seems to me it works out fine in either case. You have to decide. -Cagney by Cagney