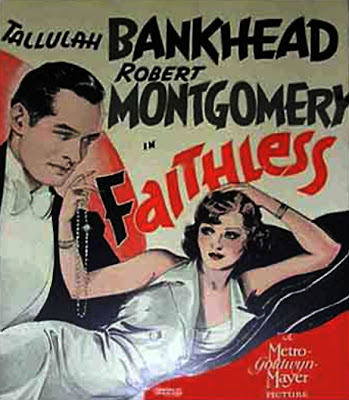 Carol Morgan (Tallulah Bankhead) is a woman who values money over everything, even love. Though she loves Bill Wade (Robert Montgomery), they bicker and separate because he wants to marry her but have her live off his yearly salary of $20,000.00. Unaware of her true financial position, she thinks his $20,000 a year salary is an impossible amount on which to live. A few weeks later when she learns that all her money is gone, she runs to Bill, but learns that he has lost his job because his company is bankrupt. Despite being faced with the possibility of poverty, she still refuses to marry Bill. While he goes to Chicago for another job, Carol goes to Florida to live off some of her rich friends, eventually settling in Chicago as Mr. Blainey’s (Hugh Herbert) mistress which she is completely disgusted by.. One night, while she and Blainey are drinking, Bill comes to see her, and Blainey lets him know what their relationship is prompting Carol leave. After desperately trying to find work, Carol runs into Bill at a cheap diner, she hasn’t eaten for days and has truly learned that love is more important than money. Bill forgives her and they marry. After months in and out of work, Bill finally gets employment at a trucking company but is injured on his first days in an accident caused by strikers. On the brink of death, Carol must take care of Bill and needing money for medicine, she turns to prostitution when she can find no job. One night she runs into Bill's younger brother Tony, who yells at her for being a tramp which catches the attention of a policeman. Instead of taking her to jail not to take her to jail, the kind-hearted man gets her a job as a waitress when she tells him of her husband’s illness and promises not to hustle again. Several weeks later, after Bill has regained some of his strength, Tony comes to see him and tells him about that night, unaware that Bill and Carol are married. Though Bill is shaken by what has happened, he realized she did it to save him and loves her all the more for it. The movie ends with Bill getting a new advertising job for $60 a week. 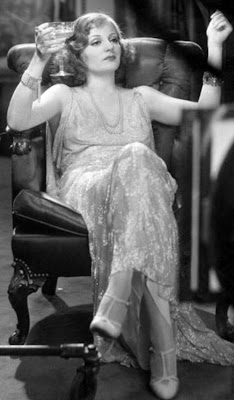 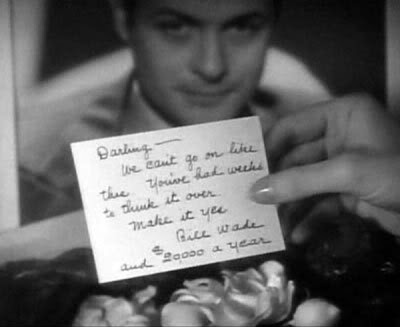 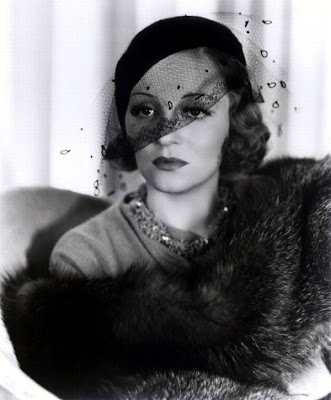 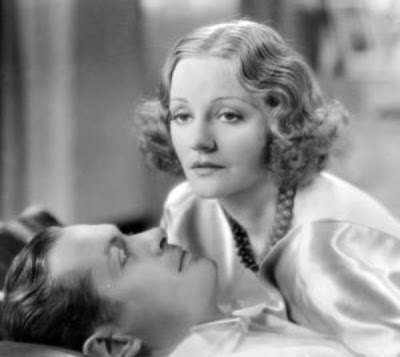 This film had some teary moments for me. Though it falls under the usual conditioning of pre-code films with the stilted scenes and ambiguous actions, I thought Bankhead did a really wonderful job of portraying a woman in dire straights. As a viewer I could see in her face how disgusted she was with what she had to do to survive- it's especially poignant in the drinking scene between her and Herbert as he tells of his future plans for her. As for Montgomery, the typecasting he was subjected to prior to this film made it hard to place him as the working man and not the rich bon vivant/playboy he usually played. Overall, I liked the film and got a sense (maybe with a little help with today's economy) of how desperate things were for people then.
Sidenote:
One of Bankhead's most notorious events was an interview that she gave to Motion Picture magazine in 1932, in which she ranted wildly about the state of her life and her views on love, marriage, and children prompting several viewers to see her upcoming film Faithless. However, this did nothing to help Bankhead's movie career. Faithless would be her last film until over a decade when she appeared in Stage Door Canteen in 1943. She was always more successful onstage.
Tonight on TCM! My favorite Hitchcock Film!
Vertigo (1958) A detective falls for the mysterious woman he's been hired to tail.
Cast: James Stewart, Kim Novak, Barbara Bel Geddes, Tom Helmore Dir: Alfred Hitchcock
Posted by Sarah at 5:47 AM