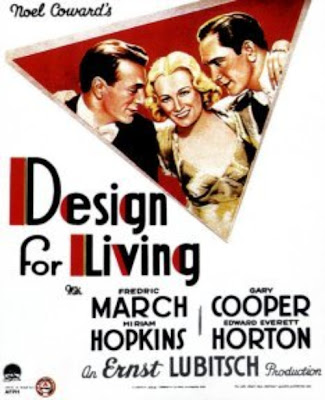 Design for Living was the first vintage film I have seen that blatantly uses the word sex and refers to it as such. The premise is simple- two men are in love with a woman who is in love with both of them.

Gilda: A thing happened to me that usually happens to men. You see, a man can meet two, three or four women and fall in love with all of them, and then, by a process of interesting elimination, he is able to decide which he prefers. But a woman must decide purely on instinct, guesswork, if she wants to be considered nice.

They're all American artists living in Paris. Gilda (Miriam Hopkins) takes it upon herself to nurture Tom (Fredric March) with his playwriting and George (Gary Cooper) with his painting. They will all live together...platonically.

Gilda: Boys, it's the only thing we can do. Let's forget sex.

Gilda does such a good job that Tom lands a job directing his play in London leaving George and Gilda alone. Inevitably, George and Gilda resume their lust for one another as a way to comfort themselves now that Tom is no longer around. Tom is given the news via a letter and despairingly wishes them the best of luck. Months go by and Tom decides to visit George in New York. But Gilda has made him a success as well and he is on the road when Tom visits. Gilda greets him and inevitably their lust resumes as George is not currently around. Thinking to have two more days with Tom before George returns, both she and Tom are suprised when George comes home early and discovers what's happened. Gilda decides to leave them both and Tom and George promptly get drunk. A hilarious scene in itself.
Gilda then marries Max Plunkett (Edward Everett Horton), not for love but for security. That security soon turns to frustration and Gilda is saved in the nick of time by the sudden return of George and Tom who whisk her away after she tells Max she will divorce him. 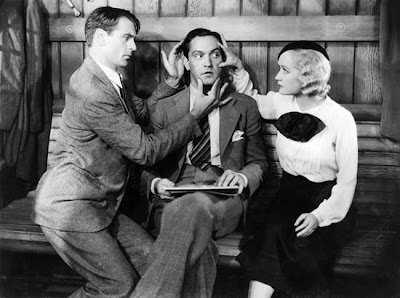 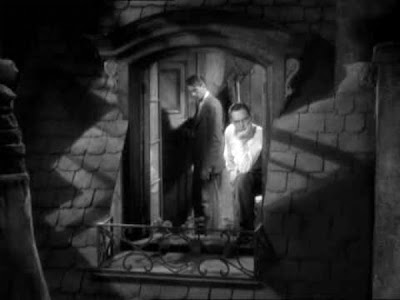 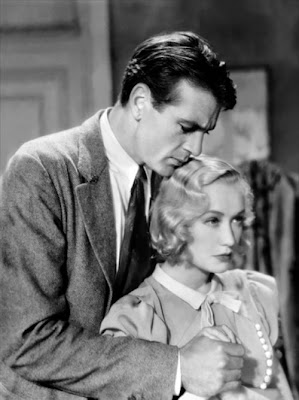 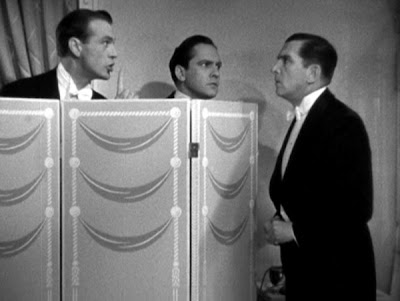 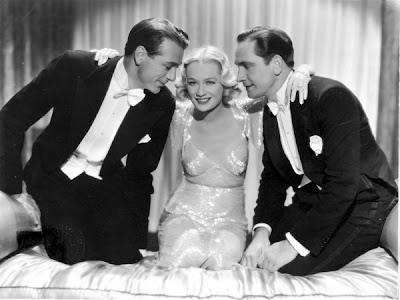 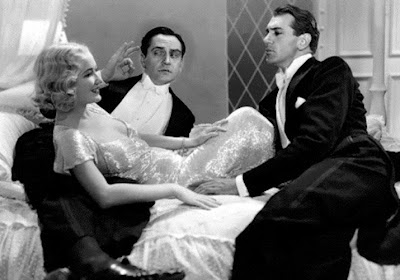 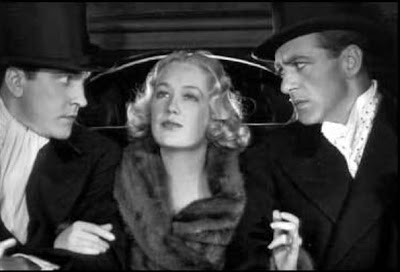 Design for Living is the film they made me fall in love with Fredric March. The best scene in the film is when they rescue Gilda and completely flummox Max. Animal, vegetable, or mineral? Apparently this version of the film was whitewashed. If that's the case, the hedonist in me hopes that the unedited version is floating around somewhere.
This film is fantastic! There are some real laugh-out-loud moments and the pairing of Cooper and March is genius. Miriam Hopkins is as gorgeous as ever and it was refreshing to see her play such an unwitting vixen, a role I had not seen her do before. This pre-code delight is my favorite thus far and I highly recommend it. 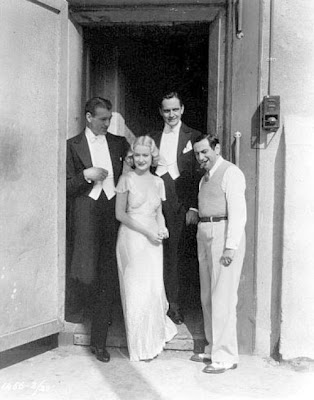