Weekend at the movies...

I promise I have a life outside of TCM. Kind of. It's so hard not to flip to the DVR and check out what exciting things TCM has lined up for me! I thought instead of doing different blog entries for each movie I saw this weekend, I would just list them here. 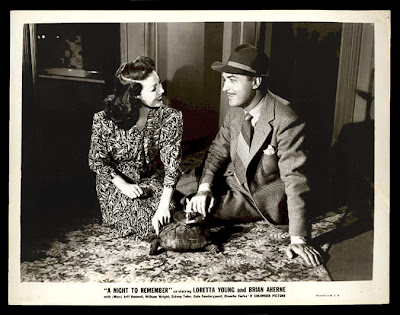 A Night to Remember is the second film I have seen featuring Brian Aherne. I first saw him in Sylvia Scarlett and despite my Cary Grant adoration, thought that he was the best thing about Sylvia Scarlett. He was just as perfect in A Night to Remember- watching him run around with Loretta Young (also fantastic in the film) and solve a murder case is delightful. Full of fast quips and comedic misunderstandings, the viewer is treated to Aherne's natural talent for comedy and charmed by his Britishness. Naturally, I am excited to learn that he is in Juarez (with Bette Davis) which is currently in my queue as I am fast becoming a fan of this actor. Oh! I just realized I will be making a three degrees of separation reference in this blog! Brian Aherne to George Sanders to Bette Davis. Let's segway...

Later in life, after retiring from films Brian Aherne wrote a biography of his friend George Sanders entitled, A Dreadful Man. As I am a huge George Sanders fan, I cannot wait to get my hands on that book! Which leads into the next film I saw. 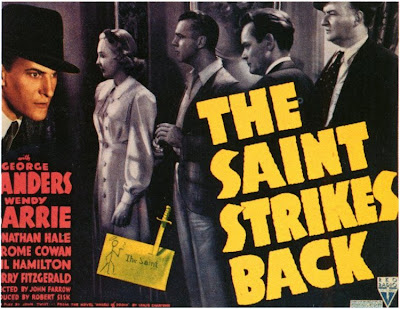 The Saint Strikes Back is one of those suave sleuth stories, well, it would have to be if George Sanders is playing the sleuth. The first in a series of five Saint films, this was good movie if only because George Sanders plays the lead, talks a lot, and manages to be both villain and hero simultaneously. Other than that, the story is a bit hard to follow and the Saint takes a few unnecessary detours (I thought) to get the case solved. 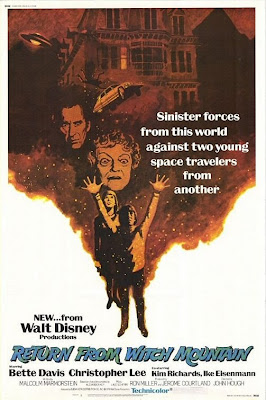 The third movie I saw, much to my regret was Return From Witch Mountain. I have set a goal to see every film that Bette Davis made that's available. That means the bad ones too. And boy, was this one a doozy! The problem was that it was a film for children and it didn't require any real talent from Davis. Quite frankly, she played the role like one who expects to get a paycheck whether she's fabulous or not. I have seen films of hers done at a later date and she was much better so, maybe she just had contempt for this film (couldn't blame her, it had an imprecise and unimaginative storyline). It's just sad to see such a great talent wain.


Brian Aherne on Bette Davis:
"Surely nobody but a mother could have loved Bette Davis at the height of her career". 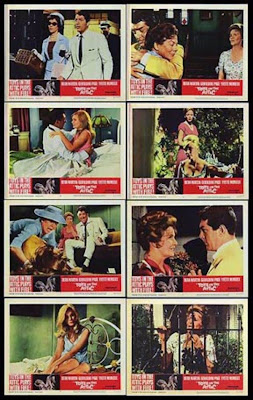 The last film I saw was Toys in the Attic. I'm not yet a fan of sixties cinema but it had Geraldine Page in the cast and I'll just say it, anything that has Geraldine Page in it is good. Real good. She is the best character actress I have ever seen and I look forward to watching anything she has been in. This film was no exception, she was absolutely fantastic as Dean Martin's sister who holds an incestuous love for her brother (oh, Hellman you are good!).