The first in a series, a little background on George Hurrell via the Hurrell Estate Collection.

The man dubbed the "Grand Seigneur of the Hollywood Portrait," was born in Covington, KY, across the river from Cincinnati, in 1904. By the time he was eight, young George Hurrell had developed an interest in painting and drawing. He fell into photography almost by accident, originally learning how to use a camera so that he could photograph his paintings.

After studying at the Art Institute of Chicago, Hurrell was commissioned to photograph paintings and painters in Laguna Beach, CA art colony in 1925. Hurrell moved west hoping to continue his art studies. Before long, however, taking pictures took the place of painting pictures as he found more work shooting portraits. 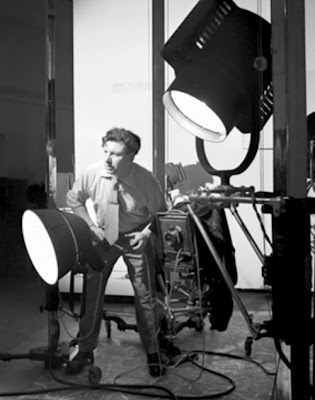 One of Hurrell's first subjects was the famed aviatrix Poncho Barnes. Through her, he met silent-screen star Ramon Novarro, who commissioned a series of portraits from Hurrell. Thrilled with the results, Novarro showed off his new stills to co-workers at MGM, where they caught the eye of leading lady Norma Shearer. Shearer was desperate to convince her husband, MGM production chief Irving G. Thalberg, that she could generate enough sex appeal to play the lead in The Divorcée. She hired Hurrell to take some sizzling photos that landed her the role. Thalberg and Shearer were so impressed with Hurrell's work that he was hired as head of the MGM portrait gallery in 1930.

For the next two years, Hurrell photographed every star at MGM, from Joan Crawford, Clark Gable, and Greta Garbo to Wallace Beery and Marie Dressler. His work set a new standard for Hollywood portraits. It even inspired a new name for the genre — glamour photography.

After a disagreement with MGM publicity head Howard Strickling, Hurrell left to set up his own studio on Sunset Boulevard. The stars flocked to Hurrell for portraits. 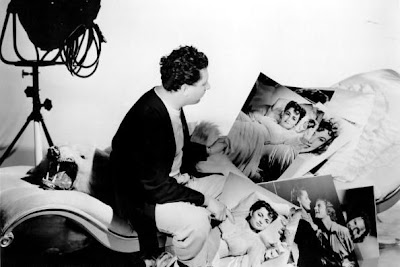 After service with the First Motion Picture Unit of the U.S. Army Air Force, where he shot training films and photographed generals at the Pentagon, Hurrell returned to Hollywood, but soon found that the old style of glamour photography had fallen out of fashion. He relocated to New York, where he continued shooting advertising and fashion lay-outs through the 50s. 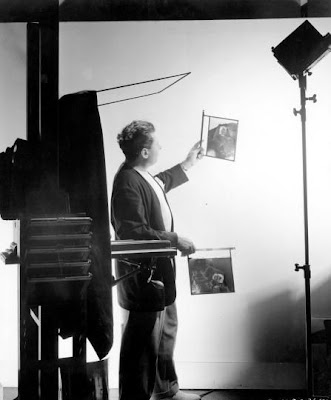 In 1952, Hurrell returned to Hollywood and started a television production company with his wife, Phyllis. It was located on the Disney lot. After two years, he returned to New York. He settled in Southern California permanently in 1956, eventually moved back into the film industry as a unit still man.

Beginning in 1965 with an exhibition at New York's Museum of Modern Art, his work has been showcased at museums throughout the world. He published The Hurrell Style, with text by Whitney Stine, in 1976, followed by other commemorative books and special-edition prints of his work. It was during these years that he shot stars like Liza Minelli, Paul Newman, and Robert Redford. Even after his retirement in
1976, he continued to shoot portraits, adding to his portfolio such representatives of the new Hollywood as Sharon Stone, Brooke Shields, and John Travolta. Among his last assignments were photographing Warren Beatty and Annette Benning for Bugsy, Natalie Cole for the best-selling "Unforgettable" album, and a fashion layout with Jennifer Flavin, his last photographic subject. 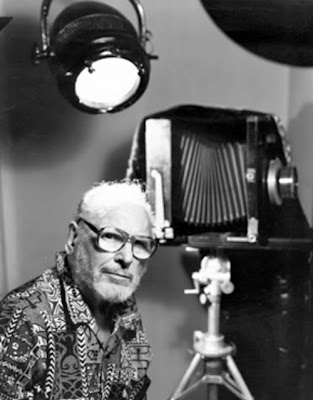 During the last years of his life, Hurrell worked with producer J. Grier Clarke and producer-director Carl Colby on Legends in Light, the first major retrospective of his work. George Hurrell died of cancer in 1992.