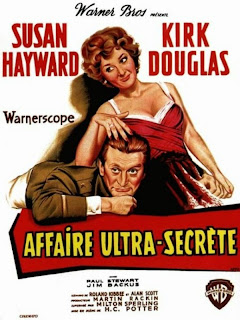 Upset that Melville "Ironpants" Goodwin (Kirk Douglas), a highly decorated Army major general, has been appointed the chairman of the Joint Atomic International Commission over her candidate, Dorothy Peale (Susan Hayward) who owns and operates News World magazine, sets out to ruin his reputation. Inviting him to her estate for a long weekend under the guise of doing a positive profile of America's hero, she uses hidden tape recorders, trick questions, and secret cameras to catch Melville in any compromising situations. Soon Peale realizes that he's as intelligent as he is athletic, out-maneuvering her at every turn. Knowing him to be quite the ladies man, she decides to use her charms as a last ditch effort. 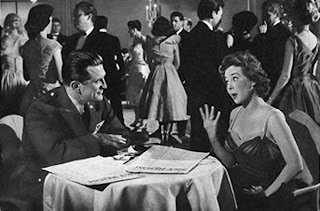 She takes Melville for an evening out and in the process of trying to get him intoxicated, becomes quite so herself. Already suspecting she is up to no good, the last straw for Melville is when Peale forces him to sing in a night club. Having earlier shared with her his love for the song "The Caissons Go Rolling Along" and how it inspired him to join the Army, he reluctantly but patriotically sings the song.
Leaving Peale at the club, he goes back to her home to pack while a nervous Colonel Gooch (Jim Backus), the public information officer, tries to get a hold of their superior. However, Peale shows up, still tipsy and demands that Melville join her by the pool. While sharing intimate details of her life, she falls off the high dive into the pool, needing to be rescued. The obvious chemistry between the two is acted upon and Peale completely changes her tune. The next day she decides to nix the ridiculing story, much to her most reliable employee Bentley's (Paul Stewart) dismay. Peale decides she is going to marry Melville and perhaps even help him get elected for President. But Melville has no plans to continue the relationship. He quite efficiently let's Peale down while revealing top secret information about a past love affair he had with a French spy named Yvette that he eventually executed. 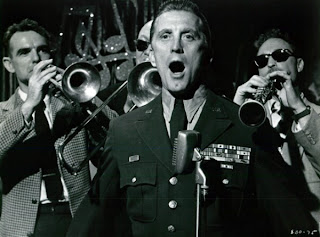 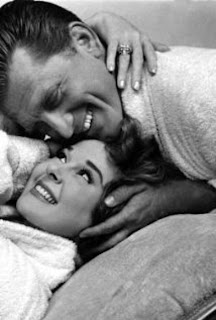 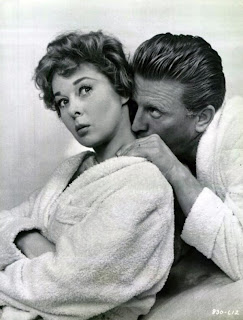 Feeling rejected, Peale goes back to her original plan with the added bonus of the top secret information. Titling the article "Blabbermouth Goodwin", she manages to add in a few photos that are out of context and make Melville look like a fool. Before the story hits the streets however, Melville is back, realizing he truly loves Peale and asks her to marry him. When the story hits Melville comes under fire by the senate and is hauled in for a hearing. Rudely questioned Senator Burdick (Roland Winters) Melville has a hard time explaining the photos that were taken and due to the top secret information, cannot defend himself about the Yvette.  Peale, feeling ashamed about what she has done, admits that the article is filled with exaggerations and lies but she cannot deny that Melville told her about Yvette.
In desperation, before he took the stand, Melville sends Colonel Gooch to see the President, hoping he will do him the favor of declassifying the information. The President takes it a step further and comes to the hearing. With the spy case declassified, Melville testifies that the Army knew that Yvette was a spy. Instead of letting him break the affair, he was ordered to feed her false information in advance of an important counterattack and eventually needed to execute her. Back on track, Melville can now deal with Peale. Will he ever be able to forgive her? 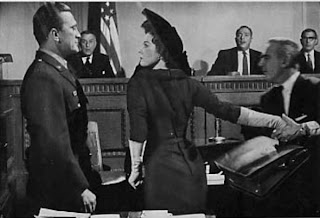 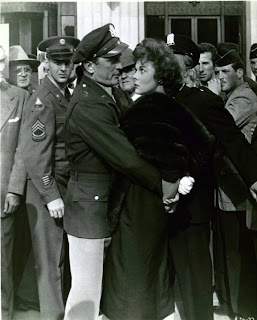 This is my last post for the Kirk Douglas Tuesdays. I have to thank TCM for putting him in the spotlight this month and showing me what a talented powerhouse he is. Though Top Secret Affair is a pretty typical story, both Hayward and Douglas infused it with their unique charm. Douglas was especially endearing when he sang "The Caissons Go Rolling Along". He was able to express his patriotism as a high ranking officer who knows he is being mocked but bravely sings on. And though this is mostly a comedy, the senate hearing portion of the film is quite dramatic and Douglas plays the part of the victim beautifully.
If you have not seen much of Kirk Douglas' work, I would highly suggest it. I can pretty much guarantee that you will not be disappointed in what he has to offer.