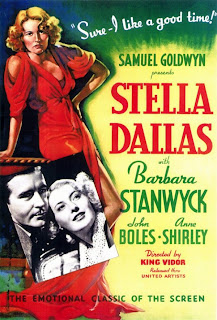 Sick of her working-class lifestyle Stella Martin (Barbara Stanwyck) is determined to better her situation by snagging a husband like Stephen Dallas (John Boles) the mill executive at her father and brother’s factory. Stephen has a past he wishes to get away from as well. Disappearing from high society after his father’s suicide over losing the family fortune, a penniless and heartsick Stephen intended to marry his fiancée Helen (Barbara O'Neil) once he was financially able to support her. By the time he reaches that goal however, he learns that Helen has married someone else. he reads in the newspaper the announcement of her wedding. So when Stella came along, she was just the distraction he needed. 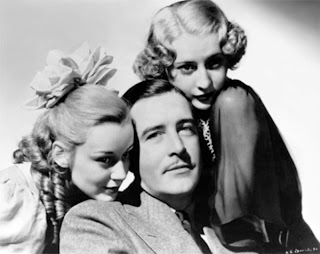 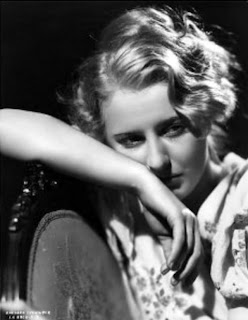 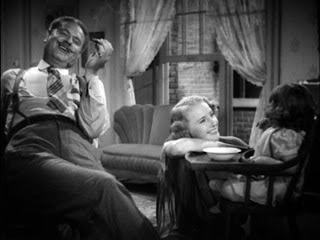 Unfortunately, as the old saying goes, you can lead a horse to water…Stella is stubborn in her tactics to move up the social ladder. Mistaking loud, flashy gamblers and wastrels like as a step up, she falls into the wrong crowd and refuses to heed Stephen’s gentle but earnest advise. She also has deplorable fashion sense. When their daughter Laurel (Anne Shirley) is born Stella discovers she has a strong maternal instinct. Stephen, hoping that a child will calm Stella down is disappointed to realize she still wants to move up socially and continue her friendship with the vulgar Ed Munn (Alan Hale). He ends up estranged from Stella and eventually runs into Helen, now widowed with three sons. 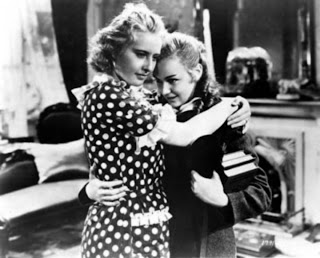 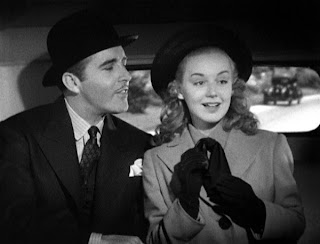 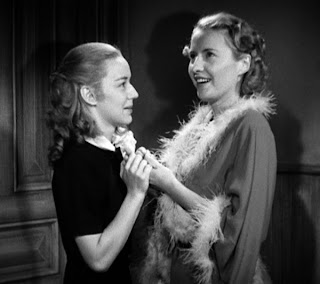 They renew their acquaintance and Laurel who has always gone back and forth between her parents, is invited to stay at Helen's with her father. Realizing that Laurel fits in perfectly with Helen and her family, he decides to ask Stella for a divorce. However, Stella's social ambitions have been redirected towards Laurel and she turns Stephen down, thinking it would not be beneficial for her daughter. She also realizes that Stephen may have been correct all those years ago and she tentatively tries to capture his attention again. However, Stephen loves Helen and is disappointed at Stella’s refusal of divorce. 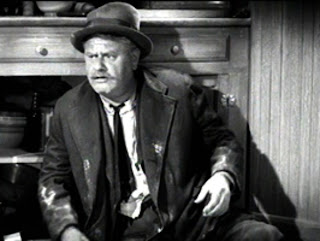 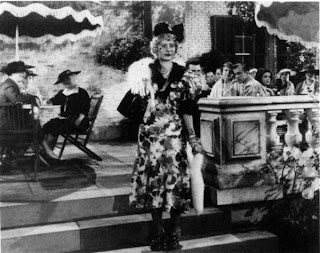 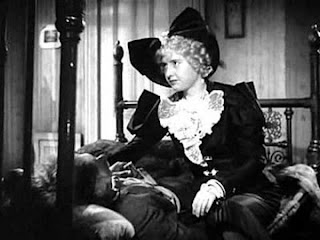 It’s not until Stella takes Laurel to a fancy resort that she realizes that her taste in clothes and her lack of social refinement will damage her daughter’s social standing. When Stella makes her first appearance at the resort, she becomes the target of Laurel’s friends who, unaware that Stella is her mother, viciously gossip about how tacky and vulgar Stella is. Embarrassed for her mother, Laurel insists they leave at once without telling her why. On the train back, Stella overhears the truth. 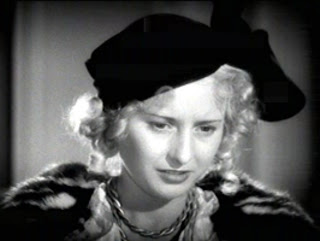 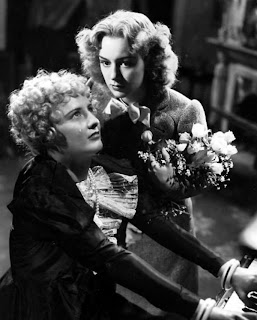 Realizing she must do what’s best for Laurel, Stella turns to Helen and makes a deal. She will allow the divorce if Helen and Stephen let Laurel live with them. Helen realizes the sacrifice Stella is making and assures her that her wishes will be carried out. When Laurel learns of the arrangement, she insists on going home to her mother. However, when Stella is notified by a telegram that Laurel is returning, she pretends she sent laurel away so she can marry Ed Munns, whom Laurel does not like. Laurel returns to her father and never sees her mother again. She doesn’t even know that Stella stands outside in the rain on her wedding day just to catch her daughter exchange vows through a window that Helen has strategically left open for view. 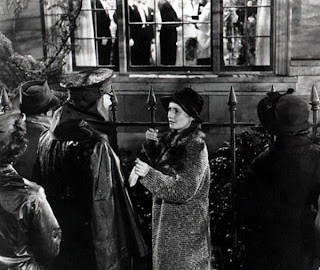 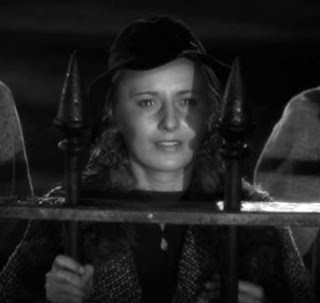 Hands down, this is the best role I have seen Stanwyck in yet! Her sacrifice is so moving, so heartfelt. Between cringing at her machinations, her vulgarity, and her downright generosity despite her social ambitions, Stanwyck seriously humanizes Stella so that we empathize with her. This movie is totally owned by Stanwyck. Though Shirley and Hale give great performances, Stanwyck outshines them all. Best yet, there is a minimum on the classic Stanwyck tantrums you see in so many of her films- something I’ve come to find irritating. Too, it’s interesting the juxtaposition of Stanwyck’s role here as opposed to her role as Lily in Babyface. As Lily, we don’t feel the empathy we should for the character, rather we’re glad she’s made the sacrifice she must at the end because it’s her just desserts. Stella Dallas is a must see, especially if you’re a Stanwyck fan!

Tonight on TCM! I am so excited to see this! Writer Larry Marcus and actress Rosalind Russell came up with the story and wrote the screenplay as a vehicle for Russell who became too busy with Broadway commitments to act in the film which eventually went to Esther Williams.
The Unguarded Moment (1956) When a high-school teacher is attacked, evidence implicates a troubled student.  Dir: Harry Keller Cast: Esther Williams, George Nader, Edward Andrews.
Posted by Sarah at 2:42 AM