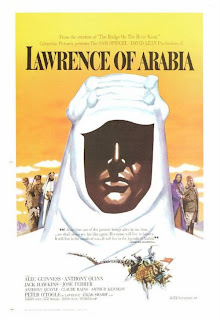 The story of Lawrence unfolds in flashbacks after his death from a motorcycle accident. A complex man, who at first abhors violence, confronts it head on in the desert as a symptom of war. Finding his aversion a cover for his actual passion for violence, Lawrence unwittingly then determinedly becomes a hero to the Arabs. The Arabs worship and camaraderie lead to conflicting emotions as Lawrence begins to question his allegiance to Britain and his passion for the desert.  For two years he leads a guerrilla army against the Turks, spilling blood and causing havoc. Towards the end of his crusade he is a broken and changed man leading an army made up of thugs instead of people devoted to the Arab cause. Things come to a head at the massacre at the village of Tafas, where Lawrence goes mental while slaughtering the enemy. The taking of Damascus is no longer victorious as Lawrence witnesses how the Arabs are ill-suited to the task of setting up governance in Damascus and abandon the city to the British, giving them further foothold on the Ottoman Empire and erasing whatever important work Lawrence first set out to accomplish. Deflated, Lawrence is promoted to Colonel and ordered home. 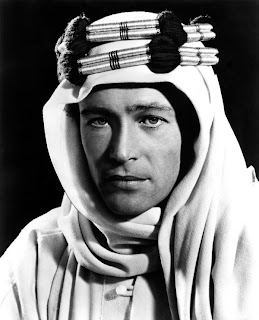 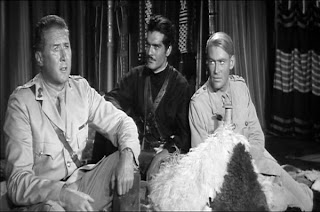 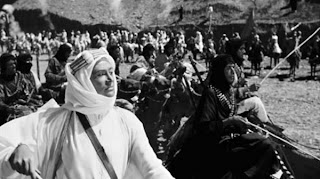 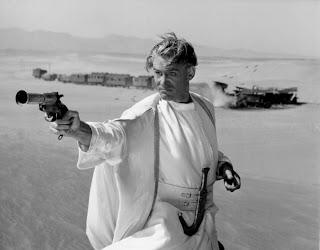 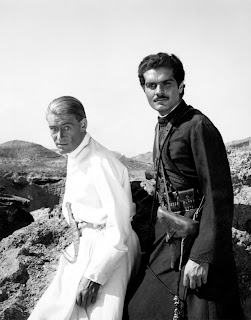 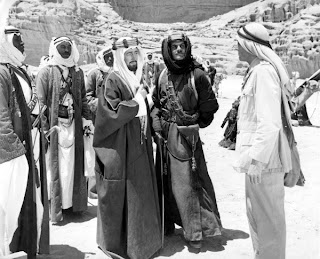 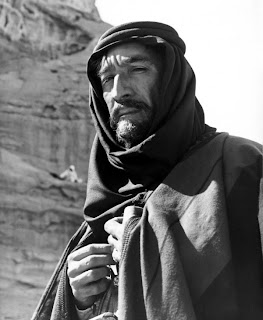 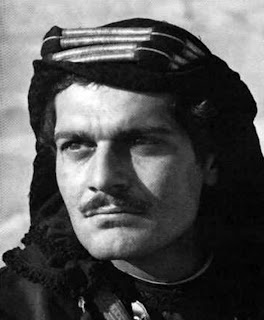 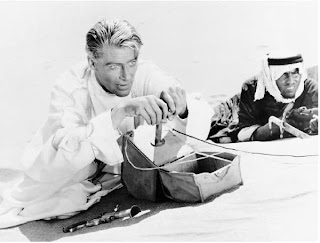 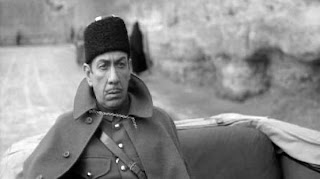 A movie filled with wonderful acting and rivaled only by it's breath-taking scenery, Lawrence of Arabia is definitely a classic essential. O'Toole is absolutely gorgeous in this film. So much so that after the premiere, Noel Coward told O'Toole, "If you had been any prettier, the film would have been called Florence of Arabia".  O'Toole is surrounded by some pretty heavy hitters who also give outstanding performances- most notably Omar Sharif, Alec Guinness, Anthony Quinn, and  José Ferrer who said, "If I was to be judged by any one film performance, it would be my five minutes in Lawrence." He must of forgotten his superb performance in Cyrano de Bergerac! Lawrence of Arabia is well worth the time it takes to watch it and I would definitely recommend!


Tonight on TCM!
Lawrence of Arabia! Now's your chance!!
Posted by Sarah at 5:00 AM