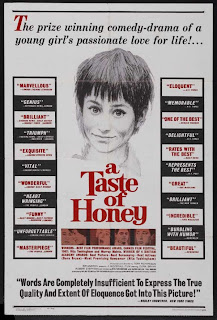 A Taste of Honey recently premiered on TCM and I’m glad I recorded it!
Jo (Rita Tushingham) is the illegitimate daughter of her promiscuous, inattentive, and impoverished mother Helen (Dora Bryan). Now at age seventeen she has decided to quit school and get a job. This becomes even more necessary when Helen’s current suitor, Peter (Robert Stephens) proposes marriage but rejects the idea of Jo living with them. For solace Jo turns to Jimmy (Paul Danquah), a black sailor enjoying brief shore leave. They have a brief affair, Jo’s first and then Jimmy soon departs. Jo gets a job as a shoe clerk and rents a room she will eventually share with the awkward but caring Geoffrey (Murray Melvin), a homosexual. Months later when Jo discovers she’s pregnant and probably on the same path as her mother, she is desolate. However, Geoffrey is delighted and practical. He starts preparations for the baby’s arrival and gets Jo the proper information needed from a nearby clinic. However, when it seems evident that Jo is getting more depressed as the months go on so Geoffrey visits Helen who has not known of Jo’s whereabouts for the past eight months. Her husband Peter has turned out to be quite the alcoholic and Helen takes this opportunity to abruptly move in to Jo’s flat and oust Geoffrey. The movie ends at this point leaving us to question the fate of Jo and her baby. 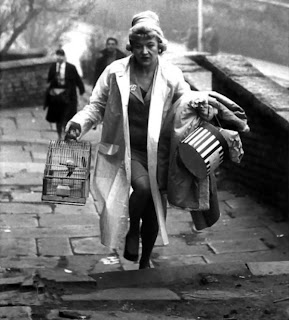 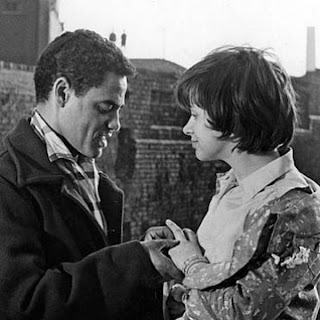 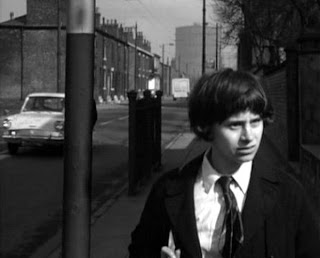 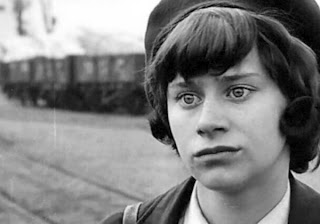 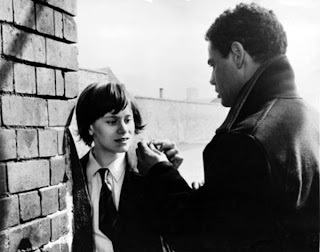 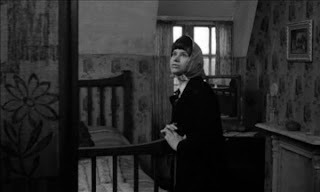 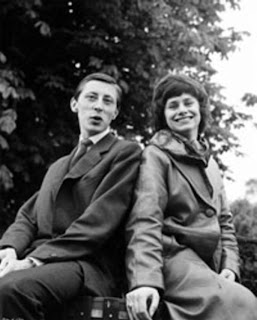 Set against the dark and grim background of a seaport in Britain, A Taste of Honey wastes no time delving into the crude and realistic issues dealing with race, sexuality, gender, and the dysfunctional relationship between a mother and daughter. Jo and Helen’s interactions are hard to watch as one tries hard to show she doesn’t care while the other tries just as hard to show she does. With the roles reversed, it’s often Jo who is the more practical, having missed out on the opportunity to be properly cared for, she is quite jaded and vocal about it. Unfortunately, she is also a victim of her own insecurity and her desperate loneliness leads her down the same path as her mother. 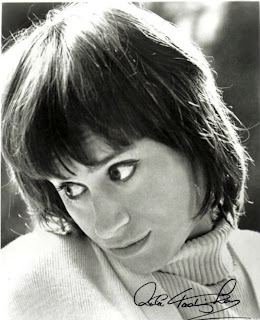 ﻿I was absolutely captivated by Tushingham and her features, namely her eyes. Eyes that once prompted a co-star to say she has "A face saved from the commonplace by a pair of enormous eyes."  Her portrayal of Jo is magnificent, seeming to capture the essence of teenager angst and the oncoming revolution of the sixties young population.  A Taste of Honey is a must see for anyone who enjoys a good bit of realistic dysfunction. It deals with issues that we can relate to even today.
Happy Birthday Rita Tushingham!
Posted by Sarah at 8:04 AM