Before I begin I would like to say !!!!!!!HAPPY BIRTHDAY!!!!!!!!! to Monty over at All Good Things. If you haven't checked out his glorious blog, do so, it's totally worth it! 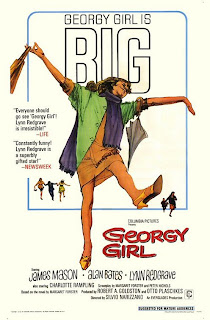 Homely but vibrant Georgina (Lynn Redgrave) has thus far been content with her inventive imagination, teaching children music, and living vicariously through her flatmate’s swinging conquests.  Though very smart and talented, Georgy considers herself plain and does little to try and improve that opinion which has propelled her into a life of solitary despite the people around her.  However, life is about to become very interesting. 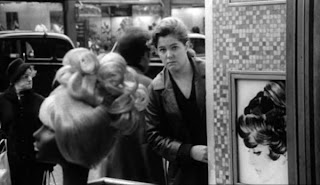 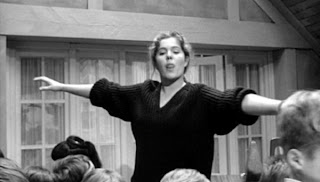 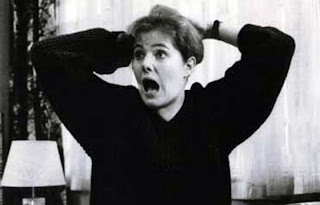 First there is the proposition from successful businessman James Leamington (James Mason) for Georgy to become his mistress. It seems of little consequence that he has known Georgy since she was a child having employed her parents as his live-in servants. At the age of forty-nine,  Leamington has been living in a loveless and childless marriage with wife Ellen (Rachel Kempson- Redgrave's real-life mother) and confesses that though he used to love Georgy as his own child, his feelings have now changed. Creepy. 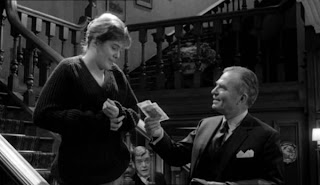 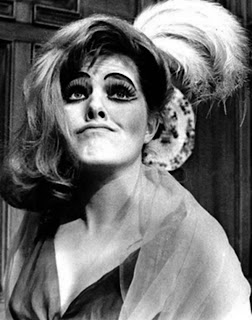 Then there is Georgy's flatmate the beautiful Meredith (Charlotte Rampling) a shallow woman who lives for her own pleasures. When Meredith discovers that she is pregnant by her boyfriend Jos Jones (Alan Bates)…for the third time, she decides they should get married. Jos, who has an odd relationship with Georgy, (he once took her out and they did some heavy petting before he broke away from her, claiming that to get involved with her would mean too many dramatics) moves to their flat. He promptly becomes disillusioned with Meredith and becomes attracted to Georgy who is more excited about Meredith’s baby than Meredith. After another argument in which Meredith once again begins to berate Georgy for being an ugly cow,  Jos defends Georgy, kisses her in front of Meredith and chases after Georgy proclaiming his love when she flees from the scene. They begin an affair and when Meredith gives birth to a daughter, whom Georgy names Sara, she and Jos take the baby. Meredith, who has no interest in the baby and plans to divorce Jos runs off with another boyfriend. 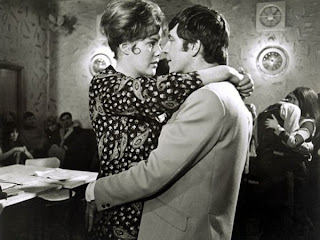 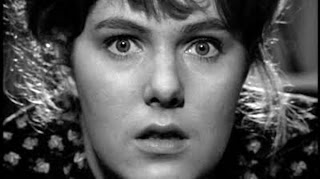 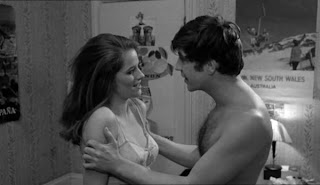 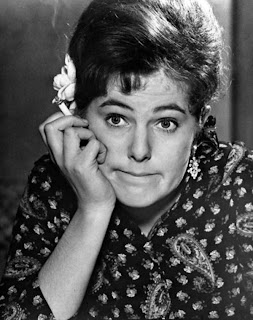 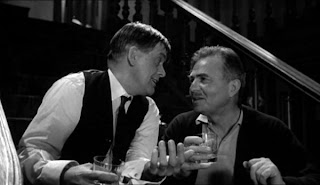 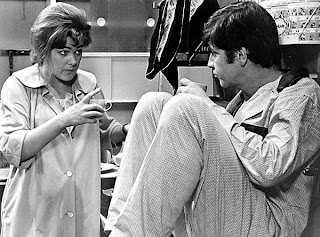 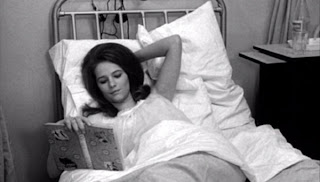 Then there is Georgy’s obsession over Sara. It drives a wedge between her and Jos who realizes that though he loves Georgy, he also loves to go out and have fun. Something Georgy refuses to do since there is a baby to care for. The relationship ends when Jos realises he is no longer the most important person to Georgy. Now threatened by Social Services who want to take Sara away, Georgy consideres Leamington’s proposal- somethings he has managed to avoid answering for the last six months. Leamington’s wife is now dead and he’s been readying his home for another woman- much to the curiosity of her live in servants, Georgy’s parents. They are convinced he will be bringing a ‘fancy woman” home soon. However, instead of becoming his mistress, Leamington proposes marriage thus allowing Georgy to keep Sara. Georgy accepts and when she calls for the baby immediately after their wedding, you can see how their relatinship is going to turn out by the look on Leamington’s face. Poor man. 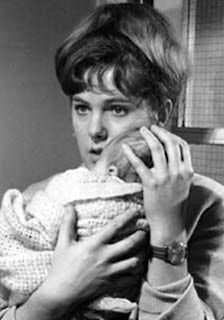 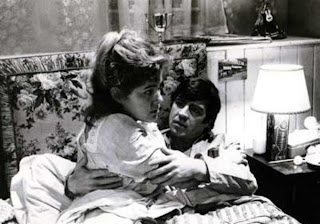 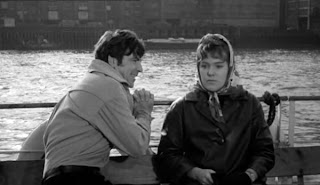 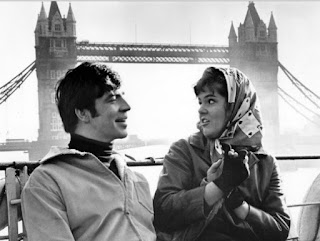 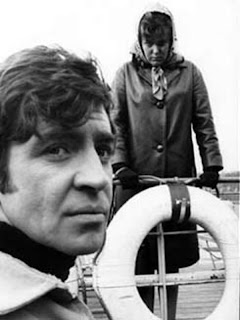 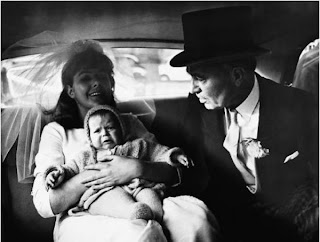 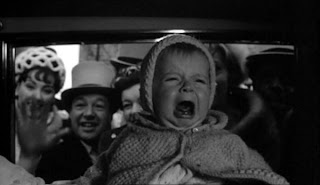 I cannot believe it took me this long to see this fantastic film! Lynn Redgrave is such a treasure that I had to look up her other early films and I am currently watching Smashing Time (1967) -also featuring my new discovery Rita Tushingham- it's on YouTube for anyone who's interested. This film has a lot of great moments and dialogue. Capturing the essence of life in London in the sixties with it's sexual revolution, the consequences of that revolution, and the breaking away of old ideals concerning gender, Georgy Girl is a wonderfully poignant and entertaining film. Kudos to Redgrave and Alan Bates (another absolute delight), who manage to carry off some pretty animated (and complicated) characters without being corny or campy. It was also nice to see a young and gorgeous Charlotte Rampling in a moderately normal role.
Tonight on TCM!
Splendor in the Grass (1961) Sexual repression drives a small-town Kansas girl mad during the roaring twenties. Cast: Natalie Wood, Warren Beatty, Pat Hingle. Dir: Elia Kazan.
Posted by Sarah at 5:00 AM