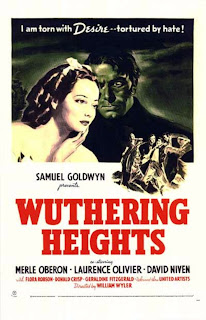 The story of unfortunate lovers Heathcliff (Laurence Olivier) and Cathy (Merle Oberon) who, despite their deep connection and love for one another, are destined to live their apart due to circumstance and class prejudice. They first meet as children when Cathy's father, Mr. Earnshaw (Cecil Kellaway) brings him, an abandoned boy, to live with them. Cathy takes to Heathcliff immediately, allowing him the use of her horse and claiming Peniston Crag as their very own castle where Heathcliff is master with her by his side.
Hindley (Hugh Williams), Cathy's brother hates Heathcliff immediately, considering him a gypsy and not worth more than a slave. When their father dies and Hindley becomes master, he turns, Heathcliff out forcing him to live with the servants and working as a stable boy. However, any chance they get, he and Cathy sneak off to Peniston Crag where they can be themselves. 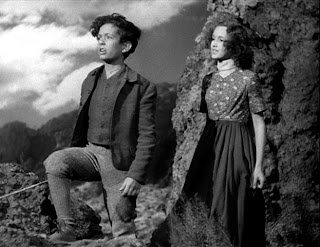 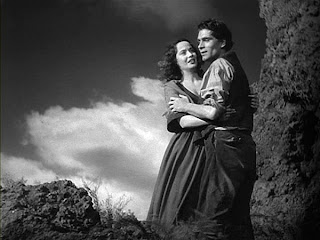 As Cathy grows, she realizes that she wants the finer things in life and resents Heathcliff for allowing himself to be treated as he does by her brother. She encourages him to go out and make his fortune. She takes him to the nearby Linton estate where they watch a ball taking place. However, they are chased by the hounds and Cathy is wounded. Discovered, Cathy is taken into the Linton home and treated with the utmost kindness. Heathcliff is turned away.
After staying with the Lintons for some time, Edgar Linton (David Niven) brings Cathy home. Heathcliff is raging and steps outside the bounds of a mere stable boy. Chastised by Cathy he escapes to Peniston Crag where she eventually joins him and apologizes. But later, having had a taste of the fine things in life and knowing Edgar wants to marry her- she admits to her maid Ellen (Flora Robson) that she would prefer to marry Edgar. Heathcliff overhears and leaves for good. 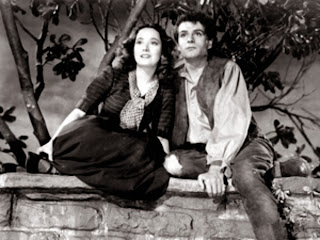 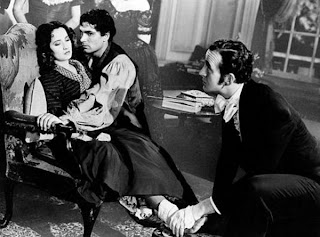 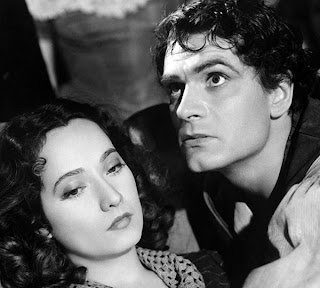 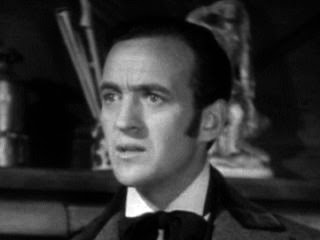 Years later, after Cathy has married Edgar, Heathcliff returns. He's made his fortune and bought the Earnshaw estate by settling Hindley's gambling debts. Hindley has spent his adulthood perfecting his alcoholism and laziness. Heathcliff does not turn him out completely but suggests that he find a place to sleep in the stables.

Heathcliff has returned because he is still in love with Cathy. With the funds to now support her desires, he asks her to run away with him. Cathy refuses to leave her husband so Heathcliff turns to Isabella (Geraldine Fitzgerald), Edgar's sister. Convincing her he loves her, they marry but this is simply to make Cathy jealous. Isabella will eventually rue the day she did not listen to Cathy's advise to steer clear of Heathcliff. 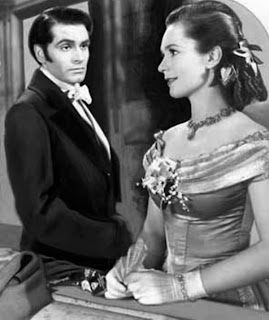 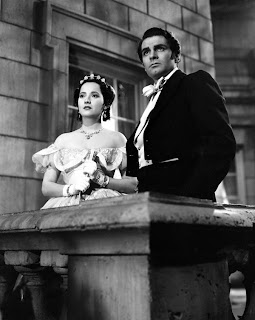 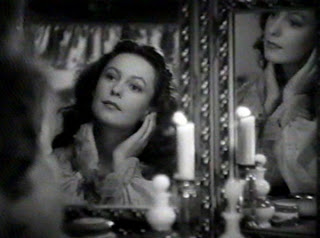 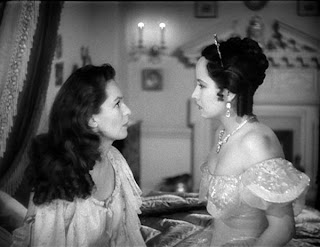 Cathy soon dies and Heathcliff prays that she does not go to heaven, but instead stays on earth to haunt him till his time comes to join her. 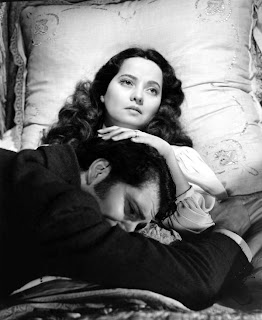 This was a fantastically romantic film. The cinematography is dark and moody, a perfect fit for the film. Though this was reportedly Oberon's best work, Olivier is the star of this film. He emotes anger, passion, and loss so effectively, you find yourself a little relieved when you see his rare smile. I would have loved to have seen this man on stage- he was so powerful on screen and such an inspiration to so many actors. Most of whom said he made acting look so effortless and who were inspired at how this effortlessness yielded such powerful results. Wuthering Heights, though sad, is a wonderful film.


Wuthering Heights had serious competition since 1939 was the best year of film making in the history of film making. It did however manage to garner an Academy Award for cinematographer Gregg Toland expressionistic black and white cinematography.


Laurence Olivier was nominated eleven times in his career for Best Actor, Best Supporting Actor, and Best Director, his first starting with Wuthering Heights. He won the Oscar once for his role in Hamlet in which he was also nominated as Best Director. He also received an honorary Academy Award for his contribution to film.


William Wyler is the most nominated director in Academy Awards history with twelve nominations. He has won for Best Director three times for Ben Hur, The Best Years of Our Lives and Mrs. Miniver.


Merle Oberon was nominated for Best Actress once in her career for her role in The Dark Angel.


Geraldine Fitzgerald was nominated once for Best Supporting Actress for her role in Wuthering Heights.


David Niven had a sole career nomination for Best Actor and won for his role of Major Pollock in Separate Tables. He was also a co-host of the 30th, 31st and 46th Academy Awards ceremonies and is considered to have one of the most MEMORABLE moments onstage while presenting.


Flora Robson was nominated once in her career as Best Supporting Actress for her role in Saratoga Trunk.


Cecil Kellaway was nominated twice in his career for Best Supporting actor for his roles in The Luck of the Irish and Guess Who's Coming to Dinner.