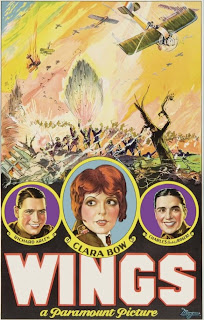 Jack Powell (Charles "Buddy" ) and David Armstrong (Richard Arlen) are rivals both vying for the attentions of Sylvia Lewis (Jobyna Ralston) who really loves David. Jack fails to see that he doesn’t hold Sylvia’s heart but his neighbor Mary Preston (Clara Bow). Both he and David enlist to become combat pilots and though they hate each other at first, they soon become close friends. When they leave for training camp, Jack mistakenly believes Sylvia prefers him; though she reveals her true feelings to David and lets him know about her feelings. Too kindhearted to turn let Jack leave unhappy, she lets him have the locket she was to give to David that holds her picture. 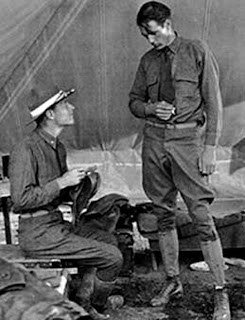 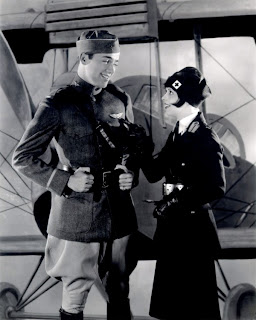 After much ground training, Jack and David are finally sent off to flying camp where they meet the ill-fated Cadet White (Gary Cooper in his first significant role that helped launch him to fame), who is killed in an air crash the same day. Once they are ready, they are shipped off to  to fight the Germans.
Meanwhile, Mary joins the war effort by becoming an ambulance driver. Learning of Jack's reputation as the “Shooting Star” an ace flyer, she finally encounters him while on leave in . However, he is too drunk to recognize her. She manages to get him into a hotel room and to bed for rest, but when two Military Police barge in while she is innocently changing from a borrowed dress back into her uniform in the same room, she is forced to resign and return to . 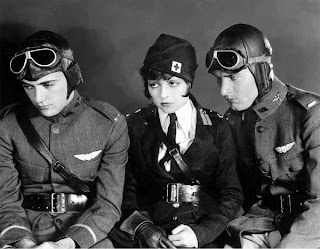 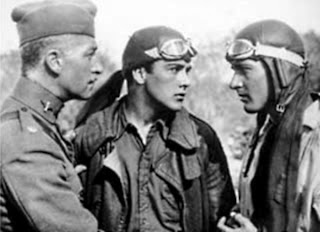 The climax of the film begins when David is shot down over enemy lines and presumed dead. However, he survives the crash, steals a German biplane, and heads for the Allied lines. But Jack, bent on avenging his friend by ridding all Germans in sight, spots him and mistaking him for the enemy, shoots him down. When he lands to pick up a souvenir, he becomes realizes what he has done. Before he dies, David forgives Jack, reminding him that he was only doing his duty. When Jack packs up David’s personal effects, he realizes Sylvia’s real feelings. Upon returning home, he visits David’s parents who blame the war, not Jack, for their son's death. Finally, Jack reunites with Mary and proclaims his love for her. 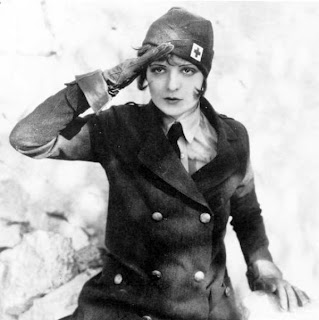 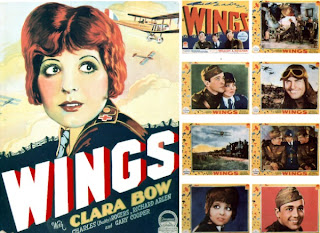 Wings packs a powerful punch! Though graphic, even for it's time, it tells an honest story about the struggles and losses of war. Wellman, not an easy director and one who openly disdained actors, was once part of the French Foreign Legion himself, flying in the Lafayette Escadrille in WWI. Therefore he was able to weave actual war footage into sequences of the film giving us a first hand view of fighter piloting. In fact, Richard Arlen- who was also a pilot in WWI and Buddy Rogers- who learned to fly for the movie, filmed while actually in the air. All this provides for spectacular camera shot angles, crash scenes and death defying acts caught on film. It's no wonder Wings won the very first Oscar!

The movie Wings holds the distinction not only for winning the very first Best Production (now Best Picture) Academy Award but also for being the only film to win the now retired category of Best Unique and Artistic Quality of Production namely for it's stunning aerial themes.

Gary Cooper received five Academy Award nominations for Best Actor, winning twice for Sergeant York and High Noon. He also received an Honorary Award in 1961 from the Academy which was accepted by his friend Jimmy Stewart.
Posted by Sarah at 6:27 PM