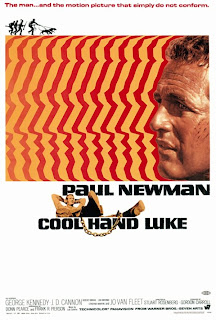 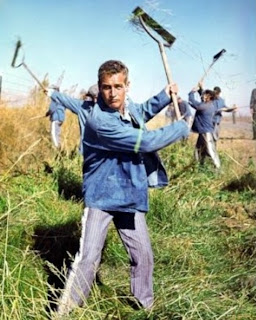 When Luke Jackson (Paul Newman) is arrested for drunkenly cutting the tops off parking meters in a small Southern town, he is sentenced to two years of labor on a chain gang. It becomes clear early on that Luke is a special breed, a loner who also happens to be a war hero with a silver star, a bronze star, and a couple of purple hearts who became a sergeant but left the army a buck private. Luke maintains an aloofness that draws the other prisoners to him especially Dragline (George Kennedy), the acknowledged leader of the chain gang who initially fought Luke but was unable to make him give up. 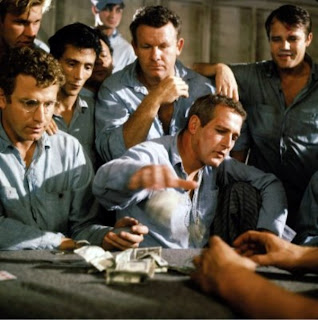 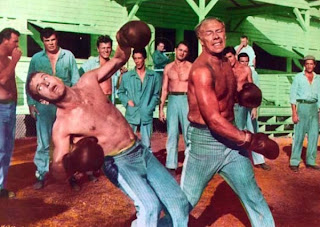 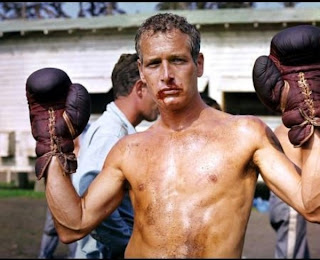 At first Luke is a model prisoner, he refuses to break under pressure from the sadistic guards and seems content to wait out his time. However, when the Captain (Strother Martin) puts him in "the box" after the death of his mother, citing that most men tend to run when something like this happens, Luke retaliates by escaping every chance he gets. 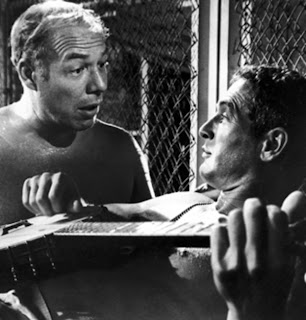 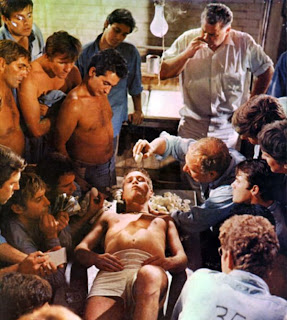 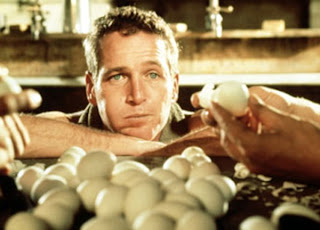 Each time he is caught, he must bear being brutally beaten and overworked in an attempt to break his will. Eventually, Luke begs for mercy, gaining contempt from his fellow inmates, as he becomes the guard’s yes man. But this in itself turns out to be a trick as Luke makes his final escape with an overjoyed Dragline tagging along. Luke requests they part ways and when Dragline is caught, he gives away Luke’s destination not out of malice but out of love and fear for Luke’s safety. Unfortunately, this proves to be a fateful move as Luke shouts out the Captain’s famous line, “What we have here is a failure to communicate” and is silenced by a bullet that does not immediately kill him. As Luke is driven to the hospital that’ll prove too far away, something the Captain counts on, a beatific smile graces Luke’s face. Meanwhile, a hysterical and disbelieving Dragline is beaten into submission and returned to the chain gang where he perpetuates the legend of Cool Hand Luke. 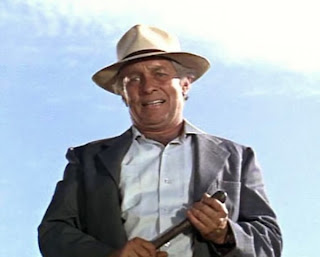 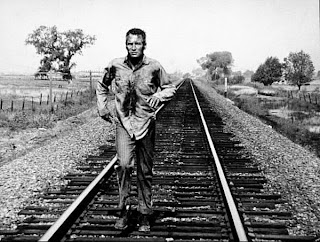 Cool Hand Luke further cemented Newman’s image as the coolest guy in America (sorry McQueen fans, Newman was cooler), something that is ironically pointed out in the film when Luke rages at his inmates not to look up to him or hero-worship him. Cool Hand Luke is yet another film were Newman plays a non-conformist, an anti-hero, a loner. In light of the video below, he really did want to be his own man and succeeded both on and off screen being just that.

Trivia:
Newman never ate one egg in this film.

Tonight on TCM!
Get your Mickey Rooney on if you can stand it!
Posted by Sarah at 11:58 AM