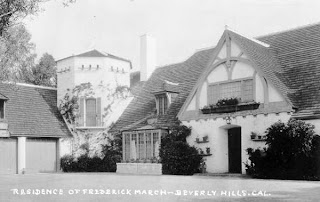 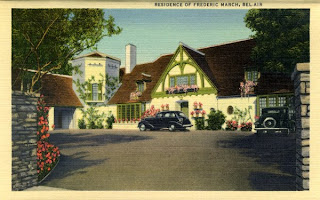 By the end of 1937 Fredric March was reported to be one of the five richest men in America, earning half a million dollars per year. He invest some of it in this Bel-Air, California home which may be known nowadays as the home Brad Pitt and Jennifer Aniston bought together before their split. However, he was no stranger to the East either, owning a 40-acre farm in New Milford, Connecticut and a New York apartment.

I came across these photos on a Flicker account with this story attached:
"In the middle of the Depression my great grandfather got his biggest job, building a home for Hollywood producer, Fredric March. The house was designed by the architect, Wallace Neff.
From an interview with Carl G. Johnson: 'That Fredric March house, that was a beautiful house, the biggest house I built, twenty-two rooms and eleven bathrooms. There were seven complete bathrooms and four half baths. Two down by the swimming pool. And it was in the middle of the worst depression. I was lucky to get the job. It helped me a lot. Movie people are nice people to work for, if you do it right for them. They all said he was a bad man to work for in the studio. I never saw him on the job more than twice. But his wife was there every day and she was a wonderful woman. I got along fine with her.'"
Not really sure if the story is true since some of the facts are off. But thought it was interesting enough to share. The house boasts it's own screening room, a tennis court, wine cellar, and swimming pool. I feel like a realtor, let me stop. 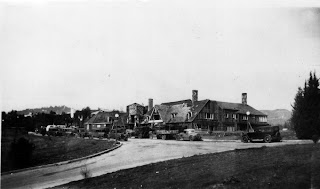 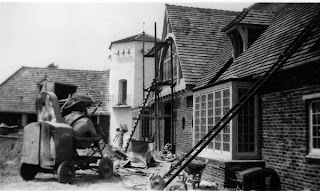 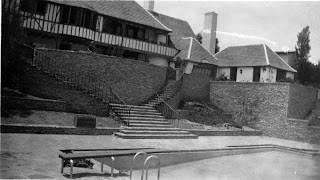 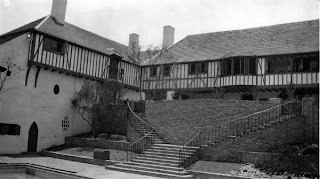 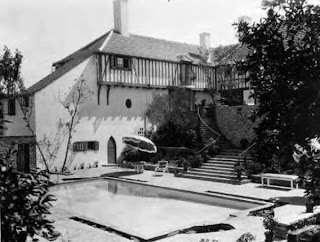 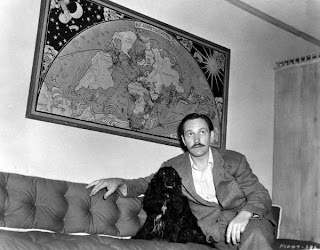 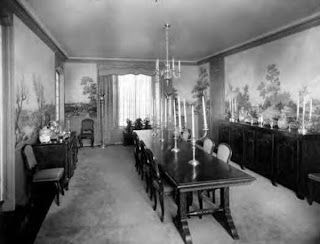 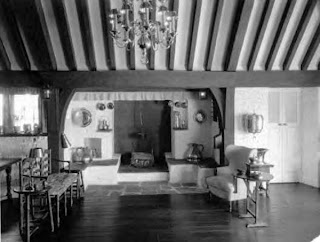 The house as it is today. 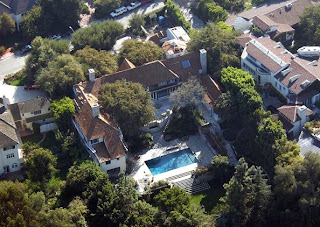