Babes In Arms: Guess Who! 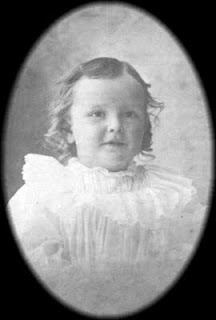 Born Ernest Frederick McIntyre Bickel to Cora Brown, a schoolteacher, and John F. Bickel, a wholesale hardware businessman, little did they know their youngest son would grow up to be not only one of the foremost stars of classic cinema but a man who's artistic achievements and shining example of Democracy did not go unnoticed.
--In 1934, was selected Hollywood's best speaker by the Executive Committee of the Atlantic League for the Rehabilitation of Speech.
--On May 27, 1939, March and his wife were presented the Badge of Tolerance by the National Conference of Jews and Christians. (This, on the basis of their play, "The American Way," as well as for their radio work.)
--The same year he won an Oscar and a Tony, March was given the One World Award for "international-mindedness and public-spirited attitude." (This citation was given to recipients in the motion picture industry.)
--In 1959, was given the honor of reading Lincoln's Gettysburg address to a joint session of Congress on the 150th anniversary of Lincoln's birth.
--October, 1964: Asked to read William Faulkner's Nobel Prize acceptance speech because, in the words of author Deborah Peterson [Fredric March: Craftsman First, Star Second] , "no other artist of that time had been more identified with the bridge between the arts and society than had Fredric March."

--In 1965, recruited by the State Department to tour eight Near Eastern countries with the goal of (in the words of former secretary of state, Dean Rusk) "building respect for our artistic achievements and thereby to the cause of improved international understanding." The tour began with "An Evening with Fredric March and Florence Eldridge" on April 4 in Cairo, Egypt.

* Trivia provided by Fredric March Society.
Posted by Sarah at 5:00 AM

Email ThisBlogThis!Share to TwitterShare to FacebookShare to Pinterest
Labels: Babes In Arms, March