The Affairs of Cellini is based (very loosely) on the life of Renaissance artist/political reactionary Benvenuto Cellini. Fredric March plays the short-tempered, overly amorous Cellini, who must be brought to heel for his committing yet another murder in a duel over a woman. When the duke of Florence (Frank Morgan) has taken it into his head to have Cellini executed, his decision is halted by Cellini ability to turn gold in to works of art and more importantly, he is gaga over Cellini's beautiful model Angela (Fay Wray). Cellini association with Angela allows him to be presented at court, whereupon he revives an ongoing affair with the duchess of Florence (Constance Bennett).
Though the duke comes of a bumbling buffoon, he nonetheless holds the power of life and death over everyone- especially Cellini who adores living on the edge, completely disregards. Through a series of improbable situations that keep the film, which is only seventy-nine minutes long, rolling at a quick pace, everyone will eventually get what they want. 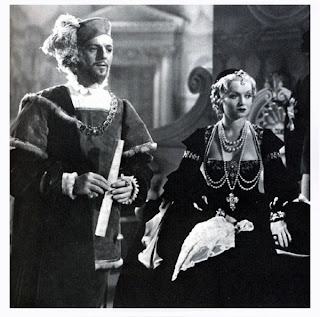 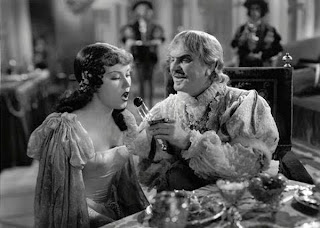 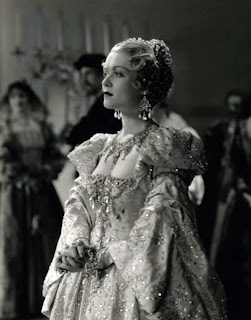 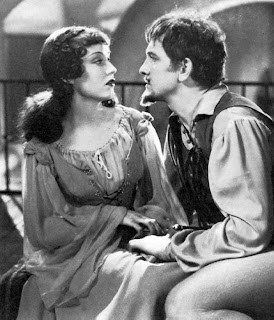 Though all four characters are great in this film, Wray as the dimwit, Bennett as the sly seductress, and March as the hot-blooded lover, Morgan steals most of the scenes with his usual stammer and stutter method. His ill-fated attempts at philandering and his tactless observations provide most of the comedy and garnered him with a nomination for an Oscar.
As for March, he plays the impatient lover-fighter well. He seems to be in constant, bouncing motion and despite his over-inflated ego he still manages to illicit sympathy. After all, he can’t help it if women are hypnotized by his charm. All those except his model Angela who doesn’t budge at his attempts to woo her. March’s reaction to this is comical and endearing. He simply doesn’t understand not being able to win her over.
Posted by Sarah at 7:13 AM