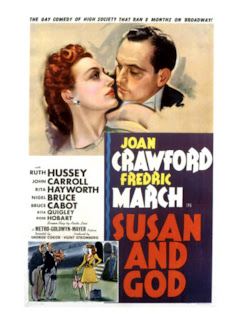 Susan Trexel (Joan Crawford), a flighty socialite, undergoes a religious transformation at the hands of Lady Wigstaff (Constance Collier) while staying abroad in Europe. When she returns to America, she takes on the dubious task of spreading her newfound religious experience with her closest friends with one exception; she doesn’t take her own advice. In short order she breaks up her sister’s liaison with a womanizer and the marriage between her older friend, Hutchie (Nigel Bruce) and his young wife Leonara (Rita Hayworth) who gave up her career as an actress. Despite her own marriage being a flop. However, her husband Barrie (Fredric March) and daughter Blossom (Rita Quigley) yearn for a stable family life. Barrie, who still loves his wife, is willing to become sober in the hopes that Susan will heed her own advice, and save their marriage. 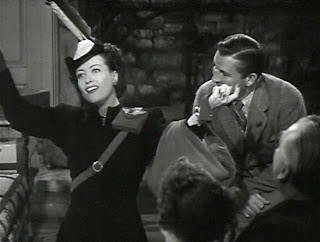 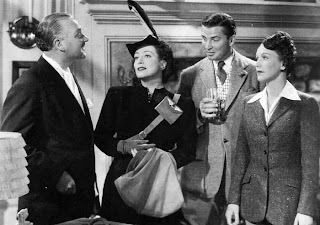 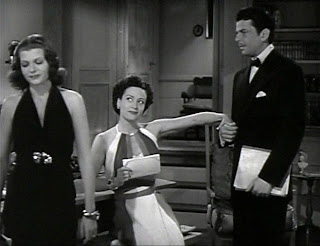 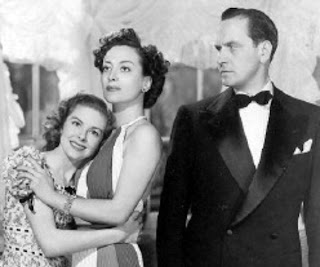 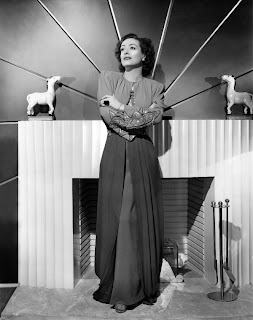 The problem is that Susan sucks as a human being. Barrie learns this as soon as he gets her back to their summer home on the bet that if he stays sober she will spend the summer with him and their daughter. When Susan firsts sees Blossom after months of her being tucked away at boarding school she tells Blossom, "If you're not going to be pretty, the least we can do is make you interesting." Blossom takes it in stride but Barrie soon heads out of the house in search of a drink much to Blossom’s disappointment. He doesn’t drink though. Instead he takes a long walk and thinks and when he finally does return home he gives Susan a piece of his mind…finally.
At this point you think that Susan, having gotten the scolding she so deserved would start falling for Barrie and his dominance. Certainly in the close up after he leaves the room, you see Susan faintly smile like she’s got a schoolgirl crush. However, it will take some pretty hammy moments, some more speeches, and the threat that Barrie will leave her for another woman for Susan to finally come around. The effect is slightly tedious and exhausting- especially since there are moments when March is the hammiest I have ever seen him. Plus there are a few confusing moments in the film where you question if it’s a real scene or a dream sequence from a young teenager’s mind (I refer to the taffy scene for those of you that have seen the movie). Overall, Susan and God is a lot of fluff and bull on the surface, a lot like the character of Susan, until the real heart of the film is exposed, as is Susan who will eventually confess her faults and her fear of losing Barrie.


Sidenote:
It was intended as a vehicle for Norma Shearer, but the star refused to play the role of a mother with a teenage daughter. Greer Garson was also considered for the role before it went to Joan Crawford.