The Two Sides of Gene(us) 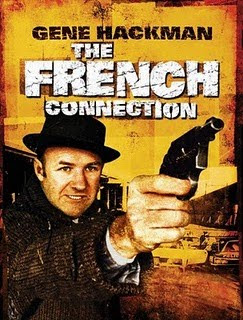 Gene Hackman is one of few contemporary actors I really, really enjoy watching, especially when he is being his particular brand of funny or quirky. I recently watched two of his earlier films, The French Connection and I Never Sang for My Father. Two very different films where he displays two very different types of characters.
In The French Connection, Gene plays Jimmy Doyle, a hardened narcotics cop with a penchant for drinking and bigotry, whose whole life is his work. While out for a drink with his buddy and fellow cop, Buddy Russo (Roy Scheider), Doyle notices an odd assortment of people sitting together, some of which are known mobsters involved with narcotics. Following a hunch, Doyle and Russo decide to tail the couple that were spending a lot of money at the bar. What they find is a small cell of criminal activity that will lead to a huge heroin bust once they connect all the dots. Seeking support from their superior proves hard as Doyle has had "hunches" before that cost the life of another cop. After saddling Doyle and Russo with Federal Agent Mulderig (Bill Hickman) who openly dislikes and blames Doyle for another officer's death, they follow the clues that lead to their "French Connection".
Full of gritty and graphic scenes, The French Connection is quite a realistic thriller that ends, in my opinion, quite poorly. However, Gene's character, though committed to his job of getting drugs off the street, has the methods and attitude that are on the same level or worse than the scum he arrests. It's Gene at his best worst. His ability to make you hate him outshines even the evil deeds of the men he is chasing. 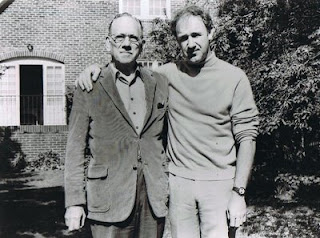 Then there is Gene in I Never Sang for My Father, a riveting film about a son struggling for his father's affection. This movie also featured an elderly but no less powerful Melvyn Douglas playing the father. The movie opens with a thought provoking message about how death ends a life but does not end a relationship. Told in retrospect, Gene Garrison (Hackman) recalls the days leading up to and immediately after his mother's death. In short order we learn the complex relationship he has with his parents, especially his father, and how that has affected him as a man. Douglas plays his part superbly as the father who has accomplished great things only to be forgotten in his old age by most and now is truly dependent upon his son to take care of him. However, Gene wants his father to depend on him out of love, not fear. Love he has been trying to earn all his life. He yearns to get away to California and marry the woman he loves, and to start a new life. Though he cannot leave his father in the hands of the state and though he offers his father to come to California with him, his father remains stubborn and indignant. He believes he has earned the right to stay where he pleases and to have his son care for him.
This is a truly wonderful film that tells two sides of a complex situation. Though Douglas is magnificent in the film and draws the viewers pity through his elderly weakness and confusion, his performance is complimented by Gene's ability to deflect his father's barbs, to soothe his indignation. His ability to portray a man struggling to love his father more than pity him is driven home by honest emotion and fantastically delivered dialogue.
Tonight on TCM! I suggest Dreams (1990) to anyone who may not know this wonderful director's work.
TCM SPOTLIGHT: AKIRA KUROSAWA'S 100TH BIRTHDAY
Posted by Sarah at 5:00 AM