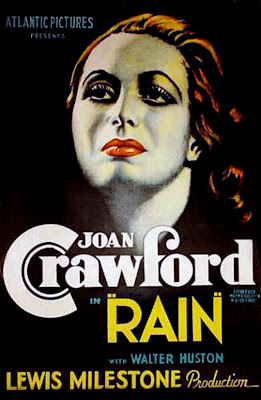 Alfred Davidson (Walter Huston), a self-righteous missionary, his prim, proper wife, Mrs. Davidson (Beulah Bondi) and Sadie Thompson (Joan Crawford), are among the passengers on a ship docked in rainy Pago Pago. When they are all quarantined on the tropical island due to a cholera outbreak, Sadie, who has a questionable background, is subject to the Davidson’s “Christian charity”. Taking it upon himself to save her soul, despite the protestations not only of Sadie but some of the island’s military men stationed there, the inn keeper Joe (Guy Kibbee), and Dr. MacPhail (Matt Moore) another passenger from the ship, Davidson approaches, reproaches, and offers salvation. When Sadie denies his offer, Davidson has the governor of Pago Pago order her back to San Francisco, instead of letting Sadie go on to the next port. She begs Davidson to allow her to remain a few more days, so she can sail to Sydney, Australia instead. Davidson forces her to admit why she doesn’t want to go back to San Francisco- she’s wanted by the police for a crime she didn’t commit. Davidson tells her that to save her immortal soul she must serve the time in jail. After Sadie hurls insult after insult at him, Davidson stands his ground and prays out loud and Sadie experiences a religious conversion. She agrees to return to San Francisco and to serve the jail sentence. For the next few days she’s observed as being in a trance. The evening before she is set to leave, Sergeant "Handsome" O'Hara (William Gargan), who wants Sadie to go to Australia and marry him, tries but fails to get her to leave so he can hide her until the boat comes. Davidson comes to her rescue and dispatches O’Hara. Revealing she is frightened about her new life ahead, Davidson tests her by giving her the option to go to Australia. Sadie refuses and Davidson is full of glee. While native drums beat, Davidson succumbs to her beauty and accosts her. The next morning, he is found dead, having slit his own throat. Back at the hut O’Hara and Joe find the Sadie they first met, back in her own clothes with her make-up and lingo intact. It’s as if the trance has been lifted but who entranced who? 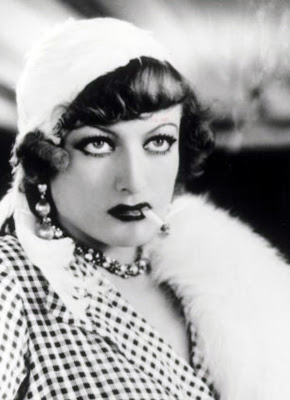 Note the lips and eye make-up here. Perhaps Joan used Sadie Thompson as an inspiration for her "new look" in the fifties? 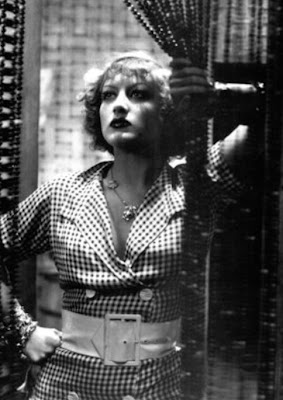 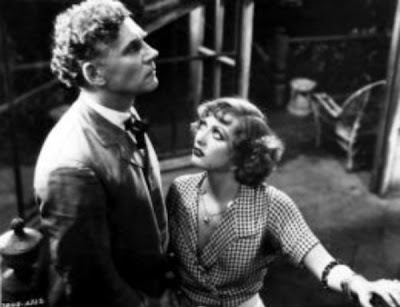 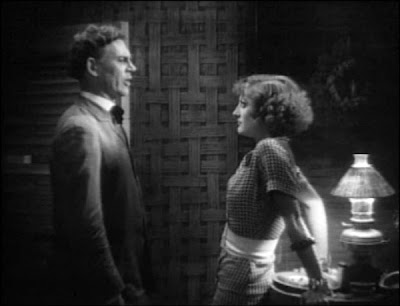 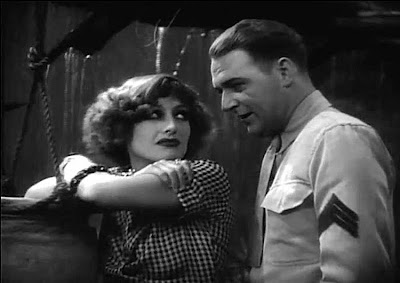 This was an interesting film that showed missionaries in a negative, fanatical light, more so than The Bitter Tea of General Yen. Ironically, the Davidson character was softened so as not to offend any of the religious viewers. Davidson is a man who assumes Sadie is a bad woman simply because she acts differently from his wife and Mrs. MacPhail. He shows no mercy when Sadie reveals a little about herself and is consumed by completely invading and ruining her life under the guise of saving her soul. Though no synopsis seems to make note of it, I think the way the film plays out leads one to wonder if Davidson was under Sadie’s trance or she under his. This is especially noticeable as we see Davidson restlessly pacing the porch on Sadie’s last night, trying to overcome his temptation. When he succumbs to it his body movements match the beat of the native drums, the light fades and as the camera pans in on his face, the viewer sees the devil within. Very cleverly done in my opinion.
As for the acting, Crawford was still grabbing at her dramatic roots and reviews were poor, with many thinking she was in way over her head. Consideration must be given for this being an early sound film and the transition from silents. Crawford has a few enlightening moments where we glimpse her future success in drama but overall she came off garish and comical. As for Huston, I have yet to see him give a bad performance. He carried the film with a little help from the delightful Kibbee.
Tonight on TCM! One of my mother's favorites!
National Velvet (1944) A British farm girl fights to train a difficult horse for the Grand National Steeplechase. Cast: Mickey Rooney, Donald Crisp, Elizabeth Taylor, Anne Revere Dir: Clarence Brown
Posted by Sarah at 5:00 AM