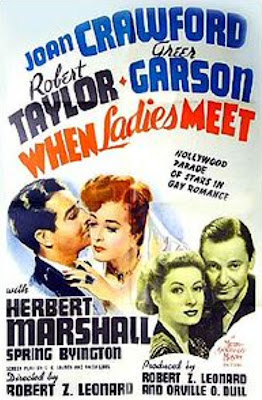 Last night I watched the 1941 version of When Ladies Meet and found that though it was filmed in the post- code era, the premise was pretty much the same, right down to the set. I wonder if they used the same set? As for the characters, here's my assessment:

Mary Howard- played by Myrna Loy and Joan Crawford. This is kind of hard since I think both are fantastic actresses. Joan is more believable in the end after she discovers she has been speaking to the Mrs. Woodruff. Her heartbreak is evident and you can see she is weakened by it whereas Myrna Loy comes off more angry and resilient. Also, in the 1933 version, Loy kept driving home the point that if two mature and intelligent women were to get together, there would be no problem putting aside their differences. For an intelligent writer who is supposed to know women, this statement is naive and annoying the more it's said. By the end of the movie, I had a hard time feeling sympathy for Loy's Mary.

Jimmie Lee- Robert Montgomery and Robert Taylor both play charming men wondrously but Robert Taylor was out of his league here. He is oddly matched with Joan Crawford and stands out amongst the rest of the characters, he comes off more down to earth and less artificial. Robert Montgomery, who was constantly type-casted into these roles was better matched with the diminutive but strong-willed Myrna Loy. He was quick-witted, fitted perfectly into the cast of people, and played a better drunk. Montgomery simply comes off more cultivated and refined.

Rogers Woodruff- Hands down Herbert Marshall plays the better Woodruff. Though Frank Morgan is a fine actor, I place him solely in roles where his comedic timing and unique display of frustration make him ill-suited for adulterer roles. Morgan comes off more callous and selfish whereas Marshall displays genuine distress over what he has done to both Mary and Clare. It's ironic, Morgan's interpretation of Woodruff proves Clare's point whereas Marshall's interpretation proves Mary's point. The point being that this type of love is a harder love- Clare believes that there has to be something in the man that will make or break the deal- and in most cases, the man doesn't have it. Whereas Mary believes it's the woman who must give over once it's been proven to her that this type of love is real. Marshall's was real. Morgan's was pure selfishness.

Clare Woodruff- Would it suffice to say that anything Greer Garson touched was golden? No? Okay. Well, I found her by far to be the better Clare. This could have something to do with my indifference to Ann Harding whom I find a dull actress. As Clare, they both deliver their points well but Harding seemed a willing victim compared to Garson who came off stronger and more tolerant because her husband was a weak man.

Bridget Drake- I liked Alice Brady's portrayal of Bridget much better. Though Spring Byington played Bridget competently she did not do so convincingly. Brady played the perfect feather-brained matron whereas Byington's performance seemed forced and a little over the top. 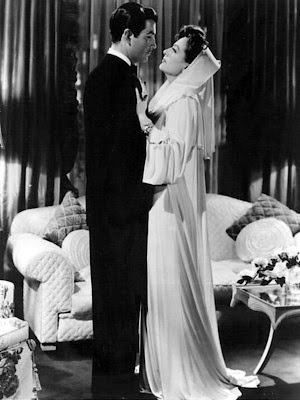 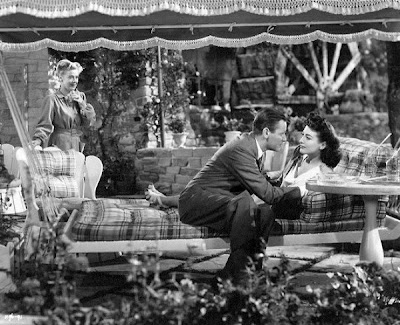 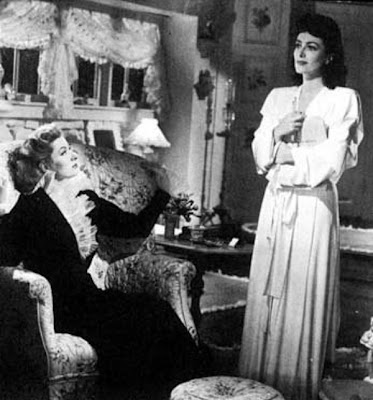 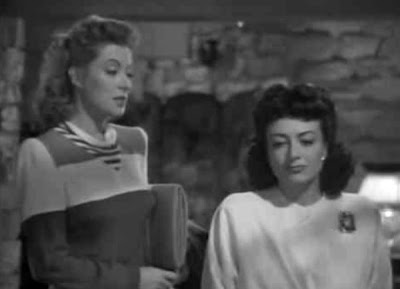 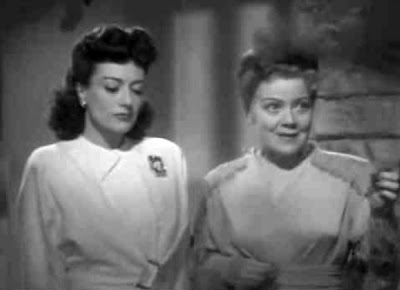 Overall, I found the 1941 version better. Namely because of the performances of Crawford, Greer, and Marshall. Though the beginning starts out slow, once the affair is revealed, the viewer is sucked into the story, the interactions between these three are genuine, their emotions are palpable. We can relate and empathize with all the characters because they perform it that convincingly. The 1933 version in comparison comes off as a parody. I could not empathize with any of the characters. Harding seemed the willing victim, Morgan came off selfish, and Loy, in my opinion, got what she deserved.

When Ladies Meet (1933)
Tonight on TCM!
Rear Window (1954)
A photographer with a broken leg uncovers a murder while spying on the neighbors in a nearby apartment building. Cast: James Stewart, Grace Kelly, Wendell Corey, Thelma Ritter Dir: Alfred Hitchcock
Posted by Sarah at 5:00 AM