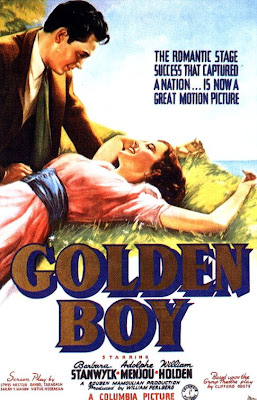 Joe Bonaparte (William Holden) loves to play the violin however he sets it aside for the boxing ring and its lure of easy money, despite his father’s misgivings and fear that Joe will break his hands and never be able to play again. Joe convinces a down and out boxing manager, Tom Moody (Adolphe Menjou) to let him fight and his success in the ring soon draws the attention of mobster Eddie Fuseli(Joseph Calleia).
Meanwhile, Joe falls for Moody’s girl Lorna Moon (Barbara Stanwyck) a girl who’s been burned by love and finds it easier to be in a loveless union. When Joes has second thoughts of becoming a boxer, Lorna convinces him he should stick to it. But when Lorna sees how boxing is affecting Joe’s music and his relationship with his father, she convinces him to leave boxing, especially after Joe captures Fuseli’s attention.

Will Lorna have the courage to love again? Will Joe give up boxing before it’s too late? 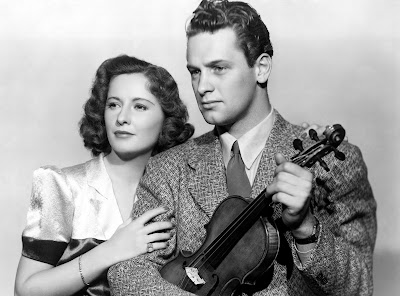 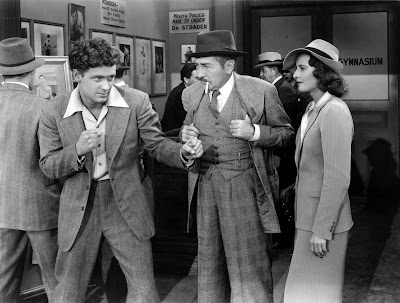 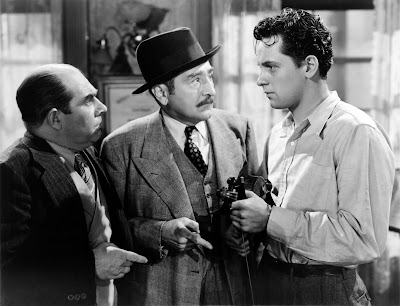 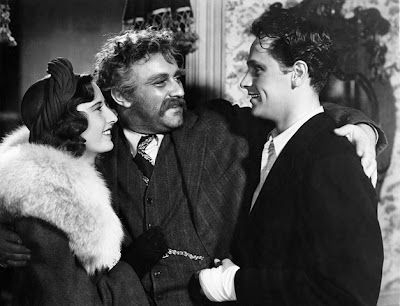 Film stills courtesy of Dr. Macro
I was very interested in seeing this film because I have only seen William Holden in his later successes such as Stalag 17, Executive Suite, Bridge on the River Kwai, and Network. The title Golden Boy is appropriate as Holden looks shiny and nubile with his dimples and curls before nicotine changed his voice and he was regularly pickling himself. However Golden Boy doesn’t offer much of interest beyond the young Holden. It’s a good example of one of the lesser great films of 1939. Holden’s acting is borderline comical, his explosive anger comes off more a toddler’s tantrum than a man at war with the choices he’s made. His relationship with the camera is shy with every close-up shot revealing his inability to look directly into the lens. The plot is flimsy with no great dialogue to give it legs, and it runs on far too long. Joseph Calleia’s acting is stilted and flat as if being polite presents difficulty. Adolphe Menjou seems to float through the film making no impact whatsoever. The eleven year age difference between Stanwyck and Holden is lengthened by Stanwyck’s no-nonsense style of acting and her steadily maturing face; she came of more motherly than amorous. Combine all this with Lee J. Cobb’s stereotypical Italian father, right down to the-a-way-a-he-a-speaka, and you are no longer enjoying film so much as filling time praying for it to end. Thus proving that even great directors such as Rouben Mamoulian have off days.