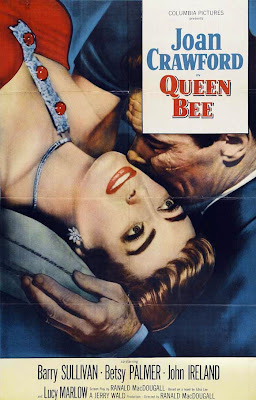 Eva Phillips (Joan Crawford) dominates the Georgia mansion she shares with her husband Avery (Barry Sullivan), an alcoholic mill owner and his sister Carol (Betsy Palmer). When Eva's cousin, Jennifer Stewart (Lucy Marlow), visits she is at first naive to what is going on in the household and defends Eva anytime Carol or Avery say a bad word against her. However, the longer Jennifer stays the more she doesn't like what she sees. She watches as Eva ruthlessly maneuvers to prevent the marriage of Avery's sister to Judson Prentiss (John Ireland) by telling Carol that she and Judson were once lovers. When Carol learns the truth, she commits suicide. When Eva senses the developing relationship between Jennifer and Avery, she threatens to make Avery's life miserable if he leaves her, reminding him that the last time he thought to do so resulted in his face being scarred. Avery decides then that he will publicly display his love for Eva and vows to her that he has changed. He will now go to her social gatherings with her, stop holing himself up in his room and drinking, and give her the second honeymoon she deserves. Judson suspects this is a hoax on Avery's part and figures out that Avery plans to kill Eva and himself via an automobile accident. However, Judson beats him to the punch as he feels responsible for avenging Carol's death. Now Jennifer and Avery are free to be together. 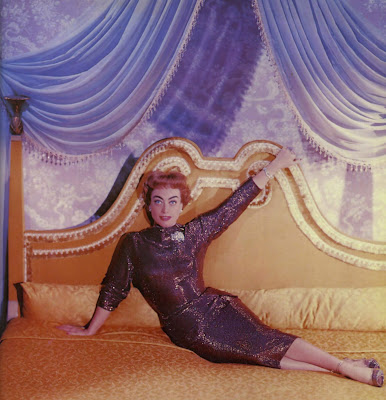 The advent of TV made most movies in 50's, to my way of thinking, unbearable to watch. Queen Bee is a testament to Joan Crawford's talent in that flagging era of cinema as well as a testament to the lackluster stars who also performed in that era. Crawford simply outshines everyone involved in this movie. I think, like any other viewer, you're simply waiting for her next screen entrance and everything in between is boring filler. Not only because Crawford plays such a ruthless character, but also because she has the talent to make you feel sorry for her being so ruthless. Carol and Avery warn Jennifer that Eva will never let her go once she has you in her clutches and it's believable because Crawford holds the viewer in her clutches as well. Even as you cringe at the selfish things she does, these spiteful things she says, her manipulative ways have captivated you.
Queen Bee is bearable only because Joan Crawford made it so. Which is a shame since the plot is a good one. Both Marlow and Palmer fell flat in their performances, their faces garish masks of emotion while there are too many unnatural pauses between dialogue. Sullivan portrays too well what a man defeated by life looks like, not even getting riled up when his sister falls prey to his wife. Ireland does little better, spouting cutting barbs as his face remains in stone. The movie also moves at an unnatural pace, though the time lines are established (everything that happens in the movie is over the course of a few weeks) there is no time to mourn the loss of Carol, in fact, no one seems to at all. There are not enough scenes between Jennifer and Avery to convince the viewer that she has fallen in love with him, and the combination of Sullivan's performance and the timeline of one afternoon does not convince the viewer that Eva should believe Avery really loves her and wants to start over again.
An interesting aspect of the film is the recurring nightmare that Eva and Avery's son Ted has. As Carol explains to Jennifer, he keeps seeing himself in a car with his mother as they drive towards a mountain. Ted wakes up screaming every night right before the mountain is reached. As Eva and Judson topple over in the car, a close up of Eva's face while screaming is suddenly replaced with Ted screaming as he awakens. Jennifer settles him back in as he mumbles that it's happened, it's finally over. 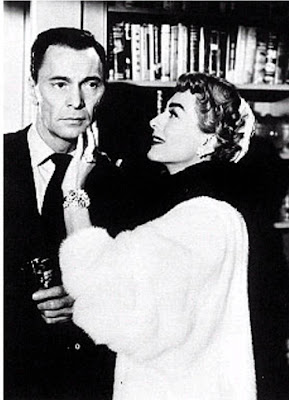 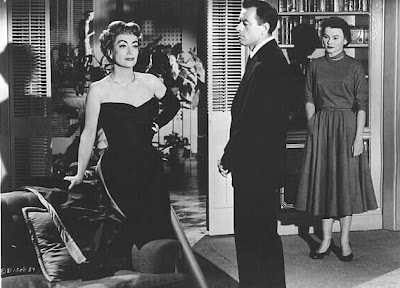 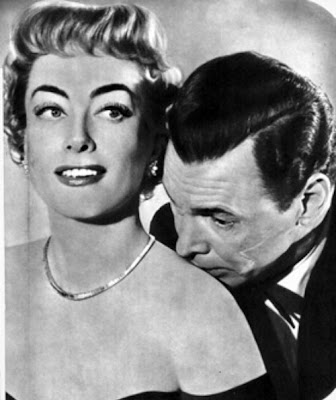 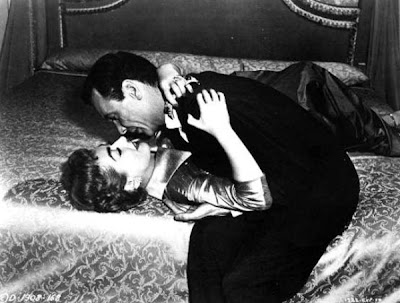 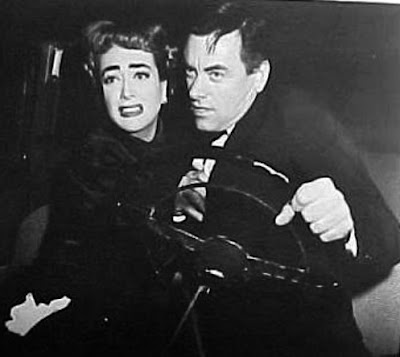 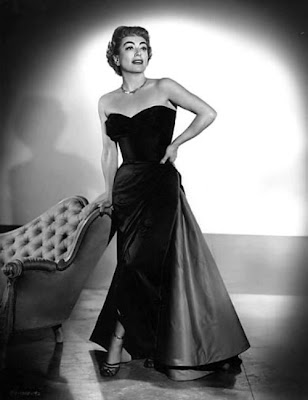 I hope I look this good at fifty!