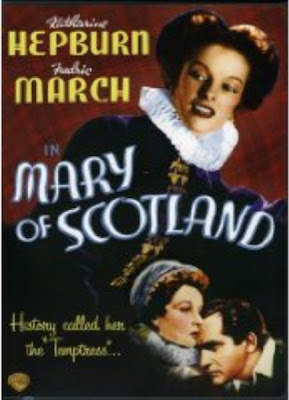 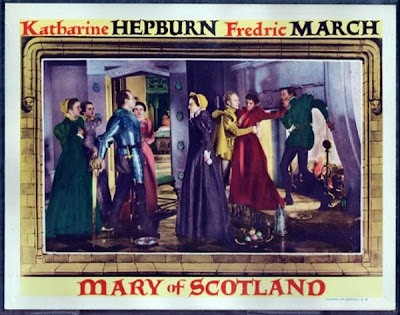 Synopsis:
In 1561, Mary Stuart (Katharine Hepburn) , the young widow of Francis II of France, sets sail for her native Scotland to re-establish herself as monarch. In spite of attempts by her politically insecure cousin, Queen Elizabeth of England (Florence Eldridge), to prevent her from reaching Scotland, Mary lands safely with her Italian secretary, David Rizzio (John Carradine), and rides to Holyrod Castle near Edinburgh. Immediately upon her arrival, Mary is confronted by her half brother, James Stewart (Ian Keith), the Earl of Moray, who is the leader of the country's ruling noblemen, and is questioned about her devotion to Catholicism and her refusal to marry. While the noblemen select a council for Mary, the queen is denounced publicly as a "wicked" Catholic by John Knox (Maroni Olsen), an outspoken Protestant leader. Knox's accusations are countered by the equally eloquent Earl of Bothwell (Fredric March), who in spite of his own Protestantism, pledges his loyalty to Mary and demands that he be named Scotland's military chief. Enraged by Mary's success at charming her court, Elizabeth plots with Throckmorton (Alan Mowbray), the new Scottish ambassador, to use Moray against her. At the same time, Rizzio encourages Mary to wed Lord Darnley (Douglas Walton), a Catholic who is the heir to the English crown after Elizabeth. Although she loves Bothwell, Mary rejects his proposal and marries the foppish Darnley. Soon after, Mary's council tries to force her to dismiss Rizzio and, when she refuses, goads the sexually frustrated Darnley into accusing the Italian of adultery. In Mary's bedroom, a group of Scottish lords murder Rizzio and, as a drunken Darnley watches, force the queen to sign a false confession of infidelity. Aided by Bothwell's loyal troops, Mary and Darnley escape and thwart Moray and Elizabeth's conspiracy. A year after Mary gives birth to a boy, James, a still discontented Darnley threatens to disown his son as his legitimate heir. Before he is able to carry out his plan, however, Darnley is burned alive in his private refuge, which is destroyed by planted explosives. As Knox damns Bothwell as Darnley's murderer, the earl "kidnaps" Mary and, in defiance of the council, secretly marries her. Twenty days later, Moray abducts baby James, and the rebel lords attack Holyrod Castle. Outnumbered by Moray's troops, Bothwell finally agrees to leave Scotland if Mary is allowed to remain queen. In spite of his promises, Moray forces Mary to abdicate and, after imprisoning her, makes himself regent. Eventually Mary escapes and, believing Elizabeth to support her cause, flees to England. Elizabeth, however, takes Mary prisoner and, after Bothwell dies a mad man in a Danish jail, puts her on trial for treason. Crushed by the news of Bothwell's death, Mary eagerly accepts her inevitable condemnation and refuses to renounce the Stuart claim to the English throne, even when offered clemency by Elizabeth. Satisfied that she has enjoyed a more rewarding life than the ambitious Elizabeth, Mary faces her exeuction with courage. -TCM 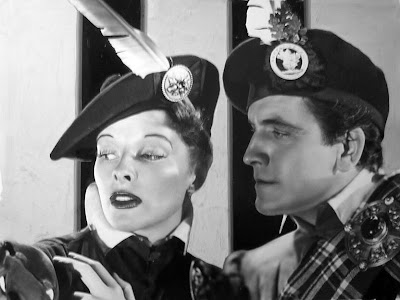 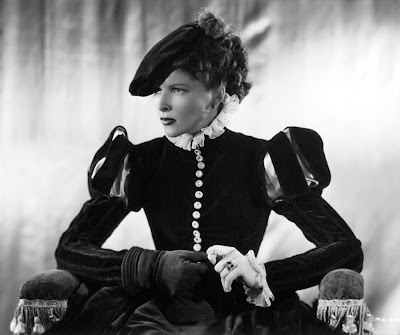 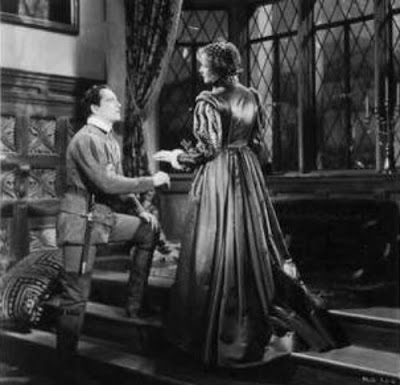 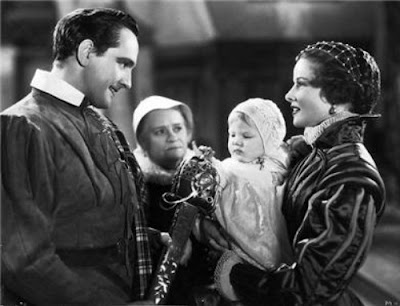 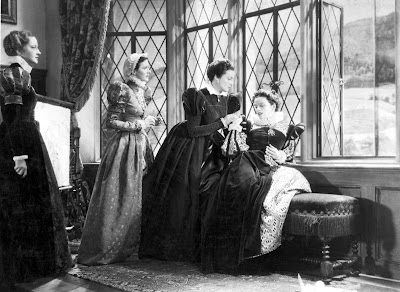 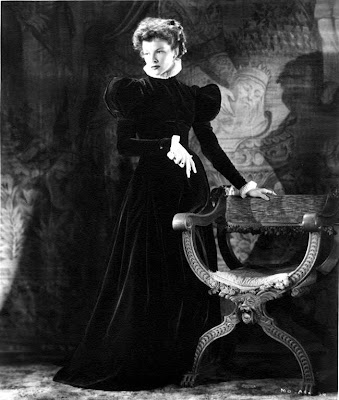 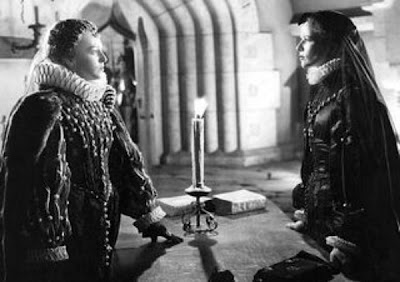 More of a love story neatly fit into an inaccurate accounting of history, I was very entertained by this angle of Mary of Scots story. I especially enjoyed all scenes involving the energetic and manly Bothwell. I could have used less of Mary's sililoquies, Elizabeth's snarling manner, and more detail on how Bothwell ended up in the Danish prison. Ford, known for allowing little of his film to end up on the cutting room floor, makes me wonder if he even bothered filming how that event took place. Overall, I liked the film even though at the time it was considered a flop and another reason to label Katharine Hepburn "box-office poison". Did you know she directed her one and only scene in this film? John Ford was so impressed by her wit, humor and strength that he trusted her enough to film what was one of the better scenes in the movie, the scene where Mary lets Bothwell know that she will marry Darnley and not him.
March is a much rowdier Cellini-like character in this film. I loved his banter with the ladies-in-waiting and his overt manliness especially in comparison with Mary's weaker husband. He shines equally in this film despite Hepburn who is the protagonist.
Posted by Sarah at 5:23 AM