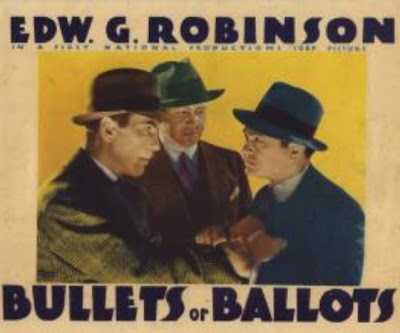 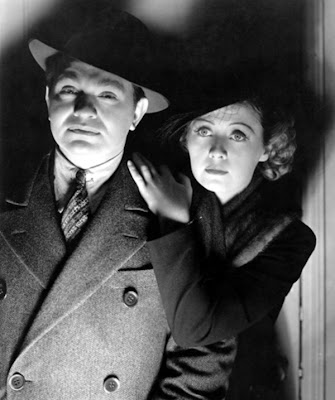 Here's the deal, see? Johnny Blake can’t help it if he’s got the gift of gab and has infiltrated Al Kruger's racketeering gang. Al Kruger’s a rube, see? Thinks ole Johnny is the right gee only he ain’t the right gee and has Al set up for the ole send over. But not before Johnny catches how much cabbage the Kruger gang rakes in or sees the shack they use to count it in. But Bugs Fenner is hinky, see? Already has Johnny doped for a dick no matter what his boss Al says. Even when Johnny gives a copper some chin music and gets thrown in the can, ole Bugs still puts the screws on. And he should. Johnny’s been dropping dimes on Captain McLaren who’s in charge of sweeping up the dirt made by racketeering. But Johnny’s got tricks, see? He knows a Jane that makes plenty of cush running numbers and thinks Al should let him run numbers. Now Johnny’s all silk. He’s raking in dough and respect from the other members of the gang, it’s all duck soup. But Bugs is still hot, he wants to be the high pillow but he’s gotta meet the top men who use Al like a puppet first. Johnny’s new rep ain’t gonna help him so Bugs speeds things along by letting the daylight in on Al. With him outta the way he thinks the tops will put him wise but their hats are tipped to Johnny. So, Bugs has Johnny tailed and sees everything in red. He confronts Johnny slinging metal. Johnny catches a slug but not before fitting Bugs for his wooden kimono. Johnny makes it to the station in just enough time to peach. That’s the crop. Savvy? 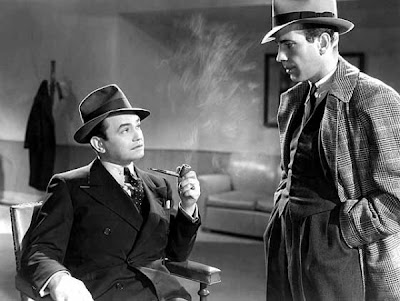 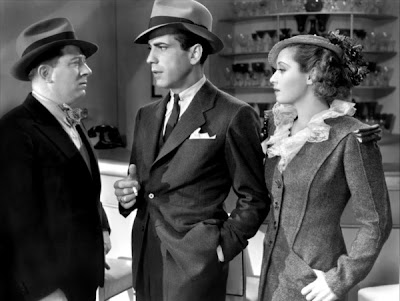 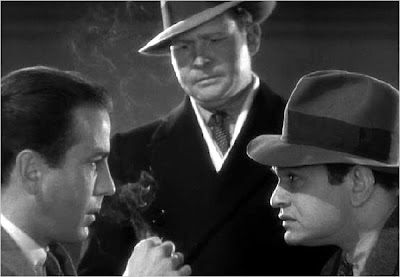 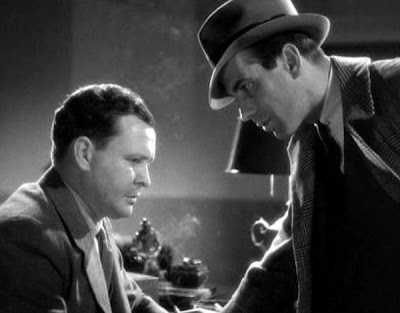