With the upcoming film Public Enemies, TCM decided to show a gangster film of their own, Manhattan Melodrama. A fitting film considering that in 1934, John Dillinger came out of hiding to watch this movie at the Biograph Theater. Afterwards he was shot outside the theater by the police and died. It's said that he was a huge fan of Myrna Loy's and couldn't resist not seeing her onscreen. 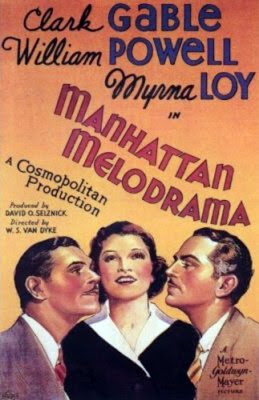 Orphans Edward "Blackie" Gallagher (Clark Gable) and Jim Wade (Willaim Powell) are lifelong friends who take different paths in life. Blackie thrives on gambling and grows up to be a hard-nosed racketeer. Bookworm Wade becomes a D.A. vying for the Governorship. When Blackie's girlfriend Eleanor (Myrna Loy) leaves him and marries the more down to earth Wade, Blackie harbors no resentment. In fact, their friendship is so strong that Blackie murders an attorney threatening to derail Wade's bid to become Governor. The morally straight Wade's last job as D.A. is to convict his friend of the murder, and send him to the electric chair. After he becomes Governor, Wade has the authority to commute Blackie's death sentence-- a decision that pits his high moral ethics against a lifelong friendship. - IMDb 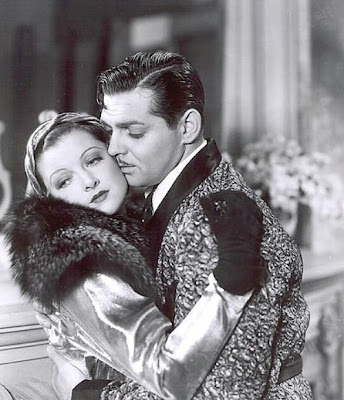 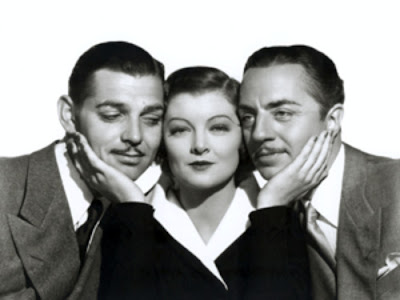 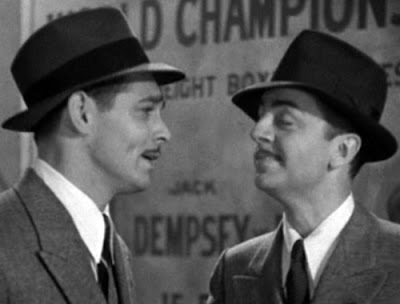 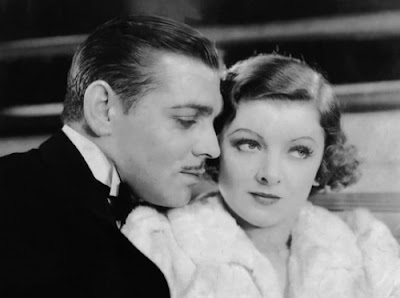 This was a good film. A little unbelievable on the whole human aspect. I mean, if I did a friend a favor like killing off a rat who wanted to ruin my career, I would like to think it wouldn't take them up to last minute to commute my sentence and spare me the electric chair. I certainly wouldn't have been as brave as Blackie to refuse the offer of a commuted sentence and nonchalantly walk to my death.
Tonight on TCM!
High Noon (1952) A retired Marshal must defend his town from a revengeful villain.Cast: Gary Cooper, Thomas Mitchell, Lloyd Bridges, Katy Jurado Dir: Fred Zinnemann
Posted by Sarah at 11:51 AM