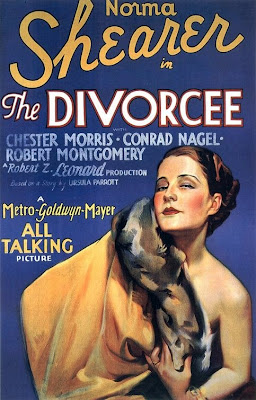 Last night I watched another Norma Shearer film, The Divorcee. A film about double standards and how it destroyed a loving couple's marriage. Ted (Chester Morris) is husband to Jerry (Norma Shearer) who has a brief affair with another woman. On the eve of their third anniversary and before Ted is set to leave on a week-long business trip, Jerry finds out about the affair when the "other woman" has the audacity to show up to their apartment with a group of Jerry and Ted's friends. 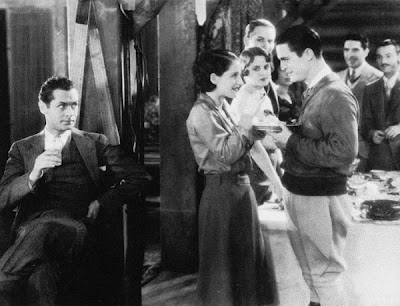 Harking back to before they were married, Ted tries to rely on Jerry's liberal attitude that she can take things just like a man and that's why their marriage will last, he tell Jerry the affair didn't" mean a thing". Well, with husband away, the wife will play and Jerry sets out to "balance the account" with Ted's best friend Don played by my favorite man, Robert Montgomery. 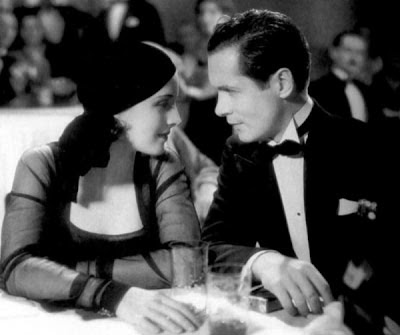 Suddenly, Ted realizes that infidelity might actually mean something after all. Despite throwing herself at his mercy (Lord knows why) Ted just can't seem to forgive Jerry (no big suprise there). Meanwhile, Don has taken the first ship that will take him far away from New York- though Jerry never reveals that it was him. 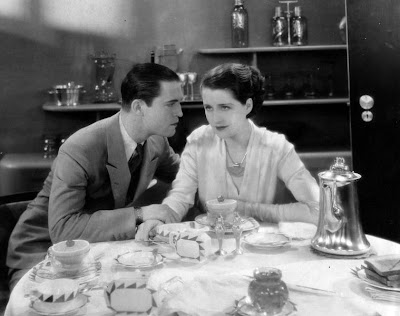 After the divorce an inwardly unhappy, but popular Jerry lives a party life while Ted sinks into a life of alcoholism. Jerry then runs into Paul (Conrad Nagel), an old friend who was crushed by Jerry's decision to marry Ted. Paul and Jerry's friend Dorothy who is in love with Paul comforts him with drinks then allows him to drive her home. Paul wrecks his car, disfiguring Dorothy's face in the process. Out of pity, Paul marries Dorothy. Years later, when he runs into Jerry he makes the decision to leave Dorothy and marry Jerry. But when Jerry sees Dorothy again, and hears her plead with Paul not to leave her, Jerry is suddenly reminded of how she begged Ted to stay and how much she lost over the mistakes they made. So, she turns Paul down and sets off to find Ted who is also ready and willing to let Jerry back into his life. 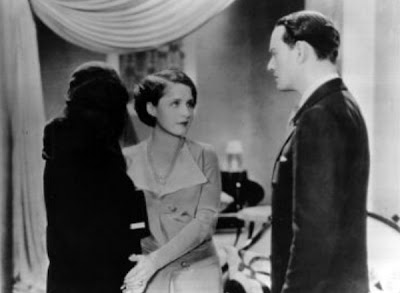 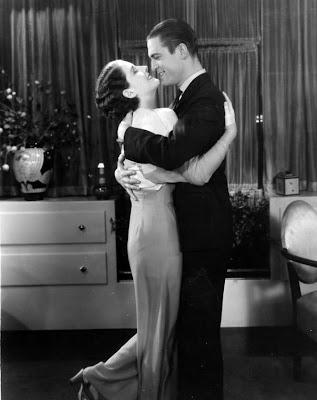 I am beginning to think there may not be much else to Norma Shearer's talent. If anything she was typecasted as the oft-deceived yet plucky ex-wife or ex-lover. I still like her though, she was quite beautiful and energetic. I am hoping to see something more from her in the later films she did.
Tonight on TCM!
1939: Hollywood's Greatest Year (2009) This documentary focuses on 1939, considered to be Hollywood's greatest year, with film clips and insight into what made the year so special.
Posted by Sarah at 9:01 AM