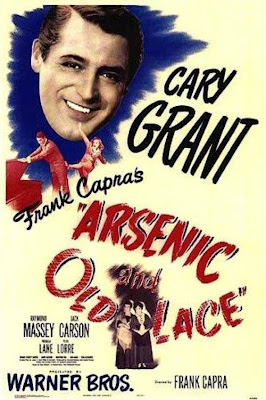 Arsenic and Old Lace is one of my top four favorites of Cary Grant's. Full of witty dialogue and plenty of frantic twists and narrow escapes, it's a wonderful black comedy.

Mortimer Brewster, is a theatre-hating drama critic who is debating whether to marry the woman he loves. Taking her on a visit to his aunts' house he realizes the aunts have a "little hobby". They have taken to murdering lonely old men by giving them a glass of homemade elderberry wine laced with poison. To make matters worse Mortimer's family includes two crazy brothers. One who believes he is Teddy Roosevelt and spends his time digging in the cellar of the Brewster home (which then serve as graves for the aunts' victims, and one who is a murderer that received plastic surgery performed by an alcoholic accomplice, Dr. Einstein. Can Mortimer keep his aunts safe and prevent them from continuing their hobby? More importantly, can he stay sane with the woman he loves? 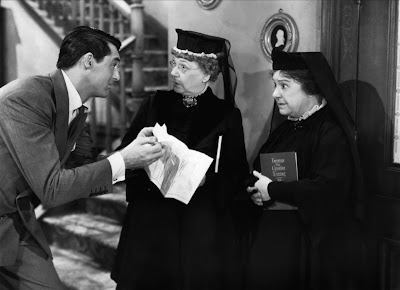 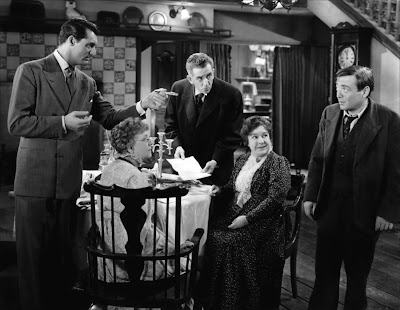 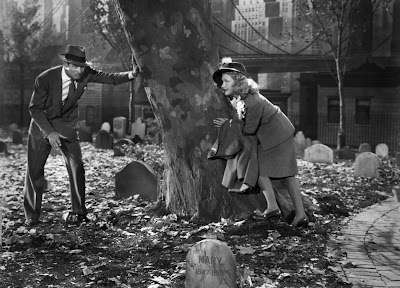 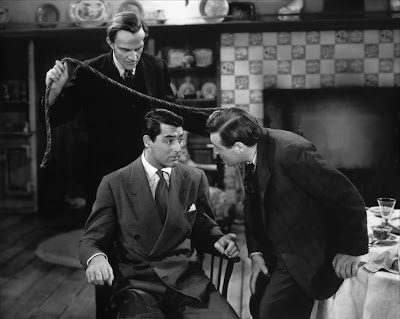 Images thanks to Dr. Macro
Posted by Sarah at 5:20 AM

Email ThisBlogThis!Share to TwitterShare to FacebookShare to Pinterest
Labels: A week of Cary Grant, Arsenic and old Lace, Lane, Lorre