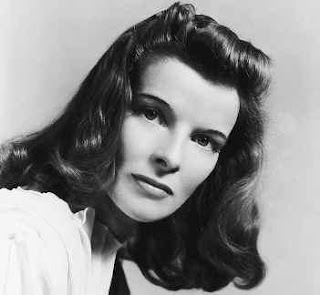 The other night I watched Morning Glory starring Katharine Hepburn and Douglas Fairbanks Jr. It was painful. Not as painful as The Glass Menagerie mind you, but painful all the same. It's one of those movies with an incredulous ending, nothing is wrapped up, the future is still unsure and in this case, the moral of the story is defiantly and verbally torn to shreds. A perfect example of a WTF? ending. But that's not the purpose of this blog entry. I want to say a few things about Katharine Hepburn. 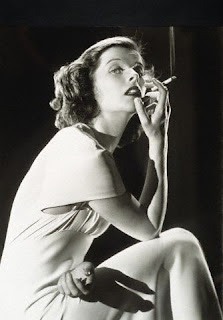 I like her. I do. I was sad when she passed and immediately went out and bought Me: Stories of My Life and Kate Remembered. There are several memorable films I love her in: Bringing Up Baby, The Philadelphia Story, Holiday, The Lion in Winter, Guess Who's Coming to Dinner, On Golden Pond... all great movies. As of late though, I feel that a little bit of Katharine Hepburn goes a long way. In short, I am not sitting down to watch a marathon of her acting career. That's nightmare material. 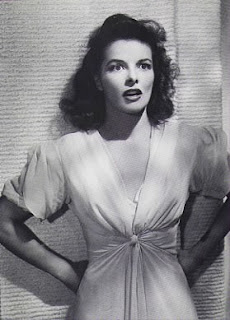 As I watch her movies now and when I see her movies come up on TCM that I may not have seen before, I find that while record it to my DVR, movies like Pat and Mike and Morning Glory will sit there for months before I work up the desire to see them. So, what is it? Well, probably what most would say about Katharine Hepburn- her voice and mannerisms. The New England accent, the fast-paced talking, murmuring opinions under her breath, the changing of octaves to denote a certain strength or weakness or ploy to get her way, gesticulating often and concisely, dominating the scene with her presence that was so unlike any other actors in the scene... ever. All these things that made her stand out and shine among other actors of her era were also possibly the very things that had brought her under scrutiny during her career, perhaps also contributing to her being labeled "box-office poison" in 1938. 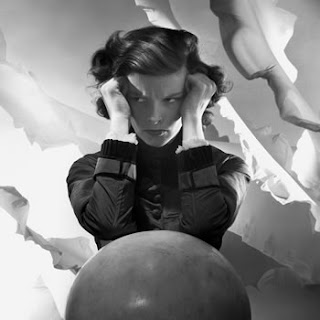 One would think she was a victim of her circumstances doing so many screwball comedies- I mean, how many actresses wrestled a leopard in there career? Or it could be movies like Morning Glory, where she simply overwhelmed an underwhelming story.

All this is not to say that Katharine Hepburn was one the most beautiful, talented, intelligent, and determined actresses ever to grace the screen.

Celebrities reveal the classic movies that influenced their lives in interviews with acclaimed film critic/interviewer Elvis Mitchell.
8:00 PM
Good, The Bad, And The Ugly, The (1966)