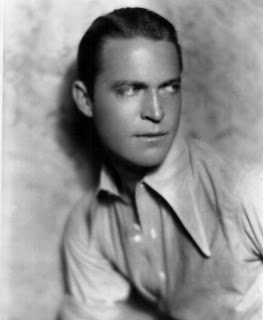 BROTHER, CAN YOU SPARE A DIME?
By Chester Morris
[Reprinted from The Screen Player, 1938]

Christmas comes but once a year and when it comes it brings Good Cheer! To whom? I’ll tell you.

Good cheer, eh? What’s good about it? Just for fun, in 1934,--four weeks prior to Christmas, I set out to do a little statistical research on organized charity. Being a charitable man myself, I was a bit annoyed at my own reactions.

“Someone must do this work,” I thought. “Why should I complain because every morning I’m forced to read a personal (mimeographed) letter stating: “I’m only three years old, Mister--Mother left me last Tuesday and I haven’t eaten since last August--.” “Of course,” I said, “There must be cases like that and somebody must take car of them.” So, I’d send the five dollars.

After the first two weeks, when my breakfast every morning was costing me in the neighborhood of twenty bucks, I set about my task in earnest. Each day I’d compile all the “Calls For Help” from starving moppets, starving policemen, and that pathetic little heart-tearer-outer, --“Please, Mister buy me a new dog,” etc., and I discovered I was receiving some fifteen letters a day.

Figuring my Yuletide sympathy at five dollars a crack--that totaled $75. A day, mind you! On a weekly basis, my philanthropy would reach the munificent sum of $500.00--this amount figures on four weeks--the letters dwindle after the tree lights burn out--presents a sum total of $2,100. All this, I might add, does not include Mrs. J. Dufflefinkel, Inc. The hell with her!

Then, of course, there’s the little (?) item of my own family’s Christmas to look after, including about eighty relatives, whose little girls’ mothers have all, practically,-- “left them last Tuesday and they haven’t eaten since last August.”

Approximately, my charitable offerings for the year 1934 totaled $7,200. Add to this one’s household budget, clothes, hats and shoes for the kiddies, food, upkeep on the car--a Filipino to bring in the “Fifteen letters a day”--an occasional trip to keep you in check-signing condition--and what have you when it’s over? Nothing, brothers,-- nothing and that’s where the trouble starts.

If every letter from the Mrs. J. Dufflefinkel, Inc., was answered with a “fiver” or perhaps a “tenner” (your heart may be bigger than mine), over a period of two years, I figure, providing of course, you’re not a millionaire, you’d be badly bent if not broke. Then what happens, you say? Oh, lots. I’ll prove to you just how vicious this charity business can be.

In your sympathetic efforts to raise these poor “Fallen Ones”--you gradually, oh, so gradually, become party of the first part yourself! You have spent all your money--you are broke—and so, one morning you have to sit down, if you can find a place to do so, and write Mrs. J. Dufflefinkel’s Needy Cases, Inc., asking for a few dollars help because “—your wife and children left you last Tuesday and you haven’t eaten since last August!” You think you’ll get it? You will not! A letter will arrive in a few days informing you that, “—there are needier cases ahead of yours—that they’ve put you on their list and will probably get to you around 1940 when they’ll be only too happy to look into your case.” Case is right. By 1940 it will have four sides, a top and bottom and be made of knotty pine!

Believe me, gentlemen, --I made up my mind they wouldn’t catch me with buttons off my panties! No sir! I’ve solved the problem in my own way and it works.

“How?” you ask. Simple. I send letters to myself from myself! Pathetic letters they are, too and I start them four weeks before Christmas.

They arrive at breakfast along with Mrs. J. Dufflefinkel’s, only I throw hers in the waste basket. My heart is naturally touched as I read of my pathetic state of affairs, and, as I have already stated, being a charitable soul, there’s but one thing to do—and I do it. I put five dollars in an envelope and send it to myself!
Be your own Mrs. J. Dufflefinkel, gentlemen, and I promise you one of the happiest of New Years!

With a career that spanned over fifty years, Chester Morris was born into a Broadway background and started his career onstage. Comfortable with audiences and a magician enthusiast, he often incorporated magic tricks into his personal appearances at film premieres and in his films themselves. Gaining stardom in the early thirties, Morris’ career waned by the end of the decade forcing him to perform in a few B-rated movies until he found a firm following with his Boston Blackie character in fourteen low-budget movies produced by Columbia.
Morris spent the latter half of his career mostly on television, performing in the occasional film, and doing some stage work. Already dying of cancer, Morris was appearing in a stage production The Caine Mutiny Court Martial when he took his own life via an overdose of barbiturates in 1970.
Posted by Sarah at 7:23 PM

Email ThisBlogThis!Share to TwitterShare to FacebookShare to Pinterest
Labels: Morris, Tuesdays with The Screen Guild Magazine