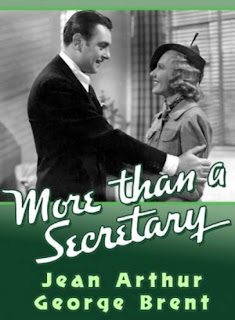 Carol Baldwin (Jean Arthur) and Helen Davis (Ruth Donnelly) are the owners of the Supreme Secretarial School. Both are women who have put a career before a man. When they chastise Maizie West (Dorthea Kent), one of their worst students, she states she does not need perfect skills for the office. Her aim is to win over the boss with her looks. She warns Carol that she’ll soon be like the older Helen if she doesn’t try for a man soon. 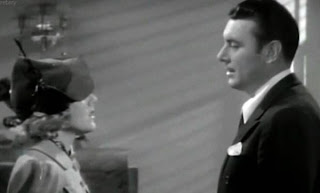 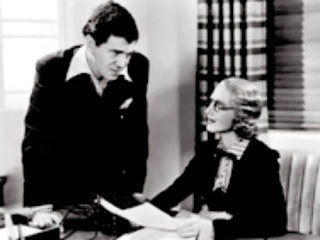 Carol meets her dream man soon after. Magazine editor, Fred Gilbert (George Brent) runs Body and Brain and is in need of a competent secretary. Carol decides to take the job but finds it hard to adhere to Fred’s strict exercise and diet regime led by his trainer Ernest (Lionel Stander). Taking the opportunity to liven up the magazine and improve circulation, Carol switches out Fred’s boring pictures for more exciting ones and the plan works. Circulation is up but Fred is furious, only relenting when he realizes Carol had the right idea. Thinking that she and Fred are on the path to romance, Carol is disappointed to learn that Fred's old friend, Bill Houston (Reginald Denny), has begged him to take Maizie, his secretary, off his hands because his wife is returning from Europe. Fred is immediately smitten by Maizie and promotes Carol to associate editor in order to have her as his new secretary. However, when he begins to neglect his work, Carol gets fed up and goes back to her old job.  Will Fred soon realize his mistake? 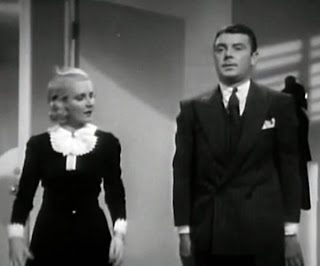 Though another formulaic thirties film, Arthur and Brent are a good onscreen pair with Stander and Donnelly an added comedic element. I’m currently reading Jean Arthur: The Actress Nobody Knew by John Oller. It’s a very interesting book. I never knew that Arthur was more reclusive than even Garbo or that she had so many insecurities about her acting. I find her to be quite a talent but according to Oller’s book, talent was something she always strived for but couldn’t handle once she had.

Today on TCM! Love me some Geraldine Page!
Dear Heart (1964) A middle-aged postmistress falls for an engaged man during a convention in New York.
Cast: Glenn Ford, Geraldine Page, Angela Lansbury. Dir: Delbert Mann.
Posted by Sarah at 6:30 AM

Email ThisBlogThis!Share to TwitterShare to FacebookShare to Pinterest
Labels: More Than a Secretary