Tuesdays with the Screen Guild Magazine 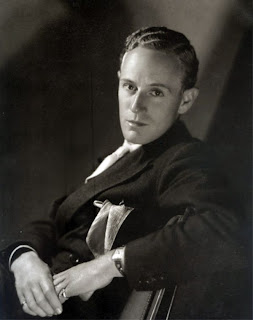 THE THEATRE IS THE ONLY TRUE ACTOR’S MEDIUM


By Leslie Howard
[Reprinted from The Screen Guilds' Magazine. December 1935]


When one is asked as one so frequently is, which is the better medium for acting—the stage or the screen, one’s first emotion is that of amazement—or was, before the emotion faded from repetition. Amazement that the screen could be seriously regarded as an actor’s medium. For surely the first requirement of any craftsman in relation to his medium is that he have control of it. And surely no one can seriously contend that the actor has any control over the medium of the motion picture.

Do not misunderstand me. I do not mean physical control. Granting him all manner of authority over the writing, the direction, the photography, and the cutting (an inconceivable state of affairs under the present system), he still, as an actor, is practically in chains during the only period which counts for him—the period of actual performance. Nor can he ever be otherwise. He is fundamentally at the mercy of a dozen mechanical hindrances, of a constantly interrupted continuity, and, most important, he is deprived of that other vital element of drama, the audience.

On the stage, however, the actor is manifestly supreme. At the really crucial moment, the moment of raising the curtain, all the other contributors to the show have departed; the playwright, the director, the scene designer, costumer, lighting expert—everybody but the actor. He is left in solitary glory, in supreme command, with nothing between him and his living audience, to command and control as he thinks fit. Then commences that extraordinary partnership between actor and spectator which is the very essence of theatre. Here, to my mind, exists the only possible control over the art of acting.

But if the theatre is the only true actor’s medium, the screen is incomparably the superior for the director. For the ideal motion picture director should be also a writer, or a collaborator to a writer. He must be a natural storyteller, for it is he who tells the story. And what a great medium for storytelling the screen is. An to have at one’s disposal the innumerable devices for this purpose which the modern motion picture offers is indeed a millennium for the spinner of yarns the good director is.

Does that answer the question? Probably not. Except—very definitely—for me.

Leslie Howard was the epitome of lukewarm romantic charm. Best known for his role as Ashley Wilkes in Gone with the Wind, Howard up to this point was a popular leading man with movies such as Of Human Bondage, A Free Soul, Pygmalion, The Petrified Forest, and Romeo and Juliet already under his belt. The stage, however, continued to be an important part of his career.He usually served as either producer or director of the Broadway productions in which he starred, such as his 1936 production of Hamlet. He was also a playwright with productions such as Murray Hill, Out of a Blue Sky, and Elizabeth Sleeps Out making it to the Broadway stage.

Oscar trivia:
Leslie Haward was nominated the Academy Award for Best Actor twice in his career for his roles in Berkeley Square and Pygmalion.
Posted by Sarah at 6:58 AM

Email ThisBlogThis!Share to TwitterShare to FacebookShare to Pinterest
Labels: Howard, Tuesdays with The Screen Guild Magazine