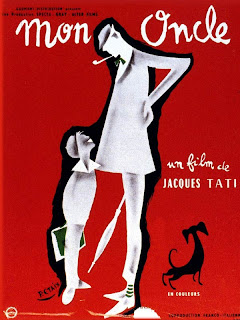 The film centers on the socially awkward yet lovable character of Monsieur Hulot (Jacques Tati) and his quixotic struggle with postwar France's infatuation with modern architecture, mechanical efficiency and American-style consumerism. As with most Tati films, Mon Oncle is largely a visual comedy; color and lighting are employed to help tell the story. The dialogue in Mon Oncle is barely audible, and largely subordinated to the role of a sound effect. Consequently, most of the conversations are not subtitled. Instead, the drifting noises of heated arguments and idle banter complement other sounds and the physical movements of the characters, intensifying comedic effect. The complex soundtrack also uses music to characterize environments, including a lively musical theme that represents Hulot's world of comical inefficiency and freedom. –Wikipedia 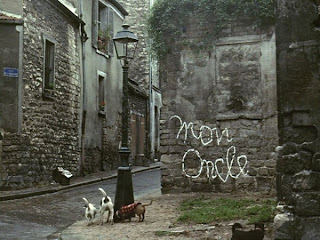 I LOVED this opening sequence! 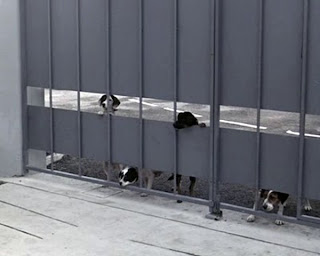 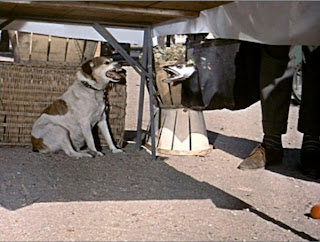 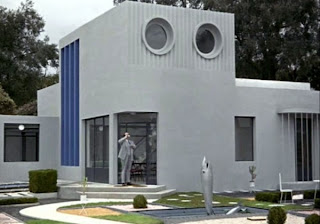 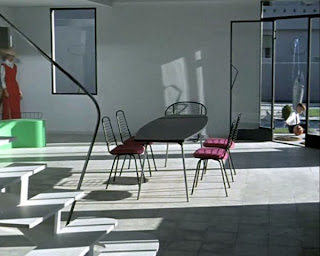 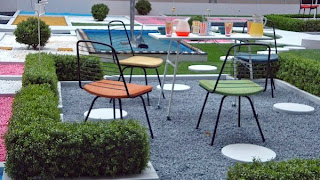 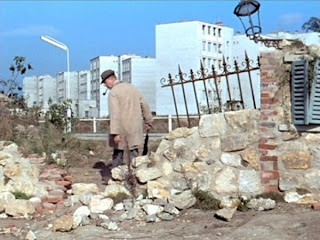 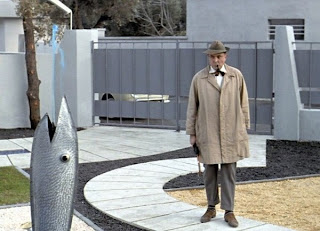 That fish should have gotten second billing. 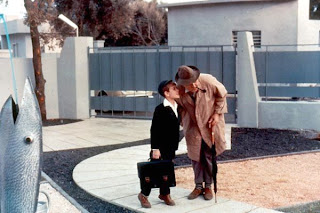 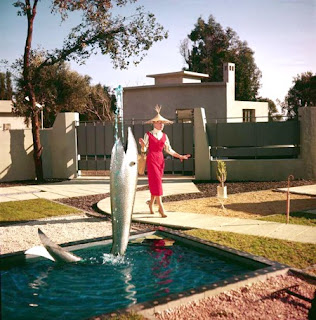 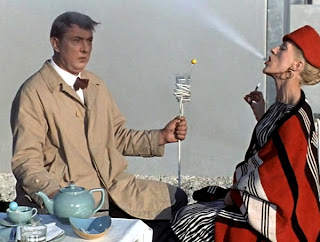 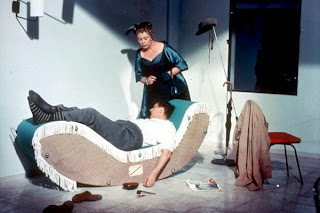 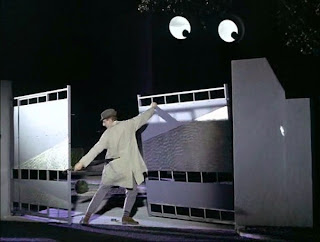 One of the more hiliarious moments in the film.
Mon Oncle is a visually stunning film that does (ingeniously) rely on sound effects to accentuate the comedy. There are quite a few laugh-out-loud moments in the film. I adore French comedy, well French cinema in general, Amélie, Delicatessen, Sheitan, The 400 Blows, The Discrete Charm of the Bougoisie, The City of Lost Children. I think they are the tops when it comes to fantasy, horror, and black comedy. Mon Oncle simply adds light comedy to the list for me.
If your ever in Paris, go check out the Mon Oncle modern house they recreated!

Oscar trivia:
Mon Oncle, Jacques Tati’s first film in color, won him the Academy Award for Best Foreign Language Film. He was nominated once before for Best Original Screenplay for Les Vacances de Monsieur Hulot (Mr. Hulot's Holiday).
Posted by Sarah at 6:20 AM