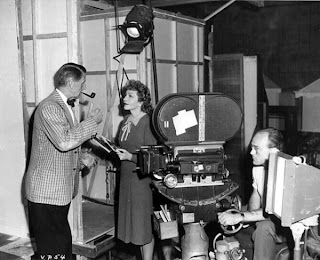 John Cromwell and Claudett Colbert on the Set of Since You Went Away.
Claudette Colbert remains the only actress in the history of cinema to star in three films in the same year to be nominated for Best Picture Academy Award, those films being Cleopatra, Imitation of Life, and It Happened One Night which were all made in 1934. She won for her role in It Happened One Night. 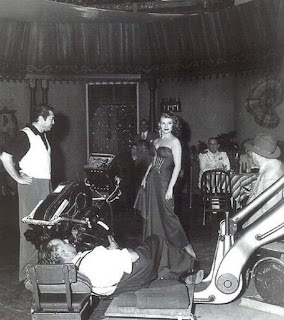 Rita Hayworth on set of Affair in Trinidad.
Despite appearing in 61 films over 37 years, including leading roles in successful, classic films like Gilda, she never received an Academy Award nomination. 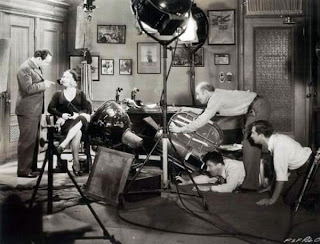 Edward G. Robinson and Marian Marsh on the set of Five Star Final.
Robinson was never nominated for an Academy Award, but in 1973 he was awarded an honorary Oscar in recognition that he had "achieved greatness as a player, a patron of the arts, and a dedicated citizen ... in sum, a Renaissance man". He died two months before the award ceremony. 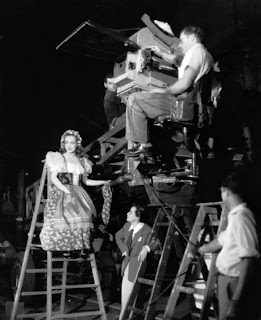 Joan Crawford was nominated for Best Actress three times in her career for her roles in Mildred Pierce, which she won, Possessed and Sudden Fear. 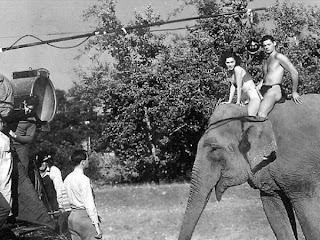 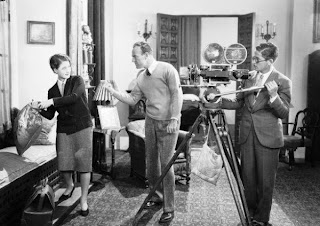 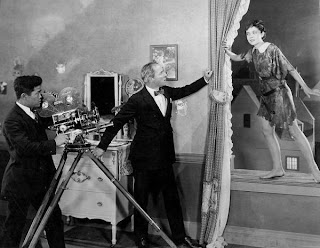 James Wong Howe and  Betty Bronson on set of Peter Pan.
James Wong Howe was nominated for ten Academy Awards for cinematography for Algiers, Abe Lincoln in Illinois, Kings Row, Air Force, The North Star, The Rose Tattoo, The Old Man and the Sea, Hud, Seconds, and Funny Lady. He won the award twice for Hud and The Rose Tattoo.
Posted by Sarah at 10:37 AM