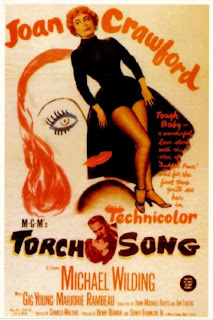 Temperamental Broadway star Jenny Stewart (Joan Crawford) lashes out at anyone who displeases her or doesn’t strive for her brand of perfection. This includes her current dance partner, the director, the producer and most importantly her arranger, Charlie (Bennie Rubin), who has been driven to drink because of her demands. It’s soon discovered that Jenny’s kindness is reserved only for her needling mother and her fans that she adores. Aware of how very lonely she is, despite her relationship with Cliff (Gig Young), Jenny is caught up in her own insecurities about her self worth beyond being a star and has developed a defense mechanism of striking first and dealing with the consequences later.
When Charlie quits the show and is replaced by Tye Graham (Michael Wilding), a blind pianist very adept at accompanying Jenny and accommodating her changes, she rudely disregards his suggestions. Thrown off guard by his composure and knowledge, Jenny insists getting the director Joe (Henry Morgan) to fire Tye and bring Charlie back.

Despite being fired, Tye buys Jenny lunch and suggests that she uses her tough demeanor to conceal her fear of being vulnerable. Jenny doesn’t warm to the concept and they part bitterly. Later that evening, after thinking things over and realizing that Charlie won’t be coming back to the show, Jenny goes to Tye’s apartment and insists he come back to work for her.
Eventually Jenny comes to depend upon Tye but is thrown again by his seemingly disinterest of her. When the show is ready to go on the road, Tye decides not to go with it much to Jenny’s dismay. After another bitter confrontation, Jenny visits her mother and reveals her frustration about Tye. But when Mrs. Stewart produces the scrapbooks she has filled with newspaper clippings about Jenny's career (something Jenny is very surprised about), she finds a review written by Tye the evening before he went to war and eventually became blind. Realizing that Tye has seen her before, loved her singing and better yet, her- Jenny rushes to his home and admits her love for him as well. 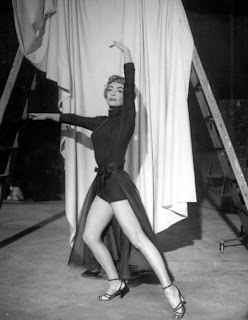 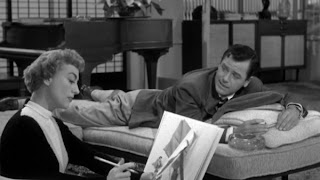 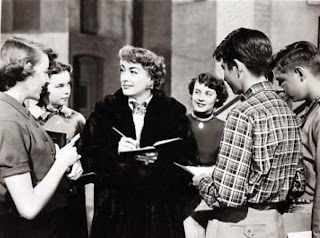 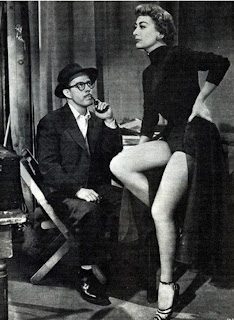 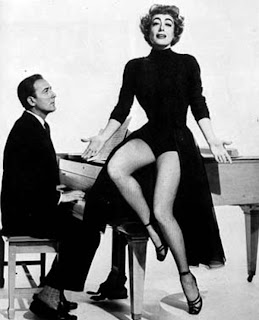 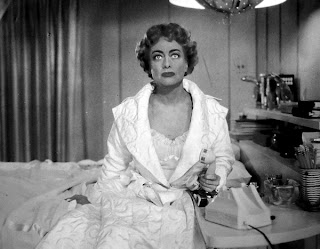 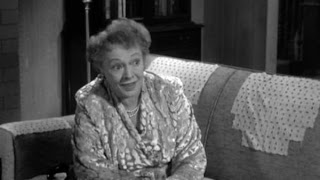 Originally slated for Lana Turner who turned it down, Torch Song marked Joan Crawford's return to MGM after a ten-year absence. It was an ambitious piece intended to break Crawford away from the type of roles she had been playing throughout the forties. The goal was not achieved however, beyond getting Crawford to show off her gorgeous legs and her skill at lip-syncing. She did try to sing for the film but despite studying opera when she was younger, her voice could not support the role she was playing. The crux of the story is the same- woman desperately seeks love but her hard-as-nails attitude and independence gets in the way. What does come across is the self-referential way that Crawford plays her character. She is Jenny Stewart. A big star in the autumn of her career, she realizes that she has sacrificed a lot for the love of her fans. As Molly Haskell states in the small documentary after the film, “Other people were great actresses, Joan Crawford was a great star.” Crawford was supremely devoted to her fans and because of them her job always, always came before anything else, including real love and supposedly, family. This must have been especially hard for her when work started to dry up, not only to lose the potential to retain and make fans but to know she sacrificed everything for them. 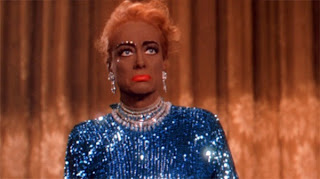 Despite Joan Crawford being one of my favorite actresses, I mainly wanted to see this movie because of this photo above. I honestly thought it was someone playing a mean joke to make her look like this and was disappointed to find this is actually a sequence in the film, she is actually painted up like this. Out of nowhere and apparently for no explained reason, this is the finale piece to the show Jenny Stewart is in. This is also the moment when Tye leaves the theatre without a word of congratulations or anything to Jenny. Can you blame him?


Tonight on TCM!
Spend an evening with Peter Sellers. His Pink Panther series were another favorite growing up.