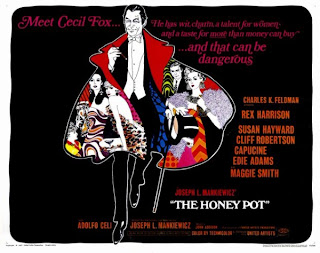 Inspired by a performance of his favorite play, "Volpone," Cecil Fox (Rex Harrison) devises an intricate plan to trick three of his former mistresses into believing he is dying. Fox hires William McFly (Cliff Robertson), a man of many trades including being a sometime actor to act as his secretary. Though the women have vast fortunes of their own, Fox depends on their greediness to bring them running. There is Merle McGill (Edie Adams), a Hollywood sex symbol; Princess Dominique (Capucine), who once took a cruise on Fox's yacht; and Lone Star Crockett (Susan Hayward), a Texas hypochondriac who travels with her nurse Sarah (Maggie Smith). 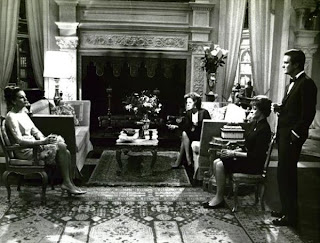 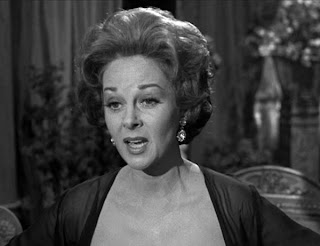 As Fox and McFly act out their charade, Lone Star states to the other women that she is the only one entitled to the inheritance since she is Fox's common-law wife. Later that night as Sarah and William go out for drinks where Sarah tells of her daily routine of walking Lone Star at 3:00 AM to give her more sleeping pills to get through the night, William then excuses himself to make a phone call and Sarah, tired from her travels slips off to sleep for about an hour. When Lone Star is found dead later that morning from an overdose, Sarah immediately suspects William. Her suspicions are confirmed when she finds the roll of quarters missing from Lone Star’s bag in William’s room.
She confronts William with her findings and he promptly locks her in her room demanding she keep her mouth shut about the whole situation. Fearing that William will now kill Fox, she uses the dumbwaiter that connects her room to his to pull herself up and warn him. Fox both praises her intellect and her stupidity, leaving Sarah slightly confused but relieved that she has forewarned Fox. 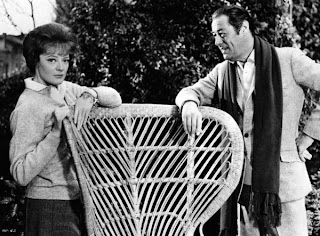 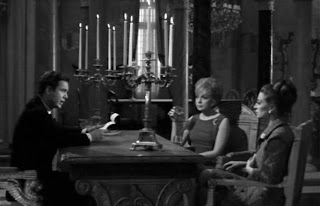 But did she warn the right man? Who really murdered Lone Star and why?
The Honey Pot starts out as a light comedy and as you settle in to see if the greedy women will get their comeuppance, you slowly begin to realize the movie is taking a dark turn. The Honey Pot is a very intelligent screenplay that really makes you use your noodle. Quite good.


Tonight on TCM!
Breathless (1960) A small-time hood hides out from the cops with his American girlfriend. Cast: Jean Seberg, Jean-Paul Belmondo, Liliane David, Daniel Boulanger Dir: Jean-Luc Godard
Posted by Sarah at 8:58 AM