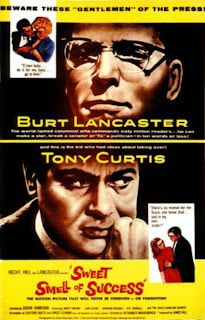 Press agent Sidney Falco (Tony Curtis), realizes he is being shut out when he is unable to get his clients mentioned in J. J. Hunsecker's (Burt Lancaster) influential newspaper column. His failure to make good on his promise to break up the romance between Hunsecker's younger sister Susan (Susan Harrison) and Steve Dallas (Martin Milner), an up-and-coming jazz guitarist leaves his business on the brink of going broke and Falco must now sink to new depths of depravity as he decides to spread false rumors in a rival column that Dallas is a dope-smoking Communist. Meanwhile he encourages Hunsecker to rescue Dallas's reputation in order to force the proud Dallas to choose between his integrity and owing something to Hunsecker, whom he does not respect. Knowing that Dallas will not be able to contain his contempt of Hunsucker, Falco’s plan works. However, when Dallas insults Hunsecker, he loses Susan but gains her brother’s enmity.

Hunsecker, orders Falco to plant marijuana on Dallas and have him arrested and roughed up by corrupt police officer Harry Kello (Emile Meyer). Though Falco is opposed to the idea at first, the temptation to take over Hunsucker’s column while he takes his younger sister to Europe to forget Dallas is too overwhelming. He does as Hunsucker orders.

Later, Falco is summoned to Hunsecker's penthouse apartment by a message apparently from Hunsecker, only to find Susan there alone. After a nasty confrontation, Falco must save Susan from jumping to her death. He does so just as her brother walks in, but Hunsecker, encouraged by Susan's silence, accuses him of trying to rape Susan. In a climactic confrontation, Falco reveals to Susan that her brother ordered him to destroy Dallas's reputation. Hunsecker in turn sets Kello on Falco, citing that he planted the marijuana on Dallas. After Falco leaves, Susan admits she attempted to commit suicide and walks out on her brother stating she would rather be dead than live with him. The movie ends with Falco being dragged away by the corrupted cop Kello. 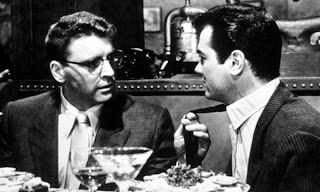 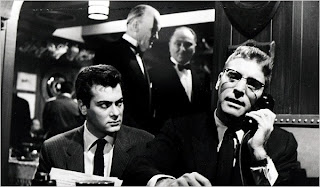 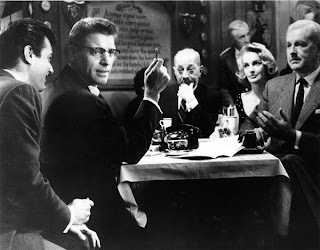 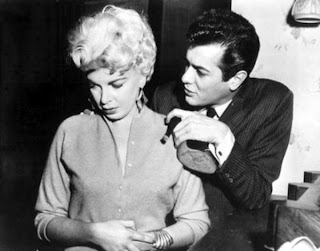 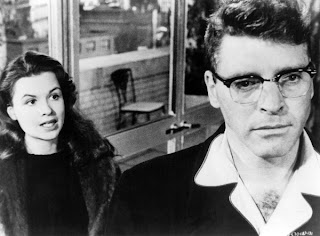 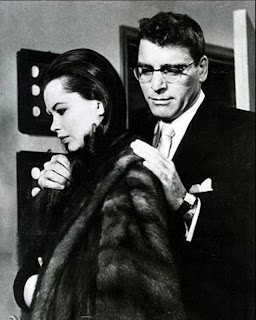 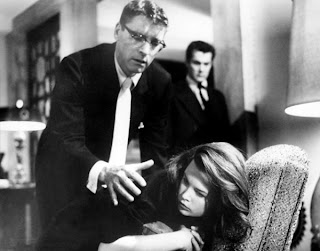 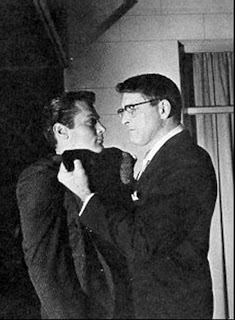 A rather dark tale about the sinister underbelly of celebrity gossip, Sweet Smell of Success, though not positively received at first, gained momentum for it’s gritty camera shots, razor sharp dialogue and realistic action. Success was also a break from the traditional role of funny, nice guy Curtis had been playing up to that point. Curtis’ lack of morals in face of his own greed must have been such an overwhelming experience for ealier audiences who had not seen him like this before. He conveyed such great contemp for the people who did not give in as easily as he. The altercation between him and Rita (Barbara Nichols) a cigarette girl in need of getting her job back was a despicably realistic scene. In order to get rival columnist Otis Elwell (David White) to print his slander about Dallas, Falco plans to use Rita’s “charms” to get his way. When she puts up a fight, he uses her insecurity and sudden unemployment to get her to comply.
In turn, Lancaster is even more contemptible. Loosely based on the soon to be obsolete gossip columnist Walter Winchell, Lancaster plays a cold and foreboding individual who calmly stands by as destroys lives.

The first US film to depict the exploitation of the press, Success was also an early example of how the fledgling studio system was helping to create a new type of cinema, one with more gritty realism and truth.