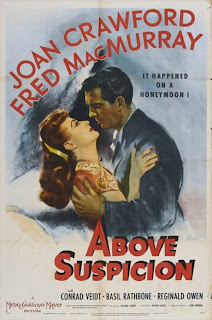 In the Spring of 1939, immediately after Frances (Joan Crawford) and her husband Professor Richard Myles (Fred MacMurray) are married, they are approached by a former classmate of Richard’s, Peter Galt (Richard Ainley) who is aware they will be honeymooning in Southern Germany. Peter asks Richard to track down a scientist who has information about a magnetic mine the Germans have developed. He has disappeared and Peter thinks Richard has a better chance of finding him since he will be seen as an American tourist and therefore, “above suspicion”. 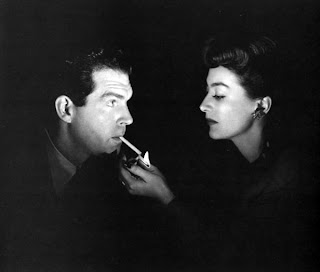 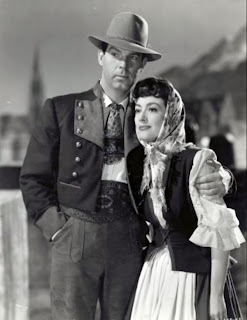 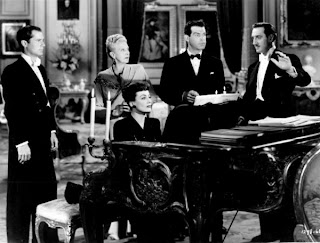 Unfortunately, not being professional spies, the Myles eventually arouse the suspicion of Count Sig von Aschenhausen (Basil Rathbone), another former Oxford schoolmate of Richard's with secret and sinister ties to the Nazi party. Once they find their quarry with the help of a surprisingly friendly Conrad Veidt, the Myles will risk life and limb, witness murder and subject themselves to Nazi kidnapping and torture, prompting one to wonder if Mrs. Myles will need get a better honeymoon next time around? 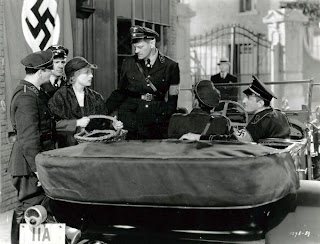 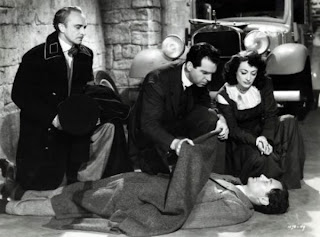 If one stretches the imagination, first to believe that Crawford is a fresh faced college kid who’s nabbed her favorite professor, and two, was excited about going to Southern Germany for a honeymoon in 1939, then it won’t seem to out of the realm of possibility for too extremely inexperienced tourist cum spies to foil several Nazi officers, completely change their identities as well as passports, and still manage to get back home safely with the needed information. Trust the studio to add a little light comedy to the film to detract from the almost impossible likelihood of anything like this coming off. Another stretch, as Crawford is not so handy in the light comedy department.

All this is not to say it’s a bad film. It’s still a Crawford vehicle and worth watching. MacMurray sprichst Deutch!