The Many Mini Review 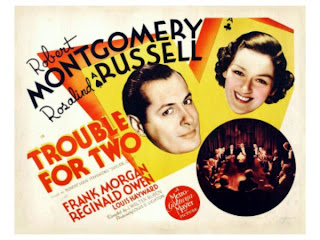 A little boring for an early Montgomery film. 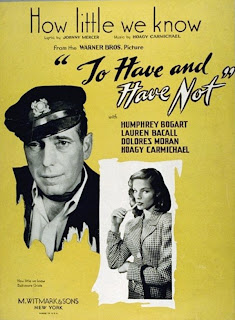 Great lines in this movie, Bacall at her most seductive.
TRIVIA: Bacall and Bogie used the nicknames “Slim” and “Steve” as an homage to Hawks who his wife “Slim” called Steve. Slim is the one who discovered Bacall. 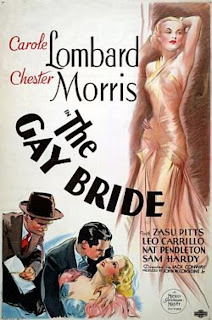 Not the most hilarious of the Lombard comedies but enjoyable nonetheless. 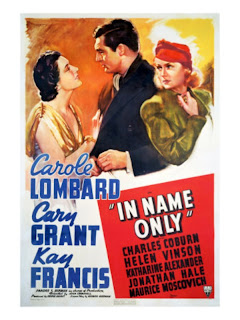 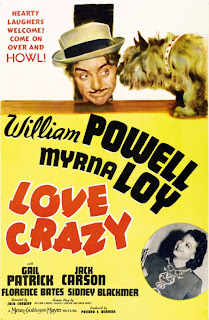 Hilarious film, especially Powell as a woman.
Trivia: William Powell had a mustache for the entire length of his career, but shaved it off when dressed as a woman. 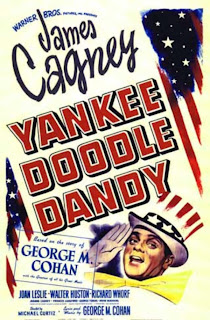 A little too lengthy but worth the watch to see Cagney dance! 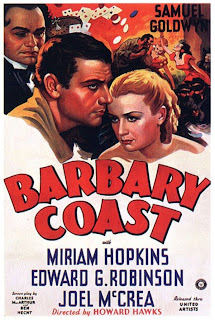 Slightly boring fare, but Brennan acting without his teeth is most entertaining.
Trivia: Known for being difficult on the set, Miriam Hopkins, from the onset did not get along with Robinson. She loudly complained to director Howard Hawks that Robinson was too short and demanded he stand on a box while shooting scenes with her. Robinson, in turn, requested she take her heels off. Well, tension was so bad on the set that when a scene that required Robinson to slap Hopkins took place, he did slap her…hard. It’s rumored that the rest of the cast and crew applauded.
Barbary Coast is also the vehicle that gave David Niven his screen start in a bit role as a Cockney sailor who is thrown out a window into the mud and moved Walter Brennan from a bit player to co-star status. 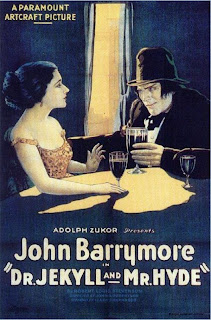 Barrymore scores another silent hit with his Mr. Hyde which is the scariest out of the three major DJMH films made. But March's is the best overall, in my opinion.
Trivia: Later in Barrymore's life, his fourth and last wife Elaine Barrie used to promise him a beer if he would do his Mr. Hyde impression. He was so successful in scaring the bejesus out of her, that in his triumph, he would forget all about the promised beer. 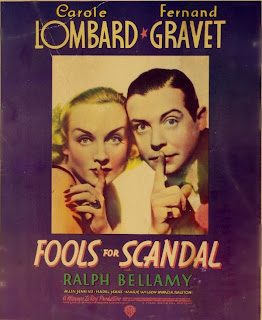 Was tedious and rarely funny for a Lombard comedy. 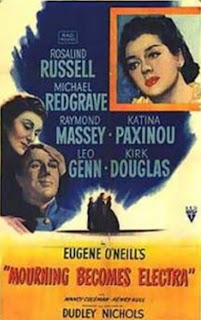 Russell and Redgrave are wonderful in this drama. Very good story line though a bit lengthy.
Trivia: in her book, Life Is A Banquet, Russell had this to say about Mourning becomes Electra: "I wanted to play the mother- I was a little too young, but I could have done it- with Olivia De Havilland playing Lavinia, the daughter, but Dudley [director] insisted I do the daughter. It was murder. Katina Paxinou [who played the mother] screaming and yelling all over the set; Michael Redgrave, a hell of a good actor, but nervous, taking pills to calm himself; Dudley refusing to change a single line because Eugene O'Neill was his idol. One gracenote in the discord of Electra: I received a rare, handwritten note from Eugene O'Neill telling me how he loved my performance as Lavinia." 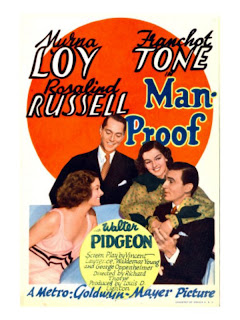 Tone over Pidgeon? Don't think so. I could have done with less Tone and more scenes with Pidgeon in them. 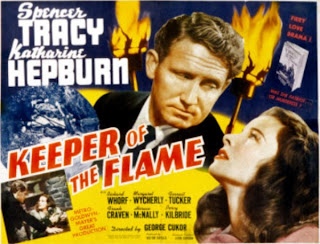 A wonderful film. Hepburn is so beautiful and haunting.

With lots of wonderful cameos from big stars of the day, spotting them is worth sitting through the tedious plotline. Also, Blondell is always a treat. 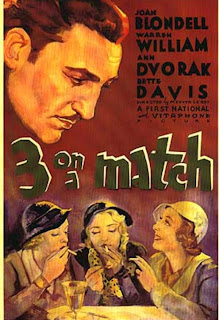 Another thirties-like plotline involving money and divorce- this one has a interesting twist in the end. Don't expect much from Davis, she's mostly there for the scenery. 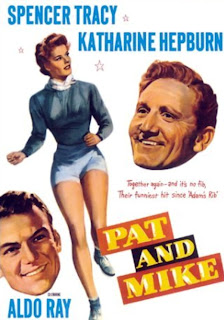 Good interaction between two great stars. It's funny to see Tracy playing a typical mug complete with bad suits, manners, and lingo.
TRIVIA: Kanin wrote this film specifically for Hepburn after seeing her ably play against tennis pros. He thought that her fans would like to see the athletic side of her. 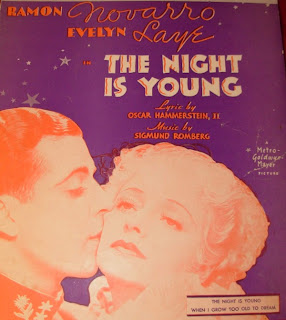 Not really hep to this film. Found it hard to believe that Henry Fonda got himself mixed up in it. Mostly tedious except for the sexual innuendo throughout. 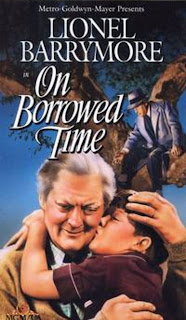 Heartwarming story with some funny dialogue delivered by a cantankerous Barrymore and Watson who plays his adoring grandson. 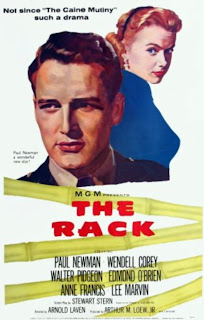 A solid performance from Newman and Pidgeon but I kinda wish they had dug a little deeper into the past of the father and son, given more detail to why Captain Hall did what he did. Guess I am just used to court dramas from the 80's and 90's. 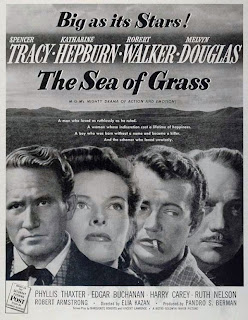 A good film and aptly performed by Tracy who plays a man with a serious and soon to be proven conviction.
TRIVIA: In his autobiography, Elia Kazan said of this film: "It's the only picture I've ever made that I'm ashamed of. Don't see it."
Posted by Sarah at 6:59 AM