The Month of Fredric March comes to a close...

I meant to do so much more with this month yet found myself reluctant to view all the films of Fredric March, even his last film, The Iceman Cometh. Time constraints and a sudden influx of new information has left me a little tongue-tied as well. That being said, I have decided instead to dedicate an entire blog to Fredric March once I get through Deborah Peterson's biography of him.

For someone who had such a large and encompassing career, it's the least a fan can do. So, please be on the look out for that in the near future. 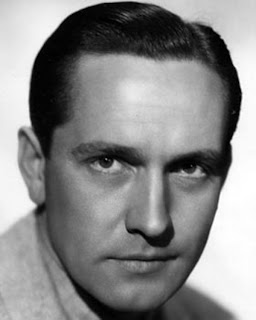 For those of you with the great fortune of having TCM, Fredric March is their star of the month in October. If you have never seen any of his films, give yourself the ultimate October treat and check him out!
Posted by Sarah at 6:23 AM

Email ThisBlogThis!Share to TwitterShare to FacebookShare to Pinterest
Labels: March