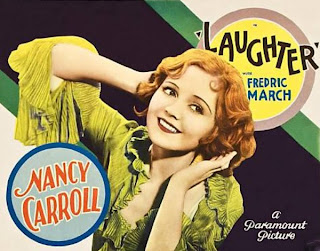 Peggy Gibson (Nancy Carroll) is a former Follies beauty who forsakes her love for struggling musician Paul Lockridge (Fredric March) for the security C. Mortimer Gibson (Frank Morgan), an elderly but very wealthy broker can provide her as a husband. After a year of marriage, Peggy realizes that security has it’s own price- boredom. When Paul returns from Paris, he offers diversion and fun. Eventually, they both realize they are still in love and Paul implores her to come away to Paris with him stating, "You are rich--dirty rich. You are dying. You need laughter to make you clean.” 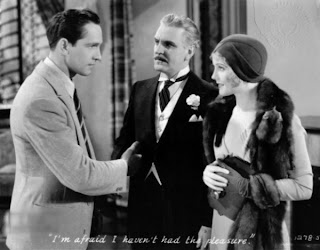 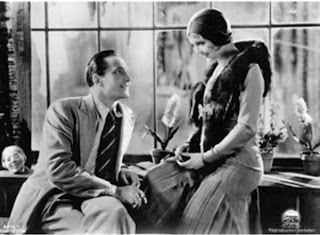 Parallel to their story is another man in Peggy’s life Ralph Le Saint (Glenn Anders), a young sculptor and friend to Peggy and Paul. He too is in love with Peggy and considers suicide when she does not return the sentiment. He is briefly dissuaded by the arrival of Gibson's daughter, Marjorie (Diane Ellis), who has returned from school abroad and takes a fancy to Ralph. However, when Marjorie plans to elope with Ralph, Peggy exposes the sculptor as a fortune hunter (insert irony here), and dejected, he commits suicide. The scandal causes Peggy to realize she truly is dying from all the security and so she confesses her unhappiness to Gibson and leaves for Paris with Paul. 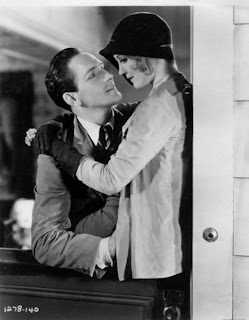 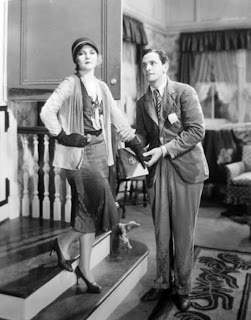 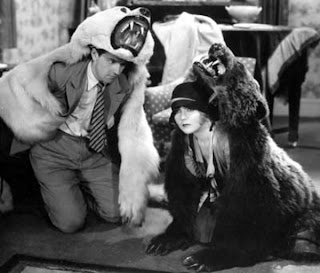 Laughter is a movie full of firsts- the first screwball, the first time Nancy Carroll and Fredric March made a film together, and Frank Morgan’s first talkie. It is also, sadly, the last movie young Diane Ellis made before she got married and passed away of and infection during her honeymoon. Carroll and March are a good pairing. So much so, they seem to only light up in the scenes they played together. The best part of the film is when they are caught in a rainstorm and break into the absent Higginbottom’s home. The scene is played out beautifully with no awkward pauses in action. March and Carroll play a little role reversal when March comes to greet “husband” at the door.
March: “I have a surprise for you.”
Carroll: “You don’t mean…”
March: “That’s right... I made a strawberry pie for dessert.”
The idea of March playing wife and perhaps popping news of a baby is as hilarious as it is scandalous for the time. 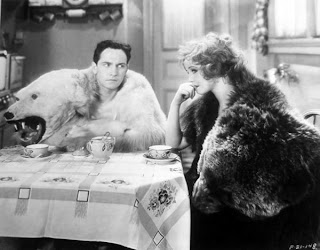 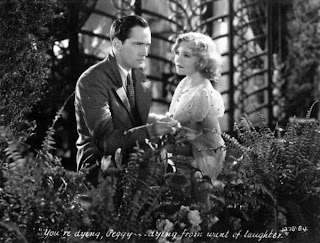 Another aspect of the film that really stands out is the emergence of the 30’s art deco style- the Gibson apartment especially. I don’t know if Laughter being shot in New York aids in this different feel of this style but I found it very noticeable. The 30’s attitude is also apparent with savvy dialogue and playfulness. When March and Carroll are arrested for breaking into the Higginbottom’s home, the police officer states this is the third break in. March’s clever response is, “That’s why there’s no whiskey!”
Laughter is another film accomplishment for March who received favorable notices on the film. Reportedly, Laughter was one of his all time favorites. It’s made so well and with such a light touch that it’s lost none of its charm and can be enjoyed even today.
March is a man made up of several different and eye-catching mannerisms. I don't know if these were developed to be scene stealers but if you watch him in films, you will notice that he is not often still, even when he is... still. In Laughter, he sits at the piano and contemplates a song, he moves his fingers over the keys, looks about searchingly as if the answer is above his head, and most importantly, sucks the chicken he's just devoured out of his teeth. Mannerisms such as these that are so commonplace, so practical, so relatable but only noticeable because no one else in the scene or even the movie considers doing something similar.