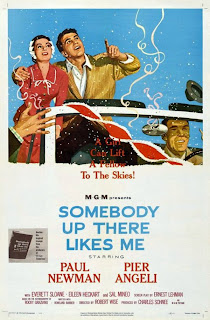 Somebody Up There Likes Me is based off the life of Thomas Barbella the middleweight champion known as Rocky Graziano (played by Paul Newman) who grew up in the tough streets of New York to an overindulgent mother (Eileen Heckart) and an abusive father (Harold J. Stone) whose own dreams of becoming a boxer never came to fruition. To escape his father’s drunken bouts of abuse Rocky would commit petty crimes with his friend Romolo (Sal Mineo) that led him to reform school, then to prison, then eventually to a short stint in the Army where he was dishonorably discharged for knocking out an officer. While AWOL Rocky figures he should make some quick dough to maybe pay off the officer but needs to keep it legit as his mother promises to disown him if he lands back in prison. So, taking the name Rocky Graziano he enters the ring to fight for money but is eventually caught by the military police and sentenced to Leavenworth prison. Once there, Rocky is approached by Johnny Hyland (Judson Pratt), the physical instructor at the prison. He sees Rocky's potential and encourages him to use his hatred to box professionally. 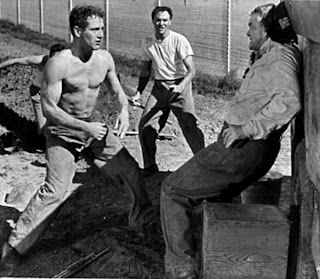 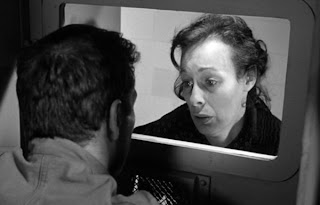 When he leaves Leavenworth, he hooks up again with his manager Irving Cohen (Everett Sloane) and begins a successful climb to the middleweight championship. Along the way he meets his future wife Norma (Pier Angeli) who must overcome the fact that boxing is what Rocky does best and to encourage him in other pursuits would lead him back into a life of crime. She manages to make Rocky want to be a better person, to strive for some sort of self respect and eventually serious success. 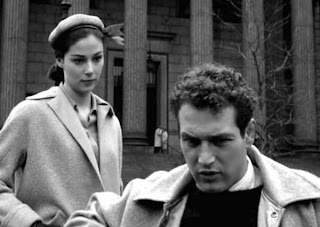 However, Rocky’s past catches up to him with the arrival of a former prison mate Frankie Peppo (Frank Loggia) who threatens to expose Rocky’s dishonorable discharge if he doesn’t throw his upcoming fight with Tony Zale. Rocky instead calls off the fight and comes under the heat of the district attorney. When he doesn’t give the name of the person bribing him, his boxing license is revoked. Despite his actions his past is revealed, leaving him crushed and hopeless. He does eventually get the chance to fight Zale since the fight is in Chicago and not New York. Fearing the crowds reaction to him and wary of past events, Norma must take charge to get Rocky to fight. In a lengthy and brutal match to the finish, Rocky wins. 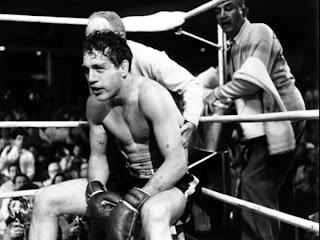 Paul Newman definitely took advantage of the time he spent with the real Graziano to perfect his mannerisms and speech. His portrayal of a rough neck from the streets of New York is spot on. This is, hands down, one of Newman’s best performances in my opinion. Better yet, the director Robert Wise didn’t take advantage of Newman’s beautiful profile with long moments concentrated on his face and pout (a staple in most of Newman’s earlier films). Instead, he has Newman become increasingly uglier as the movie progresses. 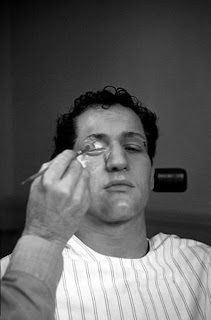 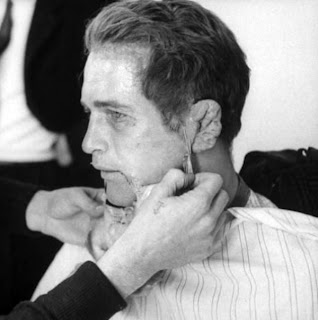 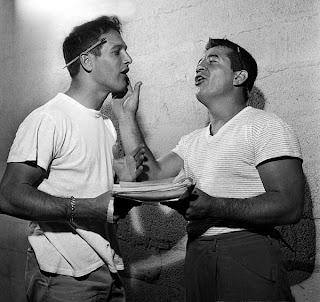 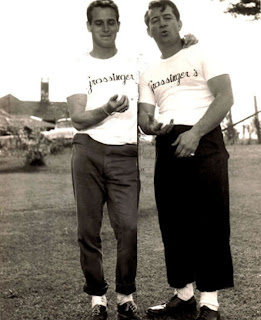 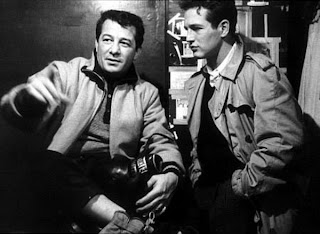 It must have been a great relief to both Newman and Angeli to have such a wonderful film together after the complete disaster of The Silver Chalice (1954).

Wise discovered Steve McQueen while in New York and cast him as Fidel, one of the boys in Graziano’s street gang. McQueen received no credit for this role.

Former middleweight champion Tony Zale almost played himself in the movie. He was still in great shape, so Wise signed him up. But when Zale and Newman were rehearsing the fight, Wise noticed that the inexperienced Newman "was a little gun-shy of this guy, Zale. He didn't quite know what to do. Paul was afraid that if he accidentally clipped Tony, Tony in just a fighter's reflex reaction, would cold-cock him....I've never forgotten the experience of seeing Paul pulling back from him." So Zale was replaced, much to his disappointment.

James Dean was originally slated to play the part of Rocky Graziano. However, due to his unexpected death he was replaced by Newman.

Email ThisBlogThis!Share to TwitterShare to FacebookShare to Pinterest
Labels: Angeli, Heckart, Loggia, Mineo, Newman, Newman's Own, Pratt, Sloane, Somebody Up There Likes Me, Stone