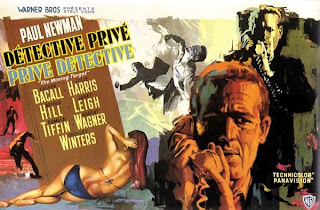 Harper’s a down and out private detective who’s addicted to his job despite not really liking any of his clients. He’s sacrificed his marriage to his passion for solving crime but doesn’t quite get why his wife (Janet Leigh) wants to divorce him. Harper is hired, on recommendation by his good friend Albert Graves (Arthur Hill) to find one of his missing clients, a Mr. Sampson, a millionaire who likes to womanize, drink heavily and then give away small fortunes. Harper’s encounter with Sampson’s indifferent wife, Elaine (Lauren Bacall) is the first indication that he has signed himself up for more than he bargained for. He is suddenly surrounded by neurotic characters like Miranda Sampson (Pamela Tiffin), Sampson’s spoiled and man-hungry daughter, Alan Taggert (Robert Wagner) the family pilot given to narcissism, Fay Estabrook (Shelley Winters) an aging and gluttonous starlet, Betty Fraley (Julie Harris) a seemingly lonely and drug addicted jazz singer, and Claude (Strother Martin), the crazy man living on top of a mountain that Mr. Sampson gave him. All are somehow connected and it will take Harper being beat up, chased by vehicles, and shot at to solve this crime that goes way beyond Mr. Sampson’s disappearance. 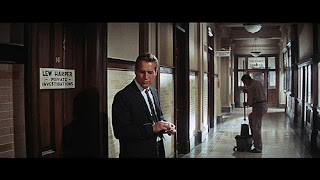 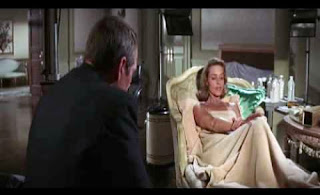 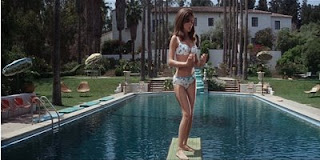 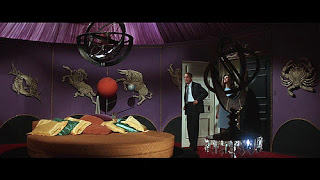 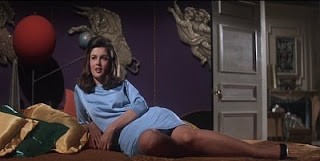 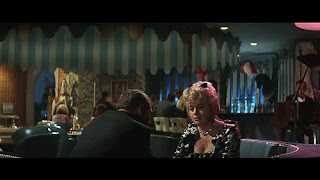 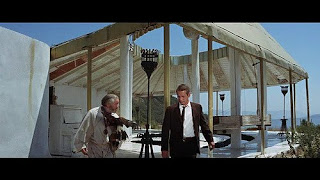 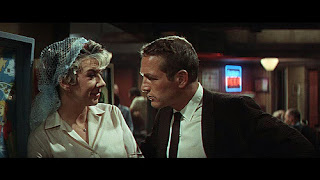 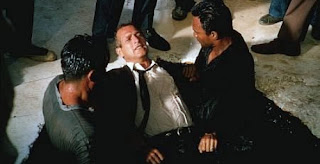 Harper is full of funny dialogue, intrigue and action. Obviously comfortable with his past successes, Harper is the type of film I enjoy seeing Newman in. He isn’t taking himself too seriously and the result is an actor who’s comfortable playing the anti-hero who pokes fun at himself and more hilariously, at others. This film is the continuous result of Newman becoming an icon of what can essentially be summed up in one word- cool. 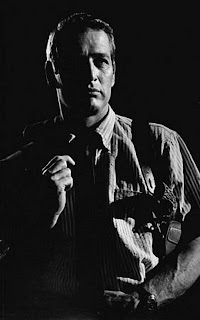 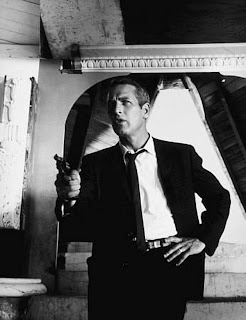 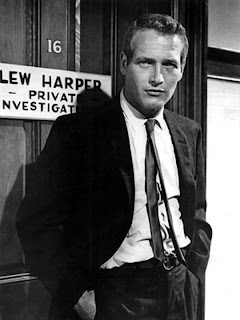 Sidenote:
The character in Ross MacDonald’s book is actually name is Lew Archer however, Newman was considered box office gold with movies like Hud and The Hustler under his belt so, probably due to studio superstition, they changed Archer to Harper to keep the H streak going. A year later there was also Hombre.