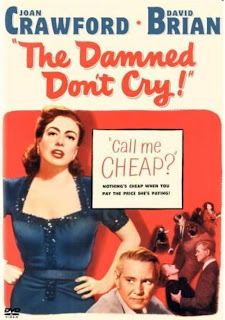 A formulaic film based on the life of Virginia Hill and her secret relationship with Bugsy Segal,The Damned Don’t Cry in many ways, can be compared to Crawford’s biggest hit of the forties,Mildred Pierce. The Damned Don’t Cry is about a woman who loses a child and rises in the ranks of society only to become entangled in a mess of her own design involving people of a less pious nature. Ethel and Mildred are also alike in their attitudes; they start out meek, become hard-boiled by experience and yet, melt at any sign of a man’s love. Always the wrong man.
Though the film is predictable, Crawford doesn’t disappoint. She’s always so very good at being redeemable. F. Scott Fitzgerald once said of her “Joan Crawford is the girl you see in smart night clubs, gowned to the apex of sophistication, toying iced glasses with a remote, faintly bitter expression, dancing deliciously, laughing a great deal, with wide, hurt eyes.” He was referring to her as a flapper at the time but in essence sums up Joan’s talent for conveying mixed emotions.
Looking at the list of the twelve films she did from 1940 up to The Damned Don’t Cry and having seen all but Flamingo Road, I would say that the forties was her best period in film. 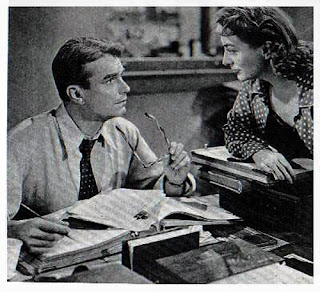 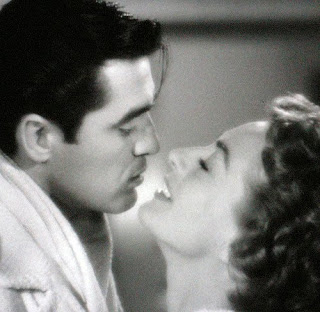 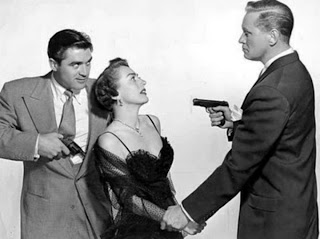