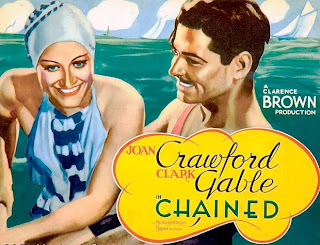 Diane (Joan Crawford) is in love with her boss Richard (Otto Kruger) and he her, unfortunately, he's married. Though he and his wife openly acknowledge there is no love lost between them, his wife will not grant him a divorce. She has become accustom to the life she is leaving and threatens to take the children away from him if he tries to divorce her. Diane, though disappointed, tells Richard that it doesn't matter- she is willing to take their relationship to the next level (it's implied they've been chaste). Being the generous man he is, Richard sends Diane on a cruise in order for her to spend some time alone and think about what she will be committing herself to. 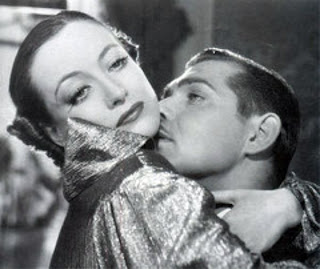 From the very first day of the cruise, Diane is pestered by Johnnie (Stewart Erwin) and "rescued" by Mike (Clark Gable). When Diane finds out that Johnnie and Mike are actually friends, her frosty demeanor becomes downright icy. No problem for Mike, he can melt anybody with a daiquiri and a smile. He persistently woos Diane on the rest of the cruise and finds out, with no help from her, where she is staying once they reach South America. Very George Brent and Kay Francis in The Keyhole (1933). When Diane and Mike do meet up again, she spends a lovely day on his ranch and finally admits her love for him. With a promise to return to South America once she has told Richard she loves Mike (despite Mike insisting, and rationally so, she simply write Richard and tell him the situation) Diane leaves to return to New York.
Upon her arrival, she learns that Richard has gotten his divorce. He has given up his family for his love of Diane and is ready to marry immediately. Feeling responsible for his sacrifice, Diane makes one of her own and ends up sending Mike the dreaded letter.
When she finally runs into Mike a year later by chance, she is given the opportunity to explain why she chose Richard over him. Obviously they are still in love and Mike insists that he speak with Richard in order have Diane free from her obligation to him. Diane refuses but Mike shows up to their vacation home anyway. After a few minutes with Richard, Mike does not have the heart to reveal their love and leaves. However, Richard has sensed that Diane has not been the same since the cruise and could see that Mike was the reason why. He magnanimously gives her a divorce and eventually is granted permission to see his children again. 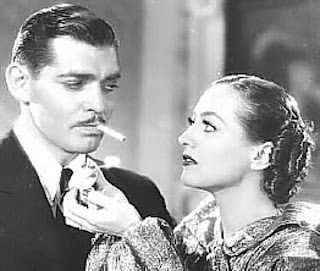 Despite the predictability of this feature, I like all interactions between Gable and Crawford. Their natural chemistry takes away from the mundaneness of the plot. Though I felt sorry for Richard, played well by Kruger, Crawford is one of the greatest on-screen martyrs, and you simply must let her have her way.
Tonight on TCM!
These Wilder Years (1956) A wealthy businessman sets out to find his long-lost illegitimate son.
Cast: James Cagney, Barbara Stanwyck, Walter Pidgeon, Betty Lou Keim Dir: Roy Rowland
Posted by Sarah at 5:00 AM