Kitty Foyle: The Natural History of a Woman (1940) 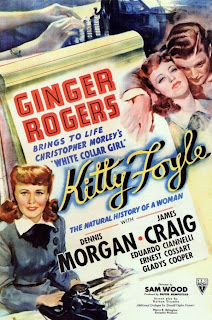 Kitty (Ginger Rogers) is a woman torn between two men that will bring her two different types of lifestyles. There's Dr. Eisen (James Craig), a humble doctor who enjoys administering to the poor. Though his work will not be profitable, he loves Kitty and will be able to provide her his name, protection, and the family she craves. Then there is Wynnewood "Wynn" Stafford VI, Kitty's true love. He loves her but cannot marry her.
Told in retrospect, we learn of Kitty's upbringing, how she was raised on the wrong side of the tracks by her loving father who strove to keep Kitty from heartbreak with her tendency to daydream and wish to be like the socialites of their town. When she meets Wynn, her father soon sees he's failed at making her realize how different Wynn's people think she is.
When Kitty and Wynn meet, it's love at first sight. Finding out she has no job, Wynn immediately hires her as his secretary. He has decided to strike out on his own and start a magazine. An endeavor that Kitty encourages as she sees Wynn detests the idea of going into the family business. When the magazine fails, she encourages him to move to the city and try his luck there instead of heading home in defeat. They secretly marry and though his family accepts the marriage, they want to groom Kitty to become one of their own and bring Wynn back into the family business. When Kitty puts her foot down she learns where Wynn's loyalty lies and divorces him. Months later, a pregnant Kitty is determined to raise her child to be made of sterner stuff, unfortunately, the child is stillborn. Worse yet, Wynn has remarried to someone in his own social class and eventually has a son of his own.
When Wynn's wife unsuspectingly stops into the shop Kitty works for and brings her son along, Kitty gives the child the engagement ring Wynn gave her with directions for him to give it to his father as a birthday gift. This is how Wynn finds her after so many years and proposes that she run away with him the same night that Dr. Eisen proposed marriage to her.
Now kitty must decide, live lavishly but with no pride as a married man's mistress or as the wife of a humble doctor that will provide her the family she wants. 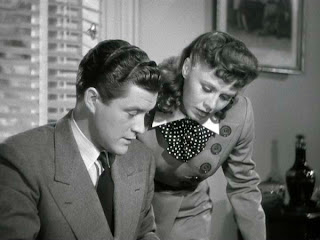 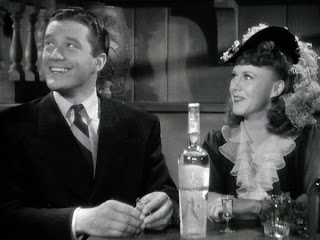 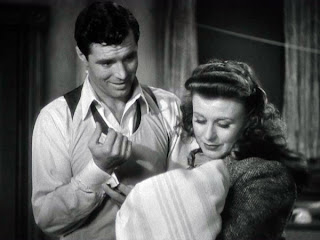 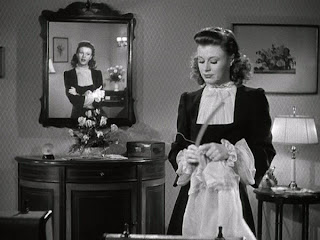 Kitty Foyle would have been another delightfully paced movie with a typical moral message but stands out due to the spice Rogers gives it with her natural allure, sass and seriousness. The more I watch Rogers,the more fascinated I become with her. She had the ability to be annoying (Professional Sweetheart), hep (Once Upon a Honeymoon), hilarious (Vivacious Lady), sarcastic (Finishing School, Stage Door), romantic (The Gay Divorcee), and childlike (The Major and the Minor), all with the extra talent of singing and dancing (Goldiggers of 1933, Roberta) to boot. She was a multi-faceted, shining talent and I think it's important to note (as I have only seen her in one film with Astaire) that she's talented enough to stand alone without need of ever mentioning Astaire's name.
Red, Hot And Blue (1949) An actress's rising career is threatened when she finds a dead gangster in her apartment. Cast: Betty Hutton, Victor Mature, William Demarest, June Havoc Dir: John Farrow
Posted by Sarah at 5:00 AM